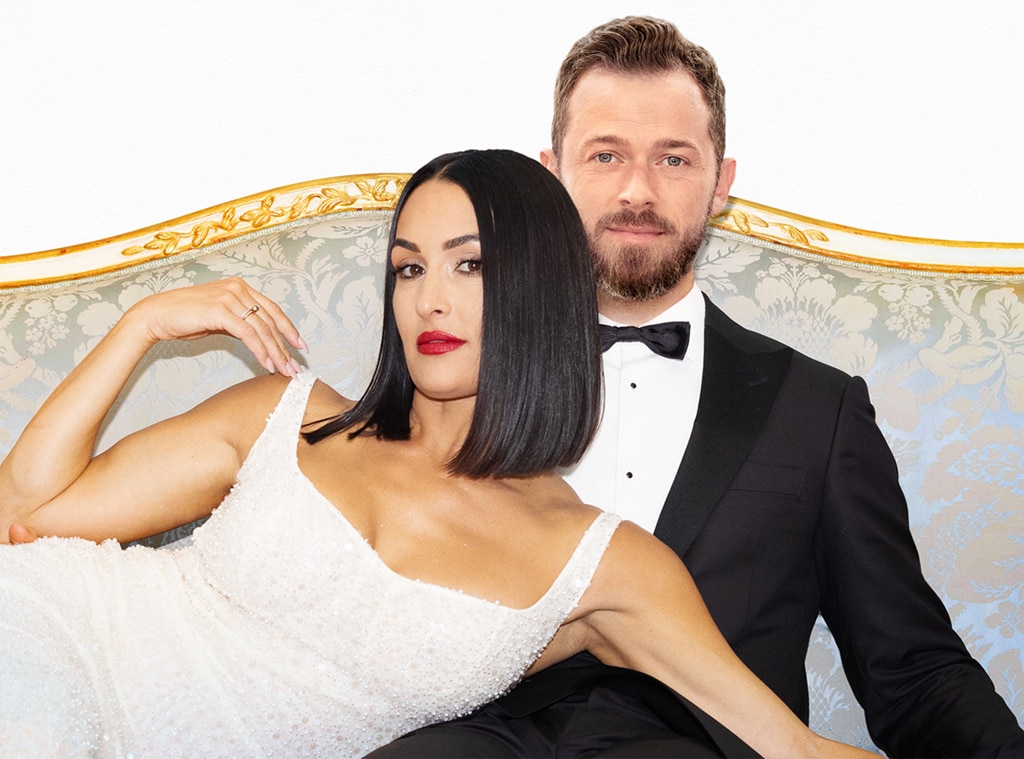 Choosing a dress for her wedding to Artem Chigvintsev was a piece of cake for Nikki Bella.

That’s because the Total Bellas alum already had her dream gown, which she got while engaged to ex John Cena, with whom she split in 2018 after six years together. And as Nikki exclusively told E! News, there was no other outfit she could imagine walking down the aisle in.

“When you dream of having that day and that dress and that’s something that you love as a little girl or a woman, and for me that’s what that dress was,” she explained ahead of her and Artem’s E! wedding special Nikki Bella Says I Do. “When I saw it, I thought of me and me in it and it’s something that I loved so much—and I paid for it. So I felt when Artem and I were planning our wedding, I just couldn’t help but feel like, ‘Why do I have to give up the dress that I love because it was maybe gonna walk down another aisle?’ I just felt like, no, this was for me and for no one else but me.”

However, the 39-year-old added, “I made sure to have that conversation with Artem, because if he did have an issue with it, I would have for sure not have worn it. His opinion mattered to me, but then I was so pleasantly surprised at how he felt.”

As for how Artem, 40, felt about his bride wearing a dress she bought while in a previous relationship, he plainly stated, “I didn’t mind.”

“Nicole always asked me ‘would it be OK?’ I honestly think people make such a big deal about it,” he explained. “I didn’t care at all. Like you start putting energy out there where it shouldn’t be. It shouldn’t affect us getting married. It was totally fine. But I didn’t see the dress until the very last moment.”

When the Dancing With the Stars pro finally saw Nikki in her dress for the first time at their August 2022 Paris nuptials, the first thing he thought was “wow”—however he had plenty of other things on his mind.

“I was thinking about all my vows and what I need to say,” Artem admitted. “It’s actually very stressful because it’s a one-take wonder, right? It’s a one-time type of a deal. You don’t want to mess it up. You just want it to be exactly perfect and I think when I saw Nicole walking through, like, ‘Wow. This is exactly what’s supposed to be.'”