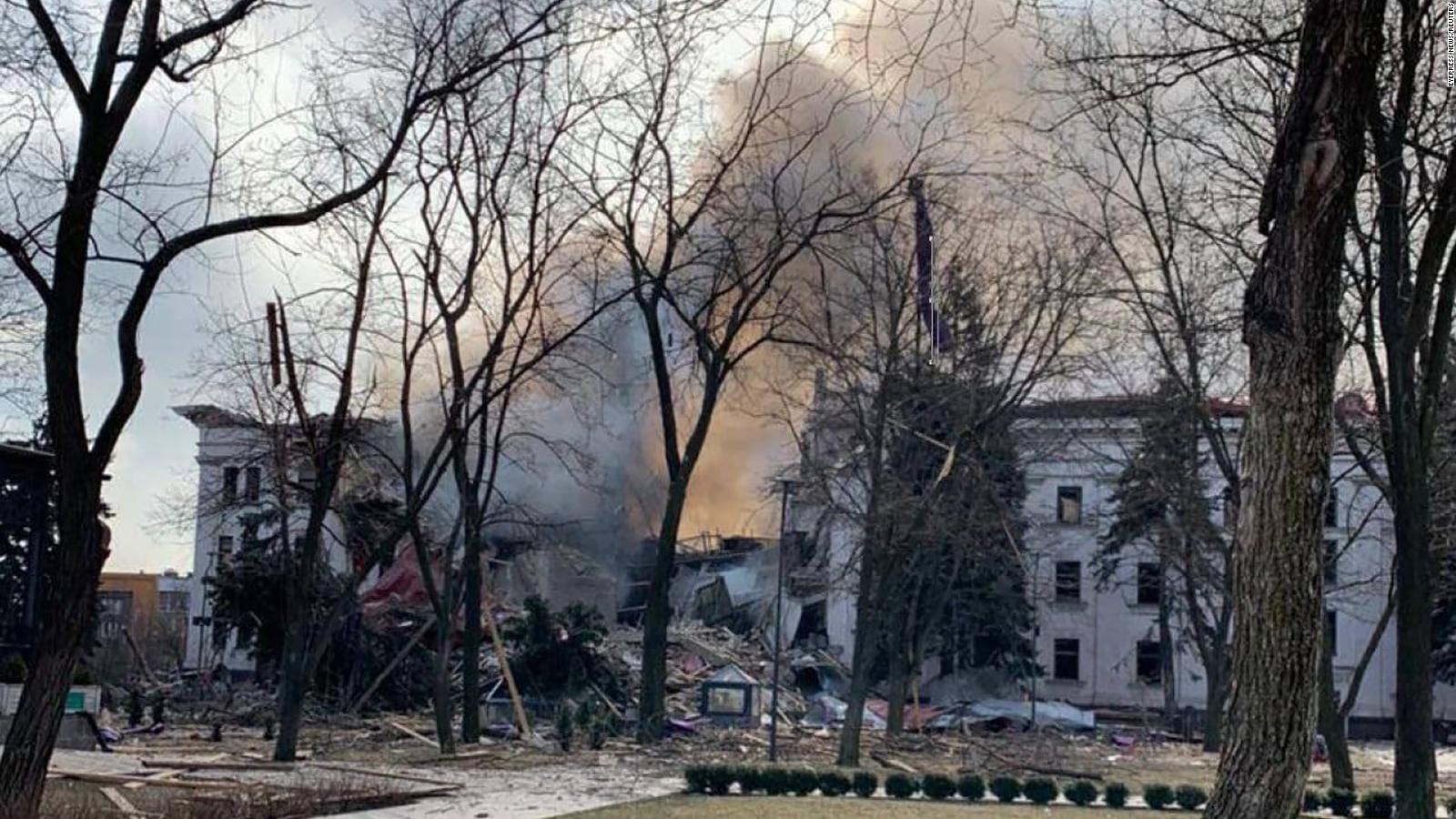 If the video player does not work, please follow this link: https://www.bbc.com/news/av-embeds/60873435/vpid/p0bxkf6s

An estimated 300 people were killed in an attack on a theatre sheltering civilians in the besieged port city of Mariupol, an official has told the BBC.

Petr Andryuschenko, advisor to the mayor of Mariupol, said some 600 people were in the building when it was hit.

The attack is believed to have caused the worst known loss of life in a single strike since the invasion began.

Communication with Mariupol remains difficult so it is hard to independently verify information.

Russia has denied carrying out the attack, which has been widely condemned.

At the time of the strike, the word “children” had been written in giant letters on the ground outside the theatre building in the centre of the city.

In the wake of the attack, both Dmytro Kuleba, the Ukrainian foreign minister, and the city council accused Russia of committing a war crime.

The BBC spoke to survivors of the bombing who described mothers searching for their children under the rubble, and a five-year-old child screaming that he did not want to die.

Mr Andryuschenko told the BBC’s Newshour programme that 600 people were inside the building before the attack, with about 300 of those in a basement shelter.

He said officials were able to check the death toll because they had a record of who was in the theatre before the missile strike and had spoken to survivors.

The authorities had not been able to start a rescue operation because of street fighting and continued Russian shelling nearby.

“From eyewitnesses, information is emerging that about 300 people died in the Drama Theatre of Mariupol following strikes by a Russian aircraft,” officials wrote.

Mr Andryuschenko also confirmed that fighting was continuing in the middle of the city, but insisted that Russian forces had not yet managed to take control of the city.

The port city of Mariupol is key to Russia’s military campaign. If it falls, it would give Russia control of one of Ukraine’s biggest ports and create a land corridor between Crimea and the Russian-backed regions of Luhansk and Donetsk.

Next
World freedoms at stake, President Biden tells US troops