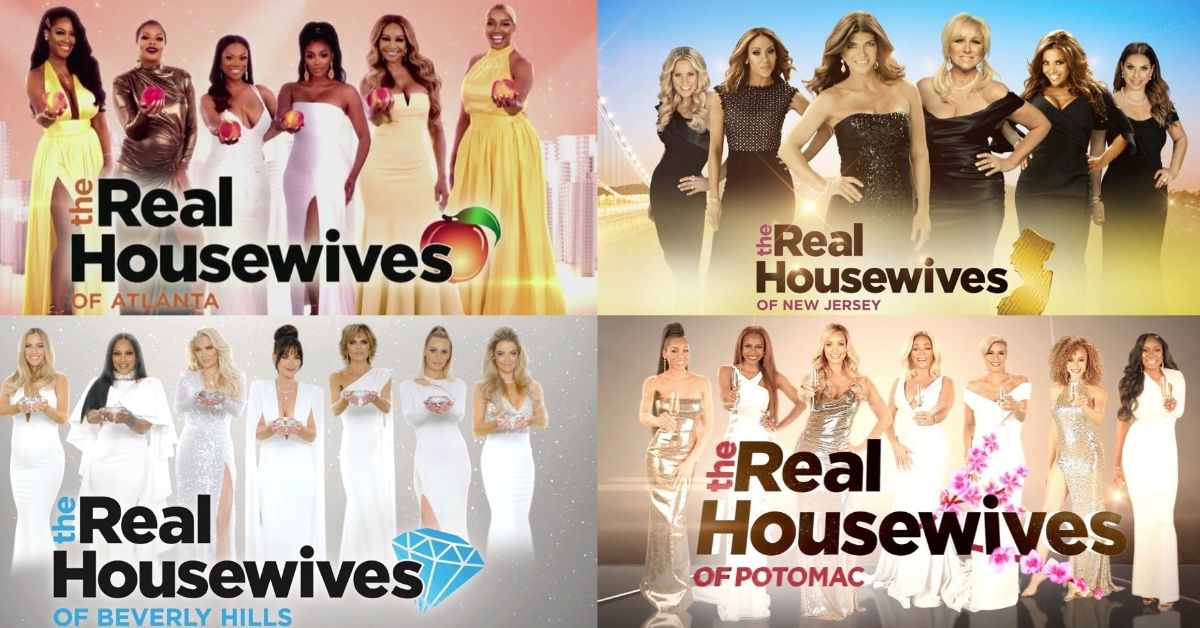 Want To Feel Old? These Real Housewives Babies Are All Grown Up!

Share
Home
Entertainment
Want To Feel Old? These Real Housewives Babies Are All Grown Up!

The Real Housewives franchise is an international reality television series by Bravo consisting of 57 programs, 11 American installments, 20 international installments, and 26 spin-offs. The Real Housewives franchise follows groups of affluent women in certain cities across the globe as they share their personal and professional lives with viewers. The show was inspired by scripted soap operas including Desperate Housewives and Peyton Place, which documents the lives of upper-class women in gated communities.

Since first launching the American franchise on Bravo in March 2006, and the international franchise in 2011, the Housewives’ babies have all grown up onscreen! These Housewives’ babies are all listed below with details about their time on the franchise and everything they’ve been up to from then to now. From Kandi Burruss’ daughter Riley Burruss, to Shannon Beador’s daughter Sophie Beador, and more, here’s the Real Housewives babies who are now all grown up.

Kandi Burruss has appeared on the Real Housewives of Atlanta since July 2009, alongside her daughter Riley Burruss who was age seven when first debuting. Riley is now a 20-year-old, third year college student at NYU, interning at a label with aspirations to pursue a career in the music industry. Riley said, “I want to work in the music industry, on the business side… So, of course, [my mom] played a huge role in that.”

Teresa Guidice starred on the Real Housewives of New Jersey since Season 1 in 2009 with her daughter Gia Giudice who debuted at age eight. Gia is now a twenty-one-year-old senior in college at Rutgers University, studying criminal justice with aspirations to pursue a career as a lawyer. She said, “I’m still pursuing my dream of becoming a lawyer, so that’s really exciting for me… I just want to help families… and help children.”

Kyle Richards has appeared on the Real Housewives of Beverly Hills since its premiere in 2010 alongside her four daughters Farrah, Alexia, Sophia, and Portia. Farrah first appeared on RHOBH celebrating her college graduation party, and has since established a career in real estate and became engaged in November 2021. Alexia now works closely with her father’s company The Agency and represents the next generation of professionals in the fast-paced world of real estate.

Kyle’s youngest daughters Sophia and Portia Umansky first appeared on RHOBH at the ages of ten and two years old when the show first premiered. Sophia studied business and was event chairman of Kappa Kappa Gamma at George Washington University in D.C., and currently pursues a real estate career. Portia most recently opened up about struggling with remote schooling, experiencing anxiety before her Bat Mitzvah, and the inspiring discussion she had with her Rabbi.

Ramona Singer starred on the Real Housewives of New York City during the first thirteen seasons from 2008 to 2021 with her daughter Avery Singer. Ramona reflected saying, “You know it’s really interesting to see how much Avery has evolved from the show. When she first started filming 10 years ago, she was 12 years old. This little skinny mini… Now she’s taller than me… She’s a beautiful person inside and out and she’s remarkable.”

Shannon Beador joined the Real Housewives of Orange County in 2014 during the ninth season with her daughters Sophie, and twins Stella and Adeline joining at ages fourteen and eleven. Sophie is now twenty-one years old, attending college in Waco, TX at Baylor University and a sorority member of Kappa Kappa Gamma; while the twins recently celebrated their eighteenth birthday, with each having plans to attend college soon, and recently opened their first bank account.

Lisa Rinna has starred on the Real Housewives of Beverly Hills since 2014 with her daughters Delilah Belle and Amelia Gray debuting at young ages. Delilah graduated high school in 2017 before attending New York University to study criminal psychology, and is now twenty-four years old, working as a model. Amelia graduated high school in June 2019, then moved to N.Y.C. to study nutrition, wellness, and psychology, and currently works as a model.

Kim Zolciak-Biermann appeared on the Real Housewives of Atlanta in 2008 with daughters Brielle and Ariana Biermann, and the family later aired a spinoff show. The sisters are now ages twenty-five and twenty-one and will soon debut their own reality series; which documents their lives as they navigate being cut-off from their wealthy family in search of financial independence. They also have plans to launch their own hair care line, which is the premise of the show.

Next
Cheryl Burke Is Leaving Dancing With The Stars After 26 Seasons; Says “This Has Truly Been The Experience Of A Lifetime”