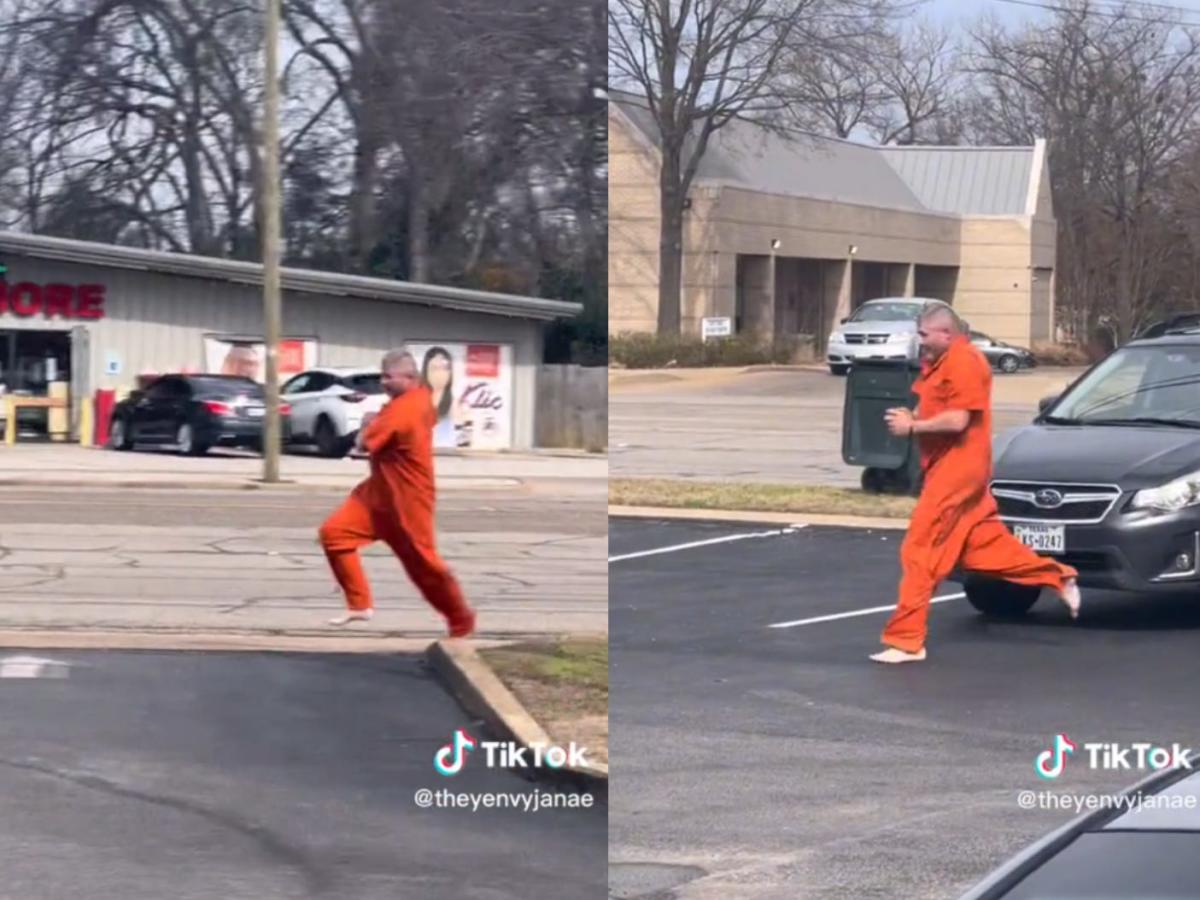 A Texas man was caught on camera after he escaped from a transfer vehicle.

In an unbelievable caught-on-camera moment, a woman captured a Texas inmate escaping a prison vehicle and posted it to TikTok where the video has already garnered over 3 million views.

In the clip, a man clad in an orange jumpsuit and handcuffs can be seen sprinting through a parking lot as the woman shooting the video laughs and screams while following him with her camera.

“Y’all actually got this on camera,” one user joked in the comments. “I thought this was a movie scene.”

The inmate then turns the corner and jumps over a fence as law enforcement chases him and fails to stop him. The woman then pans the camera back to the sheriff’s transfer vehicle where the man escaped from, showing his orange prison sandal still on the ground.

“You lost the inmate,” the girl recording the video says, mocking the officer. “Where’s your backup?”

Per local outlet KLTV, the inmate, now identified as Timothy Chappelle, was being transferred from a low-risk facility to a main facility downtown in Tyler, Texas where he was serving time for felony criminal mischief charges after breaking and entering two homes.

Smith County Sheriff Larry Smith said that Chappelle escaped by kicking open the window of the van when it was stopped at a red light in an intersection.

How Kristin Chenoweth is connected to the Girl Scout murders

In a follow-up video, Chappelle can be seen being detained on the front lawn of a house after an officer pins him down and back up escorts him to the vehicle.

“He was practicing for a marathon,” one viewer joked.

According to KLTV, Chappelle is now being charged with escape and two counts of burglary of a habitation.