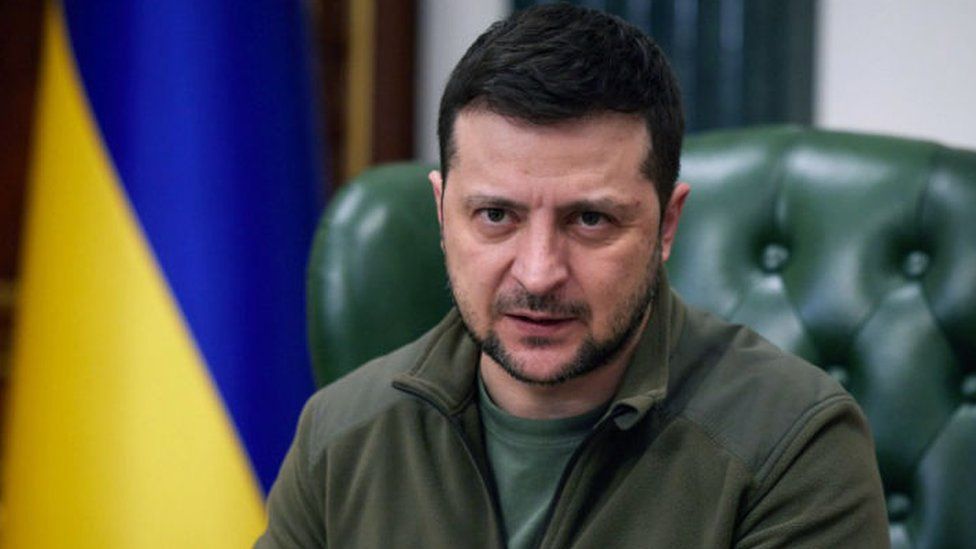 In his nightly TV address, he said Russian forces had suffered worse losses during their invasion of his country than in the Chechnya conflict.

He said they had already begun to understand that they would not achieve anything by war.

“I know that you want to survive,” he said, adding that those who surrendered would be treated “as people, decently”.

He said he was “grateful to those Russians who do not stop trying to convey the truth” and who fought disinformation.

Negotiations between Russia and Ukraine are expected to continue on Tuesday, with Mr Zelensky saying “pretty good” progress had been made so far.

Later, in a video call to UK Prime Minister Boris Johnson and representatives from the multinational Joint Expeditionary Force, the Ukrainian leader once again berated Nato over its refusal to implement a no-fly zone.

Mr Zelensky said Nato was “the strongest alliance in the world” but “some of the members of this alliance are hypnotised by Russian aggression”.

He added that Vladimir Putin’s invasion had undermined European security infrastructure and that fears of World War Three were allowing Russia to bombard peaceful cities.

In another diplomatic move, the Polish, Czech and Slovenian prime ministers are on their way by train to Kyiv to meet Mr Zelensky.

The Polish government said in a statement that the visit was intended “to confirm the unequivocal support of the entire European Union for the sovereignty and independence of Ukraine and to present a broad package of support for the Ukrainian state and society”.

However, authorities in the beleaguered capital have announced a 35-hour curfew to begin at 20:00 local time on Tuesday.

Kyiv mayor Vitali Klitschko said it would last until 07:00 on Thursday, adding that it came at “a difficult and dangerous moment”.

Celebrities Who Are Obsessed With Their Cats: Taylor Swift, Kate Beckinsale and More

Addressing the Russian invaders, Mr Zelensky said: “We hear your conversations in the intercepts, we hear what you really think about this senseless war, about this disgrace and about your state.”

Therefore, he said, he was offering them a choice on behalf of the Ukrainian people.

“If you surrender to our forces, we will treat you the way people are supposed to be treated. As people, decently.

“In a way you were not treated in your army. And in a way your army does not treat ours. Choose!”