Russia has a mandatory 12-month military service for all men between 19 and 27 years of age.

From the beginning of the Ukraine invasion, the Russian army has denied allegations that conscripts had been deployed for the “special operation” against Ukraine. Just three days ago, President Vladimir Putin had denied the allegations. “Conscripted soldiers are not participating and will not participate in the fighting. There will not be an additional conscription of reservists either. The fixed objectives are only carried out by professional servicemen. I am sure they are guaranteeing security and peace for the Russian people in an effective manner,” Putin said in a televised address to mark International Women’s Day on March 8.

The allegations of conscripts at the front arose after complaints from mothers that they had been unable to contact their sons who were undergoing compulsory military service.

On March 9, Defence Ministry spokesman Dmitry Peskov said that some conscripts had been sent to Ukraine, news agencies, quoting Russian state-run media, are saying. Peskov said that some of these conscripts had been captured by the Ukrainian forces and taken prisoner of war. He said
Putin had ordered military prosecutors to investigate and punish the officials responsible after discovering that his instructions to exclude conscripts from the operation had been disobeyed.

Of Russia’s 1 million-strong military, Western analysts estimate roughly a quarter could be conscripts. For more about the Russian military, read this.

On March 9, the Russian Ministry spokesman Igor Konashenkov said a chemical weapons attack using ammonia was being planned in Ukraine in order to accuse Russia of using chemical weapons.

“Ukrainian nationalists delivered around 80 tonnes of ammonia to the populated locality of Zolochiv, north-west of Kharkiv, in the early hours of March 9. According to residents who have left Zolochiv, nationalists are training them what to do during a chemical attack,” Konashenkov said at a press briefing on Wednesday, Interfax reported.

“All this indicates that Ukrainian nationalists are plotting provocations involving toxic substances in order to subsequently accuse Russia of allegedly using chemical weapons,” he said.

Refuting the allegations, White House Press Secretary Jen Paski said the claims were false and served as an alert for a possible use of chemical weapons in Ukraine by Russia.

“This is all an obvious ploy by Russia to try to justify its further premeditated, unprovoked, and unjustified attack on Ukraine.Explained | Turkey’s stakes in the war

“Now that Russia has made these false claims, and China has seemingly endorsed this propaganda, we should all be on the lookout for Russia to possibly use chemical or biological weapons in Ukraine, or to create a false flag operation using them. It’s a clear pattern.

Earlier in the day, Leonid Slutsky, head of the Russian State Duma Foreign Affairs Committee pounced on testimony by US Undersecretary of State Victoria Nuland in December 2021 to allege that Ukraine and the US had violated the Biological and Toxin Weapons Convention.

“For years, there has been a direct threat to security not only to our country, but the region, the European continent, or even perhaps the entire world (as the pandemic record shows) right at Russia’s doorstep,” Interfax reported Slutsky messaging on his Telegram channel on Wednesday.

“The American patrons of the Kyiv regime understand clearly that, if Russian experts gain access to laboratory samples, which have been hastily eliminated in Ukraine since February 24, it’s very likely that this would confirm that Kyiv and Washington have breached the Biological and Toxin Weapons Convention,” he said.

“And what if these developments fall into the hands of extremists and nationalists?” Slutsky said. “Do the American authorities realise consequences of possible provocations?” he said.

In a hearing of the US Senate Foreign Relations Committee on December 7, 2021, Nuland had said: “Ukraine has biological research facilities, which, in fact, we are now quite concerned Russian troops, Russian forces may be seeking to gain control of, so we are working with the Ukrainians on how they can prevent any of those research materials from falling into the hands of Russian forces should they approach”.

According to a Reuters report, Ukraine has public health research laboratories researching diseases that affect animals and humans. While these labs have received funding from the US, EU and WHO, the Pentagon’s Biological Threat Reduction Program works with the Ukrainian government to ensure the security of pathogens and toxins stored in the laboratories. The report said when similar biowarfare accusations arose in 2020, the U.S. embassy in Kyiv issued a statement saying its involvement was to ensure “dangerous pathogens do not fall into the wrong hands.”

And the talks continue…

This will be the first time that Russia and Ukraine are holding talks at this level. Three rounds of talks have been between Russian and Ukrainian officials to discuss the opening of humanitarian corridors for the evacuation of civilians. The Turkish foreign minister Melvut Cavusoglu has said the talks, which will take place on the side lines of the Antalya Diplomatic Forum, would be held in “tripartite format” with Turkey, represented by him, acting as mediator.

Kuleba has said he was not expecting any breakthroughs at the talks, but would push Lavrov for a ceasefire, the removal of Russian forces from Ukraine as well as take up ways to address humanitarian issues arrising out the invasion

“We are preparing for talks with my Russian counterpart, Minister Lavrov. They will take place tomorrow. We are working very seriously at the moment in order to hold them as efficiently as possible. But, to be honest, I have quite moderate expectations as far as these talks are concerned. I do not have any heightened expectations for them, but, beyond any doubt, we will do as much as we can,” Kuleba said during a live stream on Facebook on Wednesday.

“We are strong and we are confident of ourselves. We will do our best to uphold the interests of Ukraine and the Ukrainian people. What we will get in the end is another question. It depends, among other things, on what instructions and directives Mr. Lavrov has as he heads to these talks. I hope that he will pursue an honest approach to these talks, acting not from a propagandist perspective, but with the aim of looking for solutions that will stop this war,” Kuleba said.

Ukrainian President Volodymyr Zelenskyy told German newspaper Bild that “in any negotiation, my goal is to end the war with Russia. And I am also ready to take certain steps.”

“Compromises can be made, but they must not be the betrayal of my country,” Zelenskyy said.

The Kremlin spokesman said the talks were an “important continuation” of the negotiation process.

“Speaking of the meeting between the foreign ministers [of Russia and Ukraine], this is a continuation of the negotiating process, and a very important one. Let us not jump the gun,” Peskov said at a press conference on Wednesday in response to a request for comment on expectations from the Lavrov-Kuleba meeting, according to Interfax.

“Let us wait until the meeting takes place,” he said.

The talks will take place in the shadow of the Russian bombing of a children’s hospital in Mariupol, in which several are believed killed. President Volodymyr Zelenskyy shared a video of the destruction caused by the bombing and said several people including children were caught under the rubble.

The UN Office of the Human Rights Commissioner said that by March 8, it had been able to verify a total of 516 civilian deaths in Russia’s invasion of Ukraine. Of them, 37 were children; 908 people were reported to have been wounded. OHCHR has said the numbers may be higher.

Ahead of the Lavorv Kuleba meeting, Russian troops have renewed their encirclement of Kyiv, with some units advancing attempting to advance closer. The US think tank Institute for the Study of War reported that Russian troops were launching small operations to consolidate and extend the encirclement to the southwest of the capital, but predicted that the battle for Kyiv would be “a drawn-out affair unless the Russians can launch a more concentrated and coherent attack than they have yet shown the ability to conduct”. According to the ISW update, the Russian military is struggling to mobilize reserve manpower to offset losses and fill out new units. 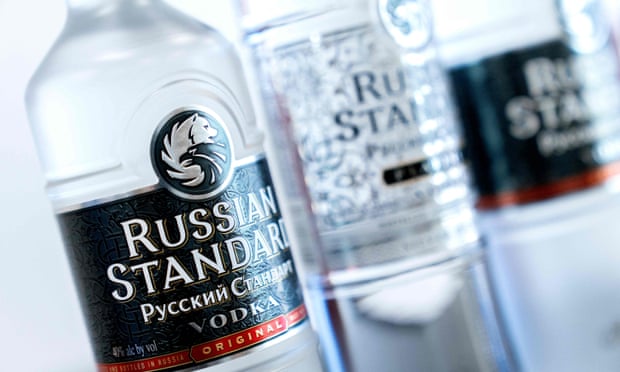 Previous
US bans import of Russian vodka, seafood and diamonds 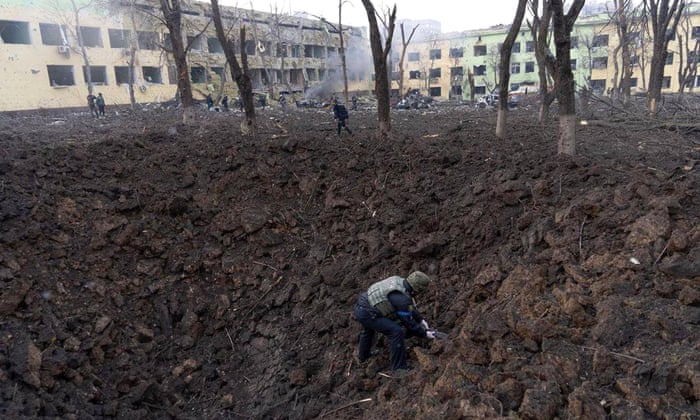 Next
Russia-Ukraine war update: what we know on day 15 of the Russian invasion