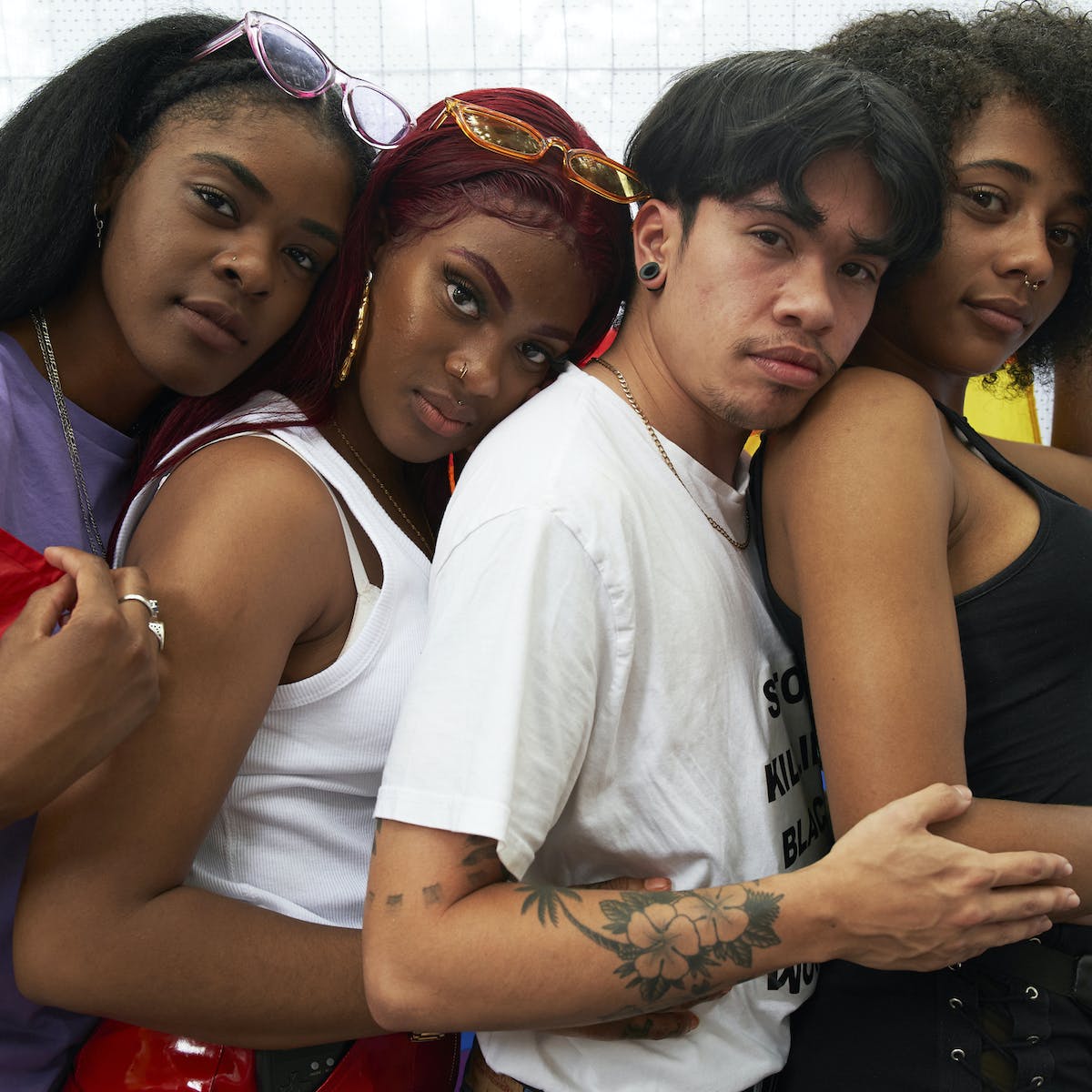 Throughout history, transgender people of color have had a place of honor in many indigenous cultures around the world.

This changed in many places, however, as European colonizers began forcing indigenous people to follow white social norms. These include anti-Blackness, Christianity and a gender binary that reduced gender to just man and woman. Colonizers presumed that being cisgender, or having a gender identity that is congruent with gender assigned at birth, was the only acceptable norm.

For trans people who refused or were unable to conform, colonial societies often used racism and cissexism, or behaviors and beliefs that assume the inferiority of trans people, to invalidate their existence, limit their access to resources and threaten their well-being. For example, colonizers in some cases deemed people who expressed their gender outside the binary as sinful and deviant, and punished them with emotional and physical violence.

The reverberations of these colonial beliefs are still felt today. In just the first three months of 2022, there were over 154 anti-trans state bills proposed across the U.S. seeking to limit the rights of trans kids and their parents.

And for trans people of color, the challenges they face because of gender discrimination are exacerbated by struggles they deal with because of racism.

We are researchers who study how LGBTQ people of color build resilience, resist oppression and promote wellness within their communities. We look at how having multiple identities like being trans and a person of color intersect and interact with each other in ways that affect how someone navigates their life.

Trans people of color who have multiple marginalized identities face higher levels of stress from being a minority compared to those with fewer marginalized identities. While there has been a lack of research on the experiences of trans people of color, many studies suggest that many of the challenges they face arise from the intersection of racism, xenophobia and cisnormativity.

The health care system has historically been a fraught with danger for trans people of color.

Over the years, people of color have been experimented upon without consent, denied ownership over their own test results and bodies and denied access to care. Some have played critical roles in transforming medical research and science without any knowledge of doing so.

Mistrust is magnified for trans people of color, who may get deadnamed (called by the birth name they no longer go by), misgendered and be racially discriminated against all in one medical appointment.

Medical professionals and lawmakers have also mandated gatekeeping measures that require extra steps to qualify for gender-affirming care such as hormones and surgery. Trans people are asked to prove that they have a persistent experience of dysphoria, defined as an incongruence between one’s gender assigned at birth and one’s gender identity. This treats being transgender as an illness to be cured based on what cisgender people believe bodies should look like. It erases gender euphoria, or a feeling of joy or satisfaction associated with a gender separate from what was assigned at birth, as a reason for pursuing transition.

With only a limited number of providers who can competently and respectfully help them navigate these life-changing services, trans people of color are often left to fend for themselves. With ongoing legislation that outlaws gender-affirming treatment for trans kids, they and their families are forced to travel long distances to obtain care, or not have access to care at all.

Continuous exposure to stressors resulting from this discrimination have negative physical and mental health consequences for trans people of color. And these challenges are compounded by other common barriers, including homelessness, employment discrimination and restricted access to legal documentation, among others.

Trans people of color face disproportionate rates of violence as a result of racism and transphobia. Compared to their cis peers, trans people are four times more likely to be a victim of a violent crime.

And trans people of color have been the overwhelming targets of this violence. The Human Rights Campaign has recorded over 256 cases of fatal violence against trans people since 2013 in the U.S., 84% of whom were people of color. In 2021 alone, 57 trans people were killed, and over half were Black trans women. Black trans women continue to have the highest risk for violence due to how their experiences of anti-Black racism, cissexism and sexism intersect (also known as transmisogynoir).

The true numbers are likely to be much higher. Many hate crimes go unreported, due to both fear that one’s identity will be questioned and lack of trust in law enforcement.

Additionally, trans people of color often experience violence from police and other law enforcement officials. A 2015 report by the National Center for Transgender Equality in the U.S. found that 58% of trans people reported being harassed, abused or mistreated during their interactions with police. It also noted that police frequently assume that trans women of color are sex workers. A 2021 study showed that trans Latinx immigrants and asylum-seekers who enter the U.S. often experience torture and are denied basic medical care in detention facilities.

Trans people of color have found many different strategies to help them navigate and overcome these challenges.

Advice for teens coming out

One is to build resilience, or coping with and adapting to stressors and adversities. Many trans people of color draw strength from supportive role models and members of their community. Being a positive role model themselves and having a strong sense of their own self-worth are also key factors to building resilience.

For example, one trans person of color who survived a traumatic event shared in a study that resilience for them meant having pride in their gender and racial and ethnic identity, while also recognizing and negotiating the challenges they face because of systemic oppression. They also built resilience by engaging in activism, advocating for themselves and connecting with trans communities of color.

Trans people of color continue to find strength in collective action. Trans women of color have been at the forefront of social justice movements, and Black trans women have been a central driving force in the fight for LGBTQ rights.

There are countless ways to support trans people of color working toward liberation.

One way is self-education. This includes learning about privilege and how it gives select groups power over others in ways that range from microaggressions to physical violence. It is important to note that self-education is a continuous journey that requires humility.

Another way is to keep up with attacks against marginalized communities and be a co-conspirator. Instead of just being a passive ally, ask how you can leverage your privilege to support trans people of color. This could be working to provide inclusive and safe work environments, schools and medical systems, among others. It could also be fairly and equitably compensating trans people of color for their labor.

Finally, call in and call out. Speak up when someone is being harmful to a trans person of color. Listen and take responsibility if you are called out.

Previous
6 Home Decoration Ideas You Can Do On A Budget