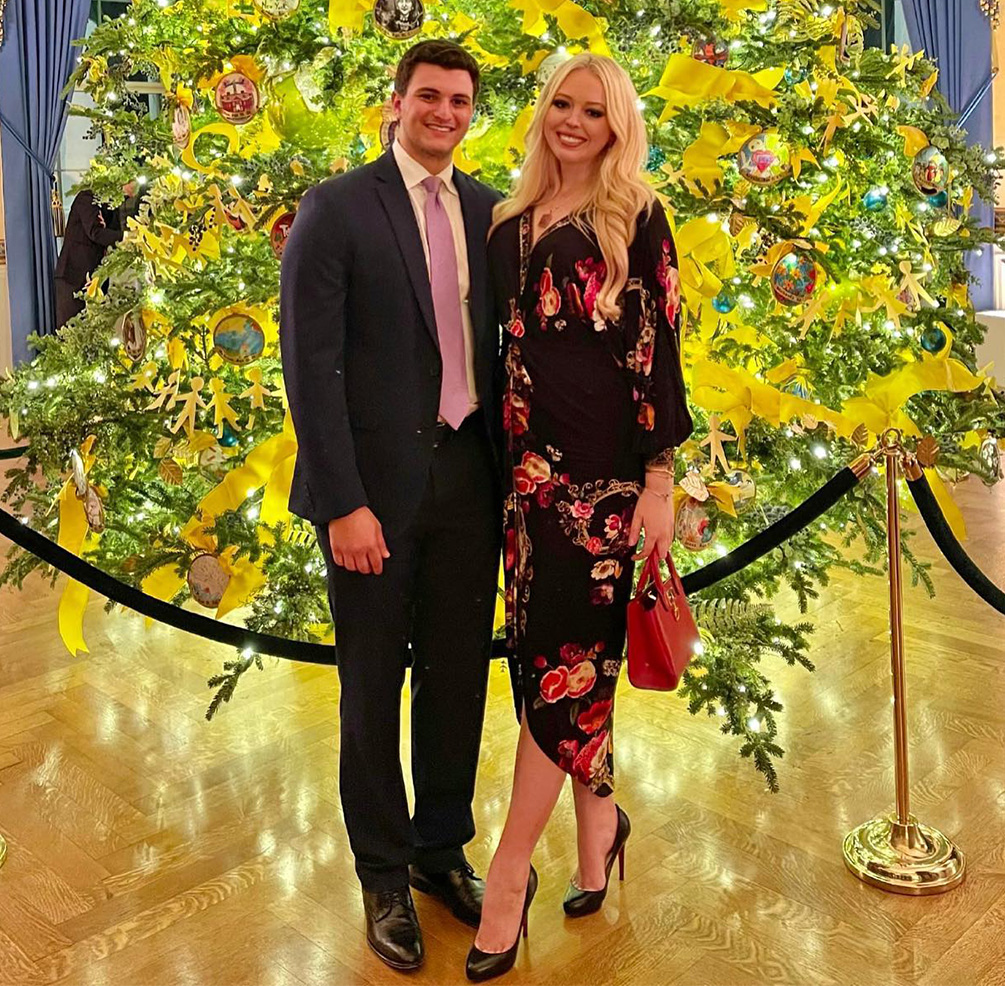 The bride wore a white Ellie Saab gown for the nuptials, which were held at her family’s Mar-A-Lago resort, Tiffany’s mother Marla Maples, told People.

Boulos is the heir to a multi-billion dollar conglomerate SCOA PLC, which runs several companies all over West Africa.

The Georgetown Law grad and the Nigeria native made their first public appearance at New York Fashion Week in September 2018 and she reportedly introduced him to her family at Thanksgiving two months later.

The former Vogue intern took her relationship public with the Regents University alum in January 2019. She shared a picture of the couple standing in front of a Christmas tree at the White House at the time.

Two years later, the pair took the next step in their relationship. The former president’s daughter announced their engagement in January 2021.

“It has been an honor to celebrate many milestones, historic occasions and create memories with my family here at the White House, none more special than my engagement to my amazing fiancé Michael,” she wrote alongside a picture of the couple. “Feeling blessed and excited for the next chapter! ❤️.”

The business executive shared the same picture with a sweet message. “Got engaged to the love of my life! Looking forward to our next chapter together 💍 ❤️,” Boulos exclaimed.

The “Like a Bird” singer previously dated Ross Mechanic for two years. The exes graduated together from University of Pennsylvania, where Ivanka and Donald Trump Jr. also attended, in 2017.

“Walking into adulthood @rossmechanic #upenn2017,” Tiffany wrote alongside a picture of her and the New York native holding hands at graduation.

Next
Every Remarkable Look Lupita Nyong’o Has Worn on the ‘Black Panther: Wakanda Forever’ Press Tour