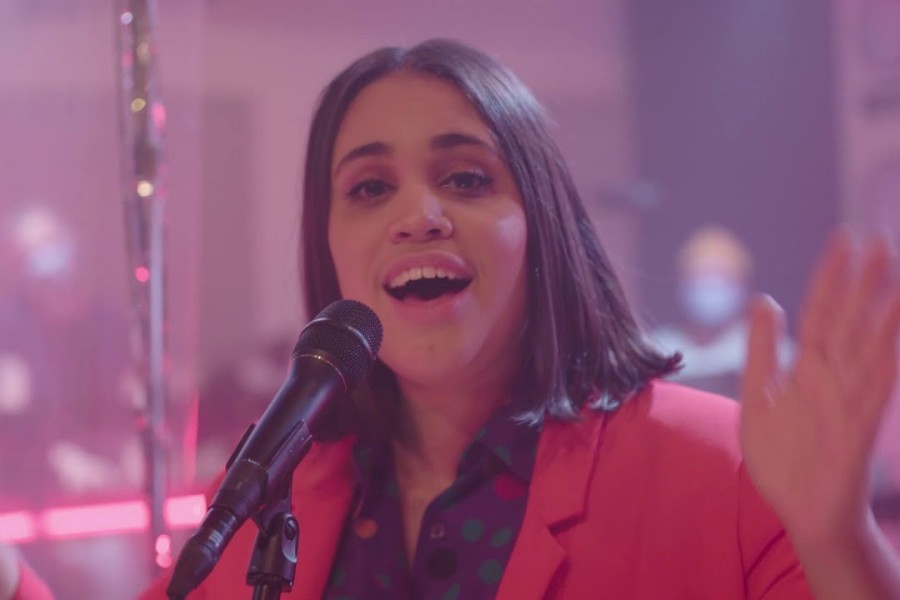 From livestreamed cover bands to citywide fireworks to long-standing concert dates, this year’s NYE has options for every comfort level

Last year, Toronto celebrated New Year’s Eve in a full lockdown. This year, plenty of parties, concerts and bashes are back on across the city – not to mention restaurants with special menus. But with new concerns over the Omicron variant of COVID, new capacity restrictions and cautious promoters are making people’s party plans a bit more tentative again.

So for this list, we’ve passed over a lot of the gigantic club bashes and crawls (you can still find a lot of them on club crawler websites) and are focusing on concerts and parties we’ve missed – like the Sadies’ two-decade strong Horseshoe concert and the Massey Hall Comedy Extravaganza – and a few virtual and socially distanced gatherings as well.

All of the indoor events require proof of vaccination. Still, you’ll want to gauge your own comfort level before grabbing a ticket. And make sure to keep your eye out to see if there are any updates leading up to the event. Whether you’re out dancing, enjoying a concert or eating takeout and watching fireworks from you balcony, there are plenty of options for NYE 2022 in Toronto.

The Sadies at the Horseshoe

If the clock strikes midnight and the Sadies aren’t on stage at the Horseshoe, is it even New Year’s? We might still be in 2020 after they missed last year (who even knows anymore?), but the long-running psychedelic roots band are back where they belong on the night they belong. They’ve got two shows, on December 30 and 31, with special guests Sally Timms and Jon Langford of the Mekons and The Waco Brothers.

Another Toronto tradition is back for the first time, not just since COVID but at least a couple of years before that due to renovation: comedy at Massey Hall. This year the Yuk Yuk’s-curated show features host Steve Patterson along with headliner Don Kelly and a big list of comedians including: Zabrina Douglas, Courtney Gilmour, Hunter Collins, Dave Burke, Chris Quigley, Sharon Mahoney and Martha Chaves. This one wraps well before midnight in case you have other plans for the countdown.

After a soft opening earlier this month, this cozy Annex music mainstay is back with a reduced-capacity NYE bash. It’s a fittingly adventurous bill with the freaky folk of the Tasseomancy/Yves Jarvis collab Lightman Jarvis Ecstatic Band and the weird electro-psych of New Chance, along with DJ Craig Dunsmuir.

This is technically two different parties, but they’re stacked on top of each other. If you really wanted, you could grab a ticket to each and hop between them. Upstairs, you’ve got the Dance Cave – the classic indie dance venue where 20-year-olds can perpetually shout along to Common People by Pulp and Panic by the Smiths. Downstairs at Lee’s, Toronto alt-rock bands Monowhales and Caveboy give you a live music option.

No matter the venue, whether IRL or livestream, Dwayne Gretzky are the party cover band many Toronto millennials can’t ring in the new year without. The Springsteen enthusiasts have a huge arsenal of songs from Daft Punk to Cher, often take requests and can get a singalong going with just about any jaded music fan. This concert was going to be at History, but due to concerns over the virus it will be moving back online for the second year of livestreaming.

DJ Blush, this year’s NOW Readers’ Choice winner as best local DJ, will be on the decks for this arcade party. She’ll be spinning retro rock, soul, disco and new wave while you get unlimited run of Free Play’s arcade and video games and pinball on two floors. Get your joystick hand ready.

Get on your best western wear and head over to Toronto’s hipster cowboy tavern for a night of sizzling live country music by Big Tobacco & the Pickers and DJ sets by Saddle Up! Plenty of whiskey at the bar.

This is one of the most eclectic NYE events of the year. The Aga Khan Museum’s bash includes comedy, a dessert station, gallery tours, a snack bar and a special flamenco performance close to midnight.

You’re guaranteed to have a fun time with this funky bash, an annual collab between Do Right Music, Nu Funk Concerts, United Soul and Higher Ground Radio. As those names all suggest, it’ll be a groovy night of funk, soul, house and disco. DJs and musicians Jason Palma, DJ Yogi, Jay Nufunk, John Kong, Iced Misto and Fairy J will provide the tunes.

Toronto Brazilian, Latin and Caribbean music pillar Uma Nota is throwing this NYE bash with tunes by their co-founder General Eclectic and live music from Jerusa Leão and her band.

Local promoter/DJ Ciel has brought back her Work In Progress electronic music series for a NYE show at the new club Sub Division, which bans cellphones on the dance floor. It’s a really solid list of local underground DJs including Ciel herself, City Dance Corporation, Daniel 58, Emissive, Venus in Foil and more.

The City of Toronto’s fireworks display

If you’re looking for something a little more outdoor and/or virtual for your Omicron-friendly NYE, the city of Toronto has altered its annual Nathan Phillips Square celebration (though you can also watch it from that Cavalcade of Lights-festooned location). This year, a fireworks display will emanate from across the waterfront and it will be so high-altitude that you can see it from Etobicoke to Scarborough. The 10-minute fireworks show will happen at midnight, but there will also be a virtual concert and countdown event live on YouTube starting at 10:30 pm.

This queer standby is asking you to make up for lost time with them by wearing the flashy outfit you bought during the pandemic and never got a chance to wear at a party with drag queens, DJs and lots of dancing. Performers include Katinka Kature, Baby Bel Bel, Beardra Bidness, Heaven Lee Hytes, Carlotta Carlisle and music by DJ Sofia Fly and DJ Tom Cable.