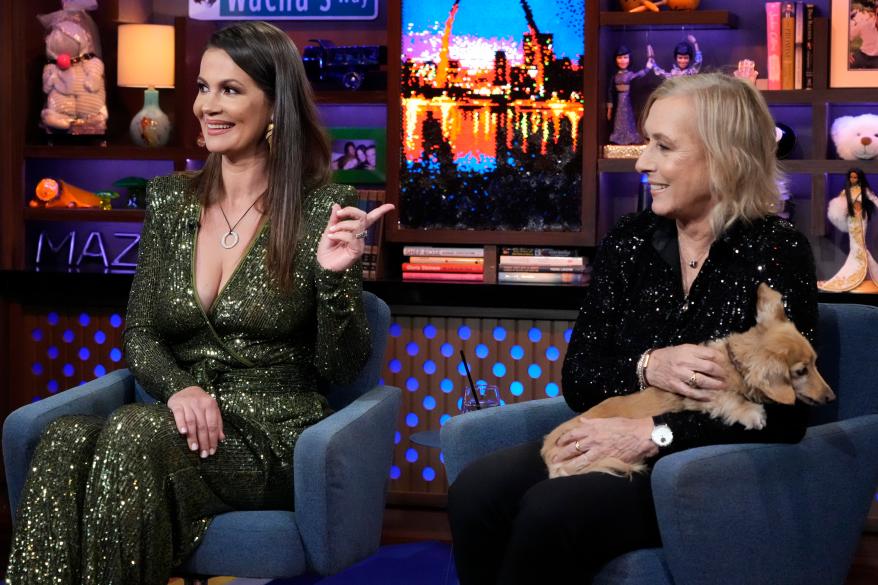 Martina Navratilova and Julia Lemigova’s love story was years in the making.

The tennis star and the model met for the first time in 2000.

“I looked at her and gave her a look across the bar [the said], ‘You have to come and talk to me.’ It was a second and I turned away. She received the message,” Lemigova recalled on the season 4 premiere of The Real Housewives of Miami, which aired in December 2021. “She came to talk to me and introduced herself. But unfortunately, that was the end of our moment. Something could have happened but it didn’t.”

Lemigova went on to welcome daughters Victoria and Emma with two other partners.

While the pair fell fast, the Russian native was nervous to come out with the popular sports figure. The reality star later explained to NBC News that her daughters gave her the courage to go public with Navratilova.

“When I saw my two girls standing up to their friends and saying, ‘Yeah, we have two moms,’ and I saw them, and it’s like, ‘Oh my God. My girls came out faster than me!’ And then it was like, ‘Boom, boom.’ I never, ever looked back,” she recalled in 2021. “It just happened, and I needed some push. I needed some support. It’s so important for anybody when you have your family, whether it’s your kids or your parents or loved ones — just supporting you and helping you.”

“‘Are you serious?’” Lemigova recalled to E! News of how Navratilova responded when she told her about joining the show. “And then I think the expression on her face say, ‘OK, OK, if you’re game, I’m game.’ She’s very sweet. She’s very supportive of me and that’s what makes us a really strong couple. We have a lot of sense of humor and even something unusual like me wanting to be on the show — normally I’m a more private person — she just thought it would make me happy and said, ‘Go for it girl.’”

The couple have since shared ups and downs in their romance, with Lemigova documenting how her struggles with being an empty nester have affected her marriage on season 5.

“Life is about sacrifices, and I know Martina really wanted to be in our new house in Miami, which, of course, I understand — anybody would. But, my soul is with my animals, and we’re trying to find a balance where we understand, basically, each other’s needs,” she explained in a December 2022 interview with Bravo’s Daily Dish. “I miss my kids terribly. I have more fun at the farm because I’m an outdoor person. I love [being] hands-on with my animals, when Martina would go more to the gym or do paddle boarding. I will learn and do my best to find common ground in Miami.”

Scroll through for Navratilova and Lemigova’s relationship timeline:

The twosome first crossed paths in France during a party pegged to the French Open.

Eight years later, they met again at the French Open.

The athlete proposed at the US Open in September.

The spouses appeared on Married to a Celebrity: The Survival Guide, admitting their pet peeves about each other.

“It annoys me that Martina has pretty blonde hair but she wears her baseball cap way too much,” Lemigova admitted.

Navratilova, for her part, revealed: “I only get flowers once a year for my birthday. I would like you to be more romantic, take me out to dinner, and surprise me with a nice meal.”

Peacock fans were introduced to the couple when RHOM season 4 premiered in December.

Lemigova joined Navratilova on the tennis court for the first time in nearly a decade in December.

She joked in her caption: “BREAKING NEWS💗♥️💗 — After 9 years of saying NO to Martina to play tennis with her, today, I have finally decided to say YES 🤣 #love #family #tennis.”

Navratilova announced on January 2 that she was diagnosed with stage I, HPV throat cancer and an unrelated form of breast cancer.

“This double whammy is serious but still fixable, and I’m hoping for a favorable outcome,” the champion, who previously battled breast cancer in 2010, told Tennis.com at the time. “It’s going to stink for a while, but I’ll fight with all have I got.”

“Thank you to everyone who has reached out to share words of support. Together, we will fight this ♥️,” Lemigova wrote via Instagram after Navratilova went public with her health struggles. 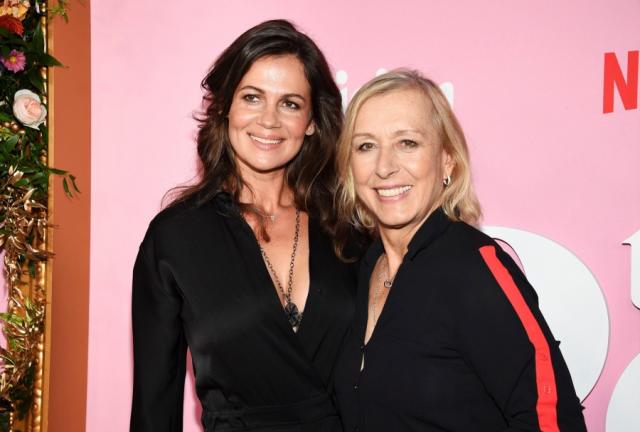 Next
Kanye West is ‘missing’