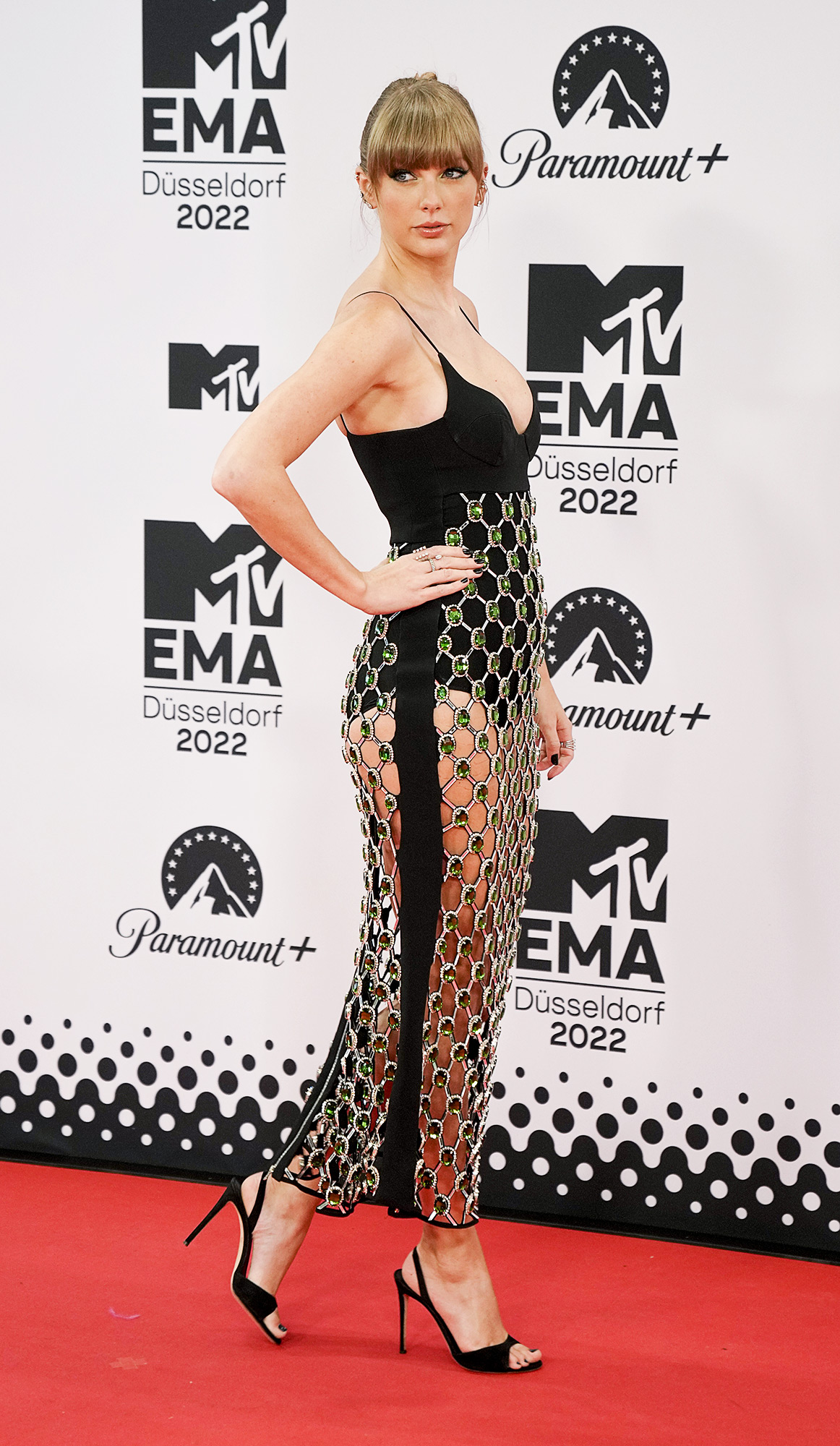 Taylor Swift is more than a music sensation. Through the years, the hitmaker has cemented herself as a total style icon.

When the Pennsylvania native first emerged onto the scene in 2006 — at only 16 years old — her wardrobe consisted of ruffled sundresses and rustic cowboy boots. She’d often accessorize with jeweled headbands and wore her signature blonde tresses in tight curls.

“When I was 15, I realized I loved the idea of a sundress and cowboy boots and that’s all I wore for like two years, and then, I just started loving the bohemian fairy-type look, with the flower headband, so I dressed like how a fairy would dress for two years,” she said of her early fashion days, per Taste of Country.

However, as she matured, so did her style. In the years that followed, Swift ditched frilly frocks for ones that featured sparkles, cutouts and much shorter hems. She also traded in her Western shoes for over-the-knee boots, strappy sandals, glossy pumps and began rocking a bold red lip.

At the 2011 Vanity Fair Oscar Party, the “Eyes Open” artist sparkled onto the red carpet in a shimmery gold number by Zuhair Murad. She continued the glittery theme at the 2013 American Music Awards, opting for a metallic mini dress by Julien Macdonald.

Her most breathtaking bejeweled look is perhaps the sultry Oscar de la Renta ensemble she wore at the 2022 MTV Video Music Awards. The dress, which appeared to take inspiration from the flapper era, featured a sheer slip that was covered in layers of crystals that perfectly draped the Grammy winner’s body. The look was as racy as ever as it exposed Swift’s stomach and thigh area.

Swift donned another “naked” dress months later at the MTV Europe Music Awards in November 2022. For the big night, the “Bad Blood” artist turned heads in a David Koma masterpiece. The dress was designed with a fitted black leotard that was teamed with an emerald-embellished netted skirt.

In addition to sparkles, Swift has a thing for two-piece sets. At the 2015 MTV Video Music Awards, she showed off her abs in a sequined houndstooth crop top and joggers by Ashish. The following year, she mastered the art of color blocking in an orange bralette and a billowing pink skirt by Versace.

When it comes to luxury labels, Swift’s go-to brands include Versace, Balmain and Oscar de la Renta. She never shies away from colors, textures and fun silhouettes.

At the MTV Europe Music Awards, Swift showed off her figure in David Koma.

She opted for a gold number by Louis Vuitton that featured sequins a the 47th Toronto International Film Festival.

For the premiere of her short film, All Too Well, Swift looked sharp in a velvet suit by Etro.

The musician looked like a bouquet of flowers in Oscar de la Renta at the Grammys.

Houndstooth hottie! Looking like the coolest girl boss, T. Swift attended the Sundance Film Festival premiere of Miss Americana in a Carmen March jumpsuit with a matching coat draped over her shoulders.

For the Billboard Women in Music Awards, the songstress wore an Oscar de la Renta jumpsuit featuring gold chain details for an added appeal. She topped off the look with metal-hued heels to match and her signature bright red lip.

The award-winning artist attended the 2019 AMAs in an intricate green sequin gown from Julien Macdonald, which she accessorized with over-the-knee black Casadei boots.

The “You Need to Calm Down” songstress wore a colorful Versace ensemble complete with a matching bodysuit, shorts and blazer at the 2019 Teen Choice Awards. She accessorized the wildly chic look with Kat Maconie lace-up red heels.

In a lavender look from Raisa & Vanessa, the “Shake It Off” singer looked gorgeous in a detailed dress with a high-neck collar and an intricate lace overlay at the Billboard Music Awards. With so much going on, she kept the rest of her look simple with her hair in a low ponytail putting star earrings on display.

For the 2019 iHeartRadio Music Awards on March 14, the blonde beauty rocked an awesome purple sequined romper from Rosa Bloom with the loveliest butterfly-adorned Sophia Webster heels.

For her first appearance at the American Music Awards since 2014, the “Endgame” singer rocked a mirrored Balmain minidress and matching thigh-high boots.

At the 2018 Billboard Music Awards, the blonde beauty provided a bit of a #TBT in a single-shoulder, rose-colored velvet Atelier Versace gown embellished with sequined embroidery and feathers.

In a nearly naked Julien Macdonald illusion dress, teamed with Stuart Weitzman sandals and jewels by Irit Design, Maxior Joias, Borgioni and House of Gilan, at the 2016 CMA Awards.

In a velvet-floral patterned Monique Lhuillier gown at the BMI Pop Awards in Beverly Hills. She paired the shiny garment with a metallic choker by Noudar and a black Anya Hindmarch clutch.

Taking the 2016 Met Gala by storm in a silver snakeskin-patterned minidress with side cutouts by Louis Vuitton, which she wore with lace-up heels in NYC.

In this body-hugging jumpsuit by Saint Laurent with a halter neckline at the iHeartRadio Music Awards in Inglewood, California. Black peep-toe booties by Giuseppe Zanotti and edgy rings by Melinda Maria and Vhernier gave this ensemble a rocker’s touch.

Highlighting her décolletage in this slinky black Alexandre Vauthier number with a thigh-high slit at the 2016 Vanity Fair Oscars afterparty. She paired the sultry piece with a gold choker, a Jimmy Choo box clutch and Giuseppe Zanotti heels.

Popping in color-blocked separates at the 2016 Grammy Awards in L.A. in this red and hot pink bralette and leg-baring maxi skirt by Atelier Versace. She paired the style with a multicolored diamond choker by Lorraine Schwartz and Stuart Weitzman heels.

Rocking a sequined houndstooth crop top and joggers by Ashish at the 2015 MTV Video Music Awards in L.A. Statement earrings, a variety of rings by Ofira and Lorraine Schwartz and metallic Christian Louboutin stilettos completed her out-there look.

In a plunging, beaded Balmain jumpsuit with side cutouts that showed off her toned obliques at the Billboard Music Awards in Las Vegas. She accessorized the skin-baring garment with Brian Atwood heels and a custom black clutch reading “Bad Blood” in bold red letters.

Showing off her svelte figure in a body-hugging gown with red dragon accents by Roberto Cavalli Atelier at the 2015 BRIT Awards in London. Charlotte Olympia shoes and Lorraine Schwartz jewels completed her steamy look.

Dazzling in an ombre blue and teal gown with a peekaboo miniskirt and shoulder cutouts by Elie Saab at the 57th Grammy Awards in L.A. She paired the style with statement earrings by Lorraine Schwartz and magenta Giuseppe Zanotti heels.

Shining bright in a shimmering Gucci column dress with short sleeves at the Grammy Awards.

Looking positively royal in a gorgeous, crystal bodice gown by Reem Acra at the Winter Whites Gala in Kensington Palace.

In a metallic gold, strapless Julien Macdonald minidress with a sheer cutout at the 2013 American Music Awards.

Belting it out in a short, sparkly minidress while performing on stage at the 2013 Victoria’s Secret Fashion Show.

In a colorful, sparkly, sleeved Zuhair Murad dress on the pink carpet at the 2013 Victoria’s Secret Fashion Show.

Embracing her inner flower child in a floral Jenny Packham dress at the 2012 Country Music Association Awards in Nashville.

Keeping it short and sweet in a gold and silver beaded strapless Zuhair Murad dress with Jimmy Choo platform sandals at the Vanity Fair Oscar party.

Brightening things up in a yellow Dolce & Gabbana silk dress and red shoes at a visit to the Late Show With David Letterman in New York City.

In an emerald green strapless Miu Miu dress with Neil Lane jewelry and Christian Louboutin shoes at the Easy A premiere.

Being ultra-romantic in a Ralph Lauren georgette beaded gown at the MET gala in New York City.

In a shimmering Kaufmanfranco gown, Christian Louboutins and Lorraine Schwartz jewelry at the 52nd annual Grammy Awards in L.A.

In a Jenny Packham minidress, Christian Louboutins and Neil Lane earrings at the People’s Choice Awards in L.A.

Having a princess moment in a glittery gold strapless Reem Acra gown at the CMA Awards in Nashville.

Sparkling in a Collette Dinnigan dress and Prada heels at the CMT Music Awards in Nashville.

In Maria Cianca Nero at the ACM Artist of the Decade Concert in Las Vegas.

In a lavender silk custom-made Sandy Spika gown at the Grammy Awards in L.A.

Channeling a mermaid in a seafoam green gown with a major train at the CMT Music Awards in Nashville.

Vamping it up in a black gown and elbow-length gloves at the CMA Awards in Nashville.

Embracing the rainbow in a colorful patterned halter dress and cowboy boots at the Academy of Country Music Awards in Las Vegas. 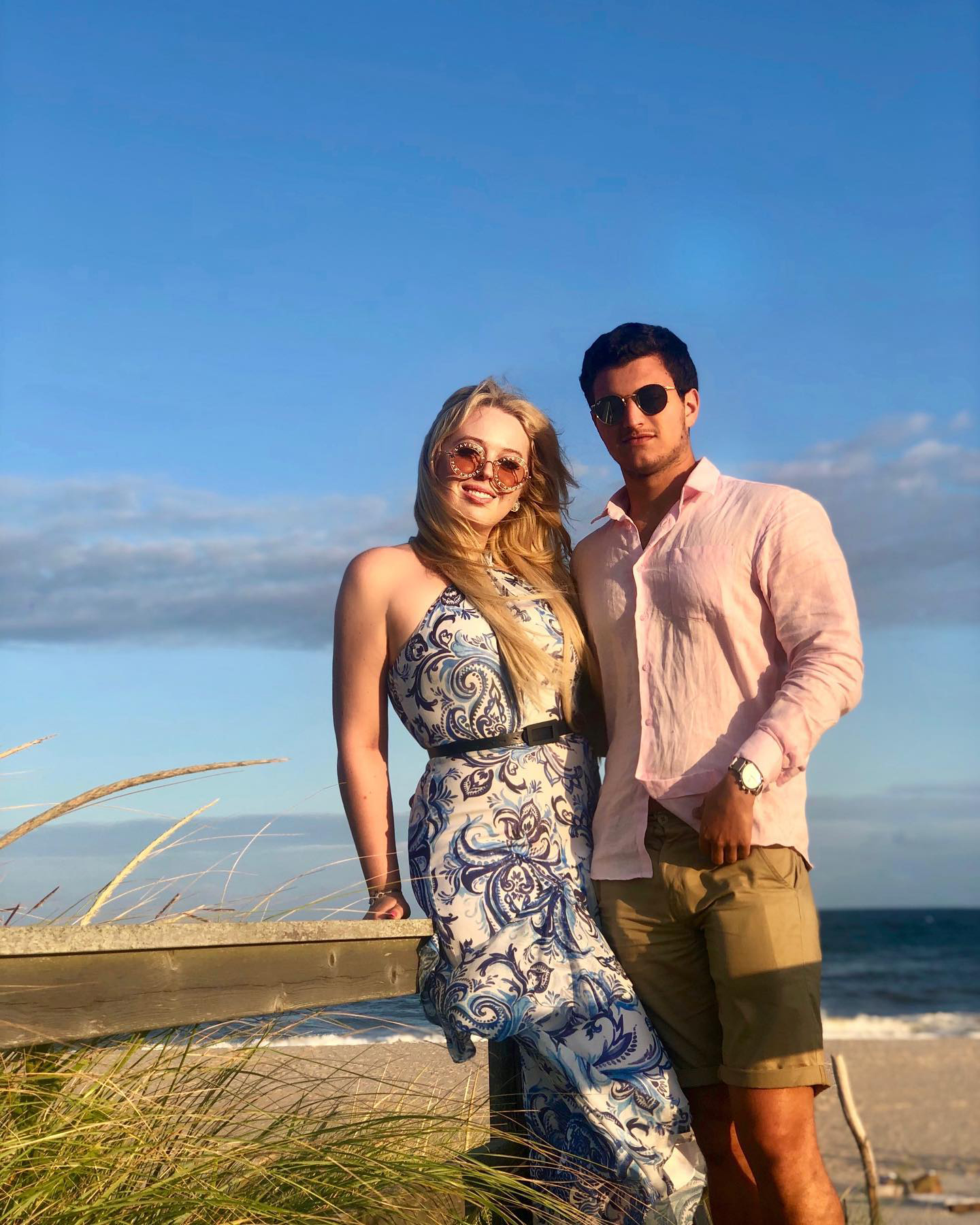