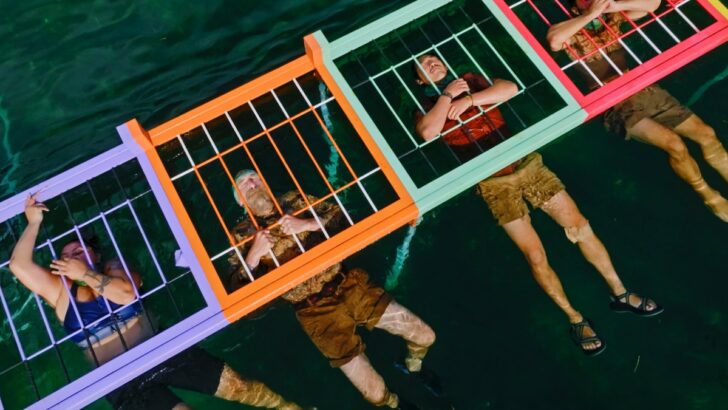 How do you follow up last week’s epic, come-from-behind challenge win by Noelle? Let’s submerge ourselves in this week’s episode of Survivor, shall we? Don’t worry, we’ll come up for air eventually, but you may want to hold on tight!

Say what you will about this season of Survivor, but this cast is among the more competitive that I can remember. These challenges that they’re competing in aren’t anything new. And yet the max effort that is being put forth is quite a sight to behold. I really can’t recall two back-to-back episodes having such thrilling competitions. This week’s was simply unprecedented…you could hear it in Jeff Probst‘s voice as he gave incredulous commentary, while producers were almost assuredly scrambling in the background to figure out exactly what to do. A Survivor Challenge had been defeated…for the first time in history, contestants had simply beat a challenge. Outlast, indeed.

Owen and Karla crushed it, outlasting the tide and earning themselves Individual Immunity. Cody was able to celebrate the victory as well, having found an advantage earlier in the day where he was able to bet on a winner, and should that person win, he would also win Immunity, but unbeknownst to everyone else. He bet on Owen, so Cody became Immune as well. So with just seven players left in the game, three were untouchable at Tribal.

Cody‘s advantage was cool and all, but not having to reveal whether or not he chose correctly until after the votes were cast sort of defeats the purpose, right? The mere possibility that he might have voted correctly made Cody immune, for all intents and purposes, as no one was going to risk voting for a guy who might end up having Immunity.

Exposed for the vote were the other four remaining players: Sami, Cassidy, Gabler and Jesse. Sami had played a really good game for a long stretch, until it all blew up in his face over the last few days of the game. He was the easy target. But his plan to sow chaos nearly worked, when he told Karla that her number one ally, Cassidy, mentioned voting her out. There was some serious awkwardness between Karla and Cassidy this week, and it truly looked like Karla was ready to vote out Cassidy. Not just because of what Sami told her, but also Karla’s own paranoia. You see, Karla realized that Cassidy was the only other player in the game that knows about her hidden Idol, so maybe – she figured – she should get rid of Cassidy as to protect her secret?

You can’t quite blame Sami for playing his “shot in the dark,” a twist that has yet to pay off for anyone who has attempted it. It’s unclear whether playing it actually caused others to want to vote him out or if that was the plan heading into Tribal, but if you’re Sami, I understand wanting to go down swinging as opposed to leaving your fate in the hands of the other players. He had a good run and was an entertaining cast member to be sure, also providing many good moments this season. At age 19 though, his inexperience caught up with him in the end, whether or not the others knew his true age.

I find this Final Six so incredibly intriguing. Jesse has been the stand-out mastermind, and his alliance with Cody is one for the ages. And man do I love me some Cody as well. As Cody said, these two have been “driving the Survivor bus” since the merge, and they’ve yet to even question throwing each other under it. With all the talk as to how powerful a duo Karla and Cassidy are, it’s a credit to their games that nobody is talking about Cody and Jesse. Well, Gabler mentioned it last week, but that seemed to get swept under the rug this week.

Speaking of Gabler, you just have to love the dude. He’s really playing an amazing game, especially if you consider that he could have very well been one of the first boots. He’s navigated his way through the game without making any enemies (on the jury anyways), he’s participated in blindsides without getting any blood on his hands, and he’s played a fantastic social game down the stretch. Unfortunately though, there seems to be one player every season that plays a great game, but who didn’t play it “loud” enough for the jury to hear it or understand it fully. The TV audience sees all the moves, the observations, the subtle strategic plays, but those that matter the most – the other players on that island – don’t quite get to experience what we see. I think Gabler is that guy this season. The good news for Gabler is that there is still lots of time to make some huge moves in the remaining days of the game. If he does and he lands in the Final Three, Gabler could be a great, yet unlikely, Survivor Winner.

With six players remaining heading into next week’s penultimate episode (Survivor Finale is just two weeks away!), next week’s Tribal Council – I presume – is the last in which an Immunity Idol can be played. We already heard that the “shot-in-the-dark” is now expired, so it will go another full season without a player using it successfully. But if next week is in fact the last time an Idol can be played, you’re looking at three Idols that can potentially be pulled out…and why not? Karla has one, and Jesse and Cody will also be safe with the two that they have (it’s still unclear if Jesse has both or if he gave Cody’s back to him, but either way you’d have to imagine that they’d use them on each other if they’re set to expire). There is also the next Immunity Challenge, where one more person will score Immunity (I’ll just go ahead and assume that no more challenges will be “broken” by the players and that no more than one necklace will be handed out). So potentially, four of the six players could be immune, leaving two out of the three – Cassidy, Gabler, Owen – vulnerable. Gabler could be in real trouble if Cassidy were to win Immunity, as most are probably betting that Owen wouldn’t be able to win in front of a jury (and they’d be right). But if Cassidy ends up not being immune, I could totally see Jesse and Cody getting the needed votes to take her out, knocking Karla down a peg as they enter Final Five.

Who do you think has the leg up on this season? It’s hard to root against Jesse and Cody, and with those Idols, they’d need to make an historic, boneheaded play in order to not make Final Five…same I guess, with Karla. I can’t see a winning path for Owen at this point (even though he’s incredibly likable and fun to root for!), but for the others, it truly is anybody’s game…and that makes me super-giddy for the upcoming final weeks of Survivor 43.

And hey, congrats to Owen, who in voting out Sami, was finally part of the majority vote at Tribal! Things are looking up!

Erik Reichenbach DabuDoodles Art. We’re honored here to be associated with Survivor legend Erik Reichenbach, who just so happens to be an amazing artist. As always, we’re thrilled that he shares his talents every week on my column and with my audience with a new piece of Survivor artwork each week. His latest piece will appear here usually in the days after the show’s airing, so if it does not appear here now, check back usually by the weekend following an episode and give this page a refresh. All of Erik’s work can be found and purchased on his site, DabuDoodles.com, and I urge you to support this fantastically skilled former Survivor player!

Who Is the Bull on ‘The Masked Singer’ Season 6? Theories Abound!

Out this week: Sami

Next Week’s Episode: It’s pandemonium on the island, as the game speeds up. Everyone is scrambling and no one is safe. It’s the next-to-last episode of the season everybody!

Previous
‘Israeli women and their Gulf sisters are so similar’ 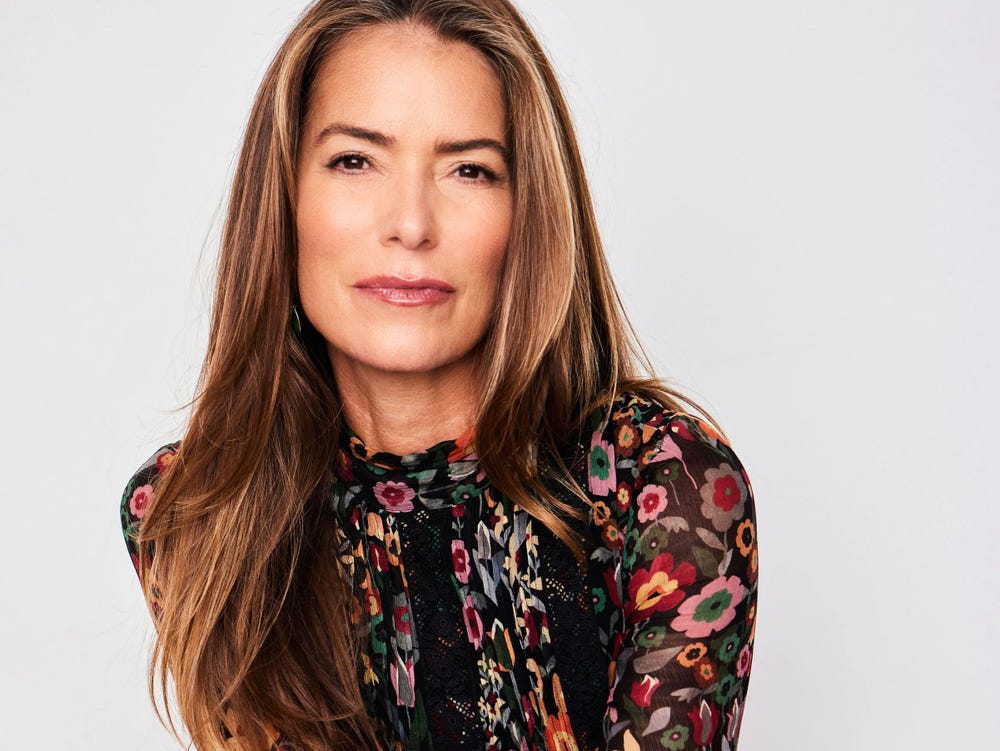 Next
The divorce lawyer who’s represented Johnny Depp, Kim K, and Angelina Jolie charges $1,000 an hour and says tough love is how she gets things done