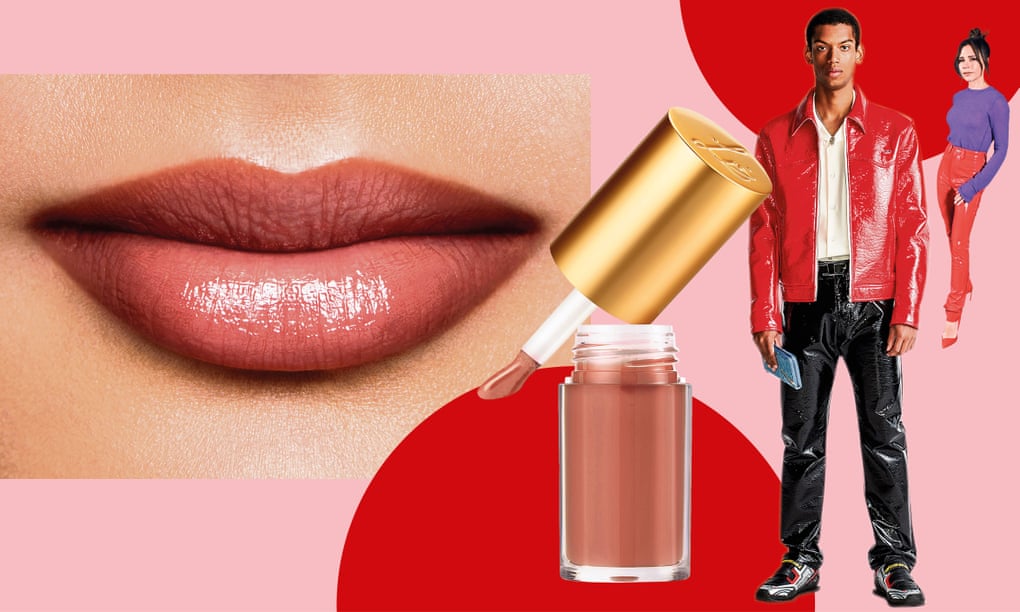 Shine on! Why we’ve fallen back in love with lip gloss

Share
Home
Beauty
Shine on! Why we’ve fallen back in love with lip gloss

The first makeup item I remember buying was a lip gloss. It was a small pot of purple goo, made by Japanese brand Shu Uemura, and – even by today’s standards – pretty expensive at £16. I saved up for it, like I did for my Vivienne Westwood bustier and Air Max 98s. Because, like them, it was a status item. I applied it, performatively, any chance I got. This was in the late 90s – probably the last time I gave a second thought to lip gloss. These days, I’m more of lip balm person.

That may be about to change, though. Lip gloss, forgotten and gathering lint at the bottom of handbags for decades, is back. Possibly down to a nostalgia for the 90s and early 00s – and no doubt boosted by the phasing-out of masks – shiny lips are the beauty detail to focus on this spring, seen on catwalks at Fendi, Victoria Beckham and Blumarine, on celebrities ranging from Dua Lipa to Vanessa Hudgens, and on TikTok – where #lipgloss has more than 6bn views. Superdrug reports the category “flying off the shelves” the past year, while online retailer LookFantastic says there was an 11% rise in searches for lip gloss from 2020 to 2021.

As in the late 90s, there are status lip glosses – see Lisa Eldridge’s Gloss Embrace in the brownish Affair shade (a favourite of Lipa’s), Ami Colé’s Lip Oil Treatment (described by New York magazine’s The Strategist as “the Telfar bag of lip gloss”, NYX’s Butter Gloss (with 7.6m views on TikTok) and Beckham’s Posh Gloss, a knowing nod to her lip-gloss-centric makeup in the Spice Girls era.

Jacqueline Kilikita, senior beauty editor at Refinery29, puts the resurgence down to two factors. “First, our obsession with nostalgia, which increased during the tough pandemic,” she says. “There’s also a move towards more minimal makeup post-pandemic, and a slick of gloss is a quick and easy way to update any look.” She says the Y2K trend is “massive”, and that “as crop tops, low-rise jeans and chunky highlights made a comeback, so did gloss.” While Naomi Campbell, Posh Spice, Aaliyah and Pamela Anderson might be the inspiration, it’s not like for like. TikTok creators are “teaming clear or nude gloss with dark liner for a look that harks back to the 00s and 90s but feels modern.”

The formulations of lip glosses have improved since then. I can’t be alone in remembering that sticky feeling, and the way strands of hair got caught on your lips (an annoyance Miuccia Prada turned into a styling trick on the catwalk in 2013). Superdrug says that customers are after “skincare-makeup hybrids” and something like Eldridge’s Gloss Embrace or Jones Road Cool Gloss work because they feel more like a balm. This is, Eldridge says, thanks to a formulation based on fats. “Imagine if you were making a cake and used loads of butter and then added olive oil. It doesn’t evaporate off and it will stay on the lips … It doesn’t feel gloopy, and if you want to add more you can, but you don’t need to.”

Dr Ewoma Ukeleghe, followed on Instagram by 22.5k people for her skincare videos, is a recent convert for this reason. “I’ve had a moment wearing lipsticks, then lip balms, but now I’m loving lip glosses,” she says. “I think formulations and shade ranges have really developed over the years, making glosses the perfect option.” Favourites include Fenty Beauty Gloss Bomb in Cookie Jar and Tower28 ShineOn Jelly in Cashew.

The move away from masks has helped the lip gloss trend, but another pandemic-related factor is a sort of laziness: we gravitate towards items that are low maintenance. Eldridge agrees with Kilikita about the ease of lip gloss. “You don’t need a mirror, you don’t need to be precise about it.”

This is a long way from the beginning of gloss. Originally, the product was associated with high glamour – it’s thought to have been invented around 1928 by Max Factor, and became popular in the movie industry in the 30s. “It was called lip pomade,” says Eldridge. Later, in the 70s and 80s – when roll-on lip gloss became the beauty accessory to flash – it worked with a disco aesthetic, where shine and glitter were essential for a dancefloor-ready look.

The revival of lip gloss could be seen as part of a wider resurgence of shiny, glossy textures in fashion. Lyst, the fashion shopping app, reports that searches for shiny fabrics such as PVC, vinyl and latex are up 15% since November 2021. This is no doubt down to an increase in these textures on the catwalk – at brands including Chanel, David Koma and Courrèges – but also on celebrities including Julia Fox in black vinyl co-ords, Kim Kardashian in a mustard vinyl jumpsuit and Victoria Beckham in red PVC trousers and even the typically fashion-conservative Anne Hathaway on the Cannes red carpet in a Gucci minidress with PVC bodice. Sexy and party-ready, it’s a far cry from the practical and warm clothing we wore throughout the lockdowns of the past two years, and maybe that’s why it works. In April, Vogue published an article with the headline “Fashion’s new mood? Skin-tight and shiny”.

Brenda Otero, cultural communications manager at Lyst, believes this trend says more about us than simply the fact we’re rediscovering our desire to go out-out. “It’s almost like an escape from reality,” she says. “If you compare it with the 70s, it’s a very similar kind of reality in terms of politics and society and conflicts.” Euphoria, the trend-setting TV show, exemplifies this idea: characters like Kat and Maddy have dark storylines, covered over with a glossy veneer, on both lips and in outfits.

Shine can also be found on the high street now – from Weekday to Rains and Diesel – and, for those less inclined to wear what is essentially new plastic, in vintage stores. Peter Goldsmith, the founder of Goldsmith Vintage, confirms “a boost in sales in shiny fabrics across our stores and online platforms”. He too sees it as harking back to the 70s, but for him the key is the decade as a time of “self-expression”. “Young people want to show their fun, glamorous sides – often inspired by RuPaul, drag culture and the LGBTQ+ scene,” he says.

There’s also an argument that these textures provide a sort of protection from day-to-day stresses. “You feel like a superhero,” says Kerry O’Brien, the founder of Commando. A brand principally known for its underwear – a pregnant Serena Williams chose to wear her own Commando knickers for the cover of Vanity Fair in 2017 – it launched a line of patent leggings in 2014, and the designs have since become a favourite for celebrities including Kourtney Kardashian, Ashley Graham and Gwen Stefani. “The momentum continues to go up and up,” says O’Brien. “It’s one of our bestselling styles.”

Otero says the gloss trend could go in various directions. “In the 70s, it just developed into a super-glamorous 80s. We don’t know what’s going to happen at the moment. The crisis might continue longer. So [the look] will be something darker.”

Ultimately, whether it’s lip gloss or patent leggings, shine – as sartorial artifice – is just one look to play with. “Gen Z use fashion as a way to experiment with identities,” says Otero. “One day you wear a vintage Nirvana T-shirt. The next, you wear something really shiny.”

Source: The Guardian | By Lauren Cochrane 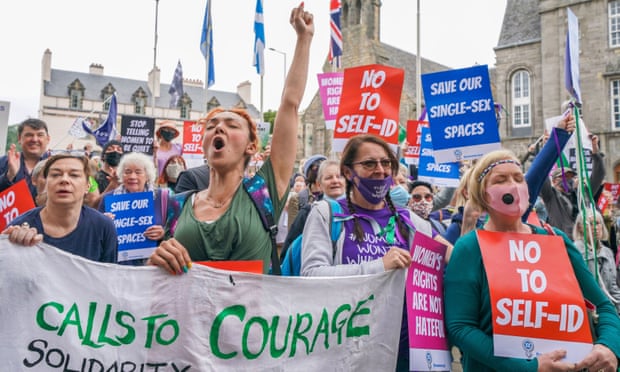 Next
Scotland’s gender recognition reform is a ‘recipe for bad law’, say campaigners