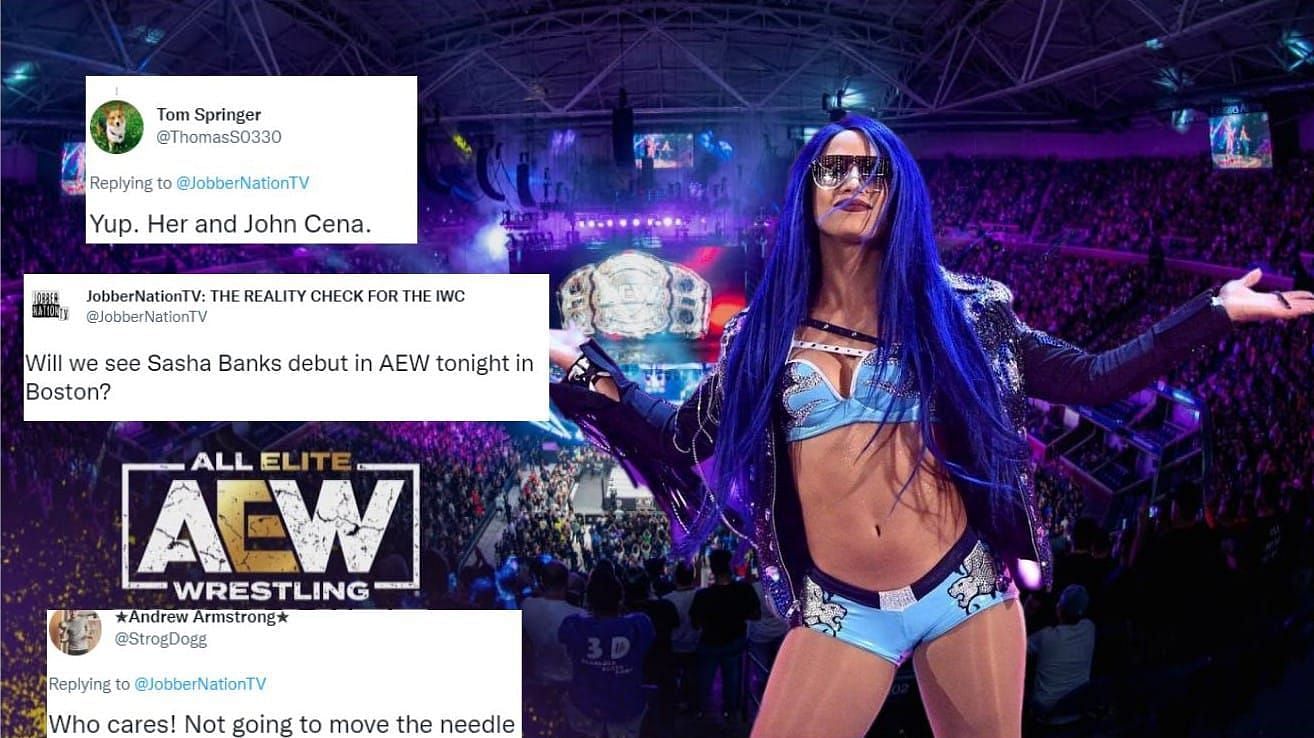 Could the unthinkable happen with Sasha Banks showing up on AEW Dynamite? Fans on social media are definitely entertaining the idea, even if it’s in jest.

Sasha Banks and Naomi walked out of WWE many months back. They were the Women’s Tag Team Champions at the time, but according to reports, both were unhappy with the creative direction of the women’s tag division. WWE publicly released a statement regarding the situation and stripped them of the titles shortly after, announcing that a tournament would be held to crown the new champions.

Since then, The Boss and Naomi have been seen several times outside the wrestling bubble. They were recently spotted at the premiere for DC’s Black Adam.

Sasha Banks has been posting stories on Instagram about being in Boston and recently posted a video in which she expressed her excitement about something that was in the making for a while.

AEW Dynamite is in Boston tonight, so fans on social media have been having fun with the idea of the former Raw Women’s Champion showing up on Tony Khan’s flagship program.

Sasha Banks is one of the most recognizable female wrestling stars in history. Despite her young age, she has managed to carve out an unmatched legacy for herself in WWE.

While her accolades speak for themselves, she is the total package. She’s got charisma for days and is a complete weapon inside the ring. As unlikely as it is, if Tony Khan were to convince the megastar to jump ship to AEW, it would be the biggest signing he could make for his women’s division.

All Elite Wrestling, despite its positives, is yet to make the women’s division feel as coherent as the rest of the show. While there have been improvements, there’s still a long way to go.

The likes of Ruby Soho, Saraya and Toni Storm have bolstered the division in recent months, but the addition of the Legit Boss would take it to a different level. But as they say in wrestling, never say never.

Next
Confident Biden Says He Intends to Run Again