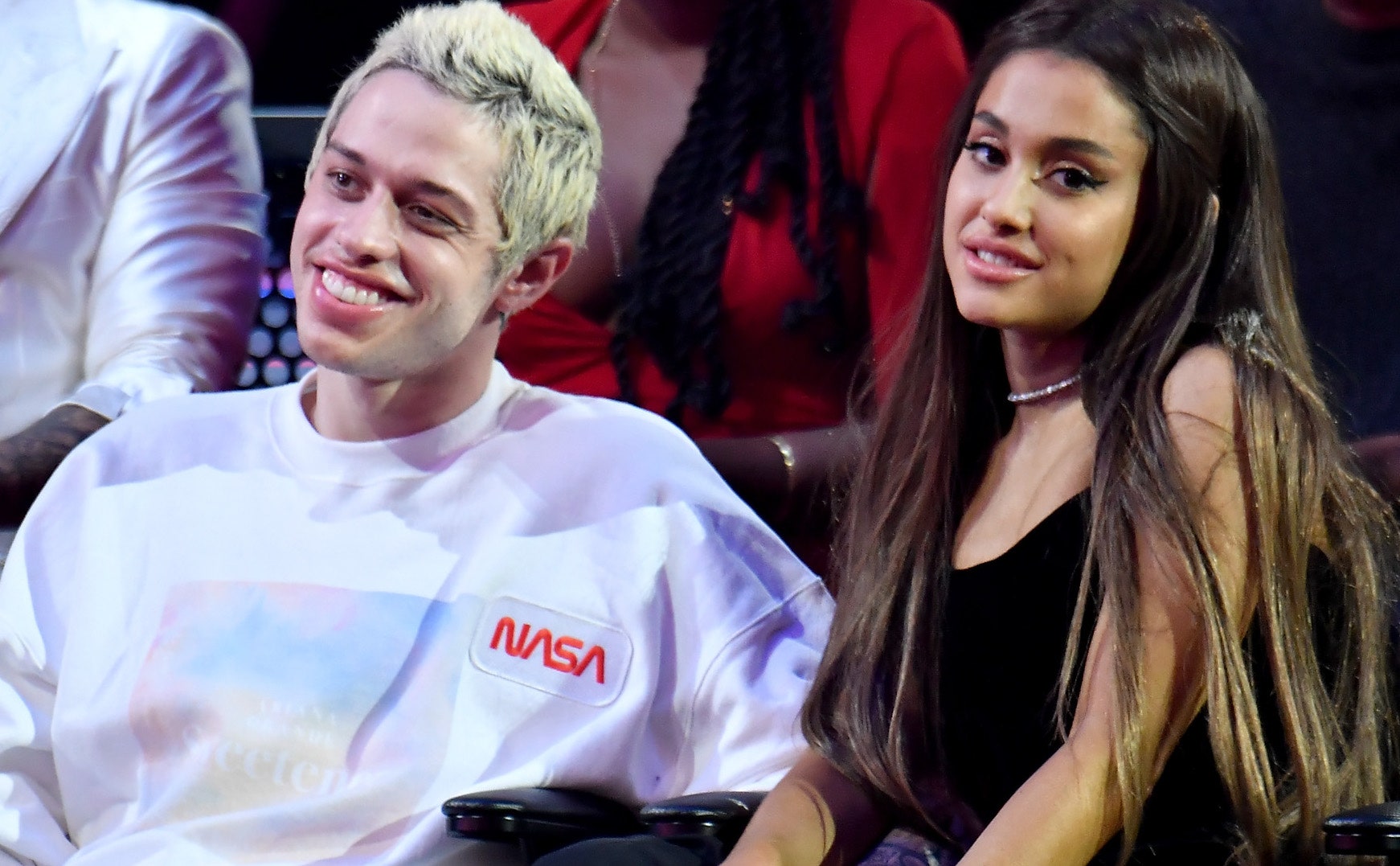 It seems that Pete Davidson has emerged as pop culture’s It boy, from his success on Saturday Night Live to his very prolific dating history. Conversation about Davidson’s romantic past has been buzzing all throughout social media; whether it’s about his rumored link to actress Julia Fox, who is the new woman in Kanye West’s life post-Kim Kardashian, or his previous whirlwind romance with pop star Ariana Grande. As Davidson has officially become the boyfriend of Kardashian, a roundup of his previous romantic escapades is in order.

MTV’s Girl Code comedian Carly Aquilino had a brief fling with Davidson in 2015. Although the pair only dated for a few months, they left a long trail of cute couple shots on Instagram.

Cazzie David, another girl hailing from the world of comedy as Larry David’s daughter, was Davidson’s first long-term relationship in the public eye. Their relationship began in May 2016 and ended in 2018, shortly before he started dating Ariana Grande. In 2020, David cited mental health struggles for the cause of their split in her essay collection “No One Asked For This.”

Perhaps Davidson’s most notorious romance, the couple began dating in May 2018. After this, Grande treated the Internet to a song in his name, couples tattoos, and hints about his sexual vitality. The passion between the two was so strong that they became engaged only a few weeks later. Unfortunately, that passion fizzled after calling off the engagement in October 2018.

Another short but sweet connection, Davidson and seasoned actress Kate Beckinsdale dated in early 2019. Their relationship seemed to be confirmed by their many instances of PDA, notably at a New York Rangers game in March of that year. Only a month later in April it was over.

In a summertime love, Davidson began dating Margaret Qualley, an actress and daughter of Andie MacDowell in August 2019. It was certainly a seasonal affair after they split up in October 2019.

Davidson dated model and daughter of Cindy Crawford Kaia Gerber subsequent to his break up with Qualley. The relationship ended in 2020 after Davidson’s self admission into rehab.

In an unsurprising turn of events, Bridgerton actress Phoebe Dynevor shared a short relationship with Davidson for five months from April to August 2021. It is speculated the cause of their split was the long distance between the two, with Dynevor living in the UK and Davidson living in NYC.

We are now in the present of Davidson’s love life, at which Kim Kardashian is at the center. After sharing a kiss as Jasmine and Aladdin in an SNL skit, the couple’s relationship accelerated to much surprise of the general public. Though they denied dating rumors, the romantic Staten Island dinner Davidson arranged for her seemed to suggest something a little more serious. Their relationship was confirmed in November 2021 and has been ongoing since, and we only wish for a happy ending this time around.