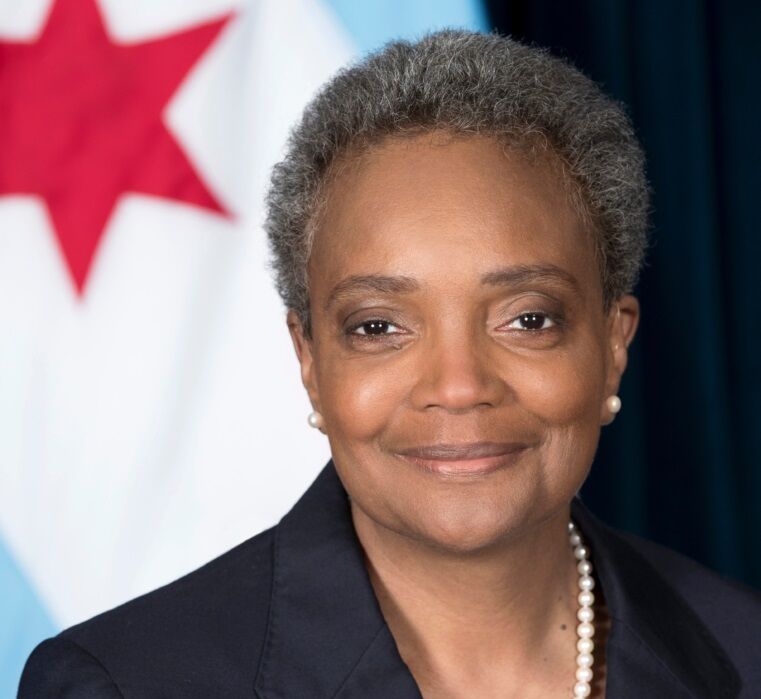 Out Chicago Mayor Lori Lightfoot (D) has been trying to defend herself after a Chicago Police officer who was found to have ties to the white nationalist, neo-fascist, and anti-LGBTQ Proud Boys did not lose his job.

The officer has instead been given a 120-day suspension after an investigation by the Chicago Police Department’s Bureau of Internal Affairs.

The officer’s name was not revealed in a report detailing the investigation, but local news outlet Block Club Chicago identified him as Robert Bakker.

The investigation found that the officer lied about attending a Proud Boy barbecue and also that he had a documented history of supporting members of the Proud Boys in online forums.

It was also the second probe of the officer, who had already been found guilty of not submitting a written report stating that he was under FBI investigation for his association with the Proud Boys.

A five-day suspension had been recommended, but the investigation was reopened when the inspector general’s office decided the original investigation had been “materially deficient” and did not review all of the evidence surrounding Bakker’s involvement with the Proud Boys and whether or not he had lied.

But the report stated that the new investigation did not revisit the former allegations.

The new investigation led to the 120-day suspension, but many are livid that the officer did not lose his job completely.

“The Proud Boys are a dangerous group of racist thugs,” tweeted Chicago writer Frank Sennett. “For the mayor to carry water for them is deeply disturbing, as is the CPD decision not to fire the officer keeping time with them.”

Lightfoot replied to the tweet in defense, stating, “Seriously, folks? This Black lesbian is somehow now embracing the racist homophobic Proud Boys? Give me a break.”

Seriously, folks? This Black lesbian is somehow now embracing the racist homophobic Proud Boys? Give me a break. https://t.co/cys3adsNJg

But in the replies, followers have not let Lightfoot off the hook. Many called her out for reportedly calling it “an overstatement” (according to WTTW) to call the Proud Boys a far-right, anti-gay, antisemitic group, even though the FBI itself has labeled it as a white supremacist, antisemitic organization.

Lightfoot also reportedly told the media, “I think the police department took the steps that the evidence that was gathered through the course of the two investigations warranted.”

Agreed! You’re not embracing them, but your also not protecting us from proud boys in CPD. If “there is no place in our police department …for white supremacists or other extremist ideology”, why does this person have a badge? How do you explain this to a young black lesbian?

So is it “an overstatement to refer to the Proud Boys as an antisemitic, anti-gay, far-right group” or not, then?

The Female First Awards 2021: Album of the Year

or you could simply tell Brown you want him fired, instead of bending over backward to justify keeping the “bad apples” in the barrel

Carrying water for them when they have positions they absolutely should not have sounds a lot like embracing, yes.

You cannot expect anyone to have confidence in a department willing to keep someone with multiple documented ties to this group on the force while the city leader minimizes the issue. That this even needs to be said is nuts.

Lightfoot’s press secretary, Cesar Rodriguez, claimed in a statement to WTTW that Lightfoot “is committed to continuing to ensure police accountability” and that she has been clear: there is no place in our police department — or any other city department, for that matter — for white supremacists or other extremist ideology.”