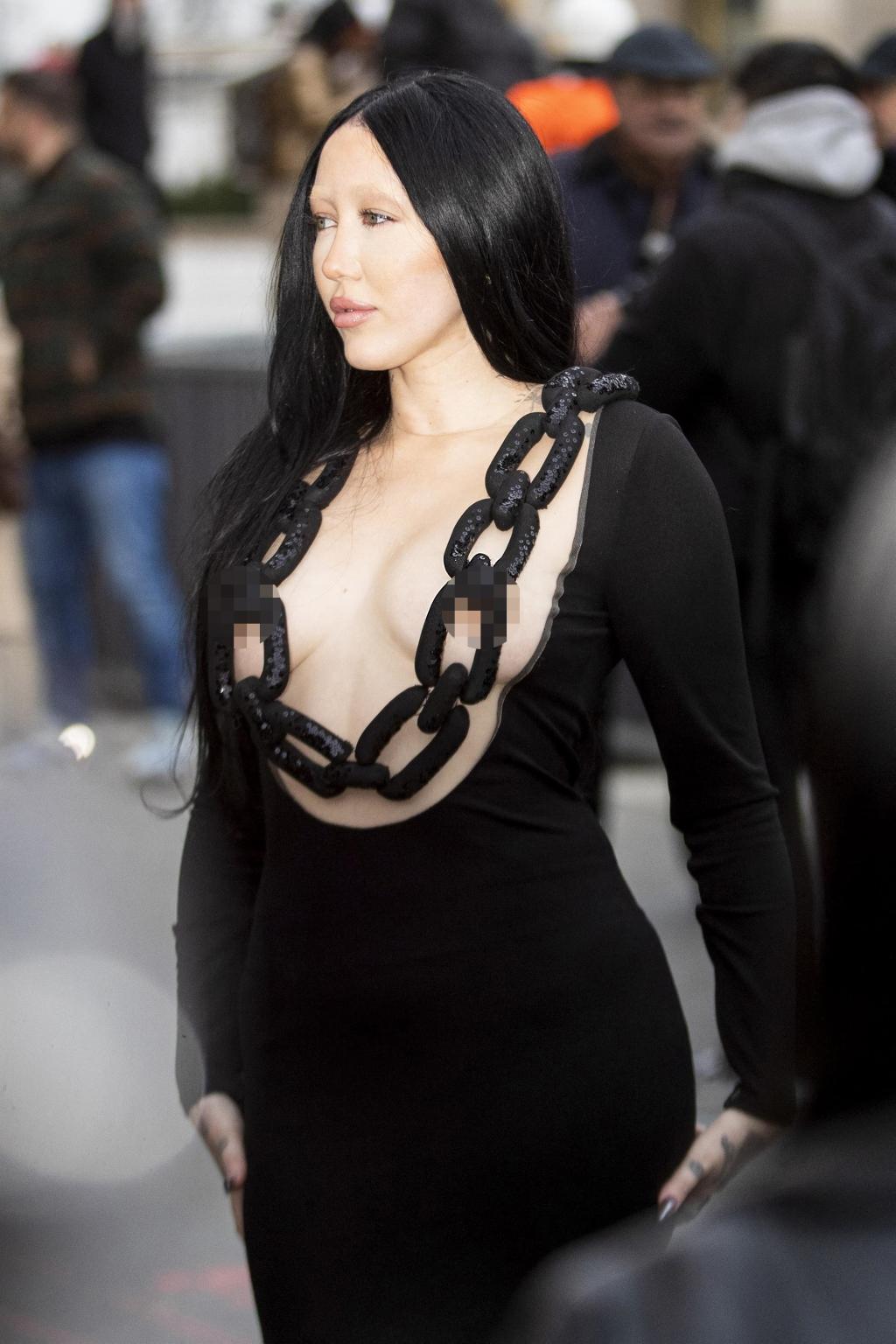 Noah Cyrus isn’t afraid to bare it all.

The “July” singer stepped out during Paris Fashion Week 2023 on Tuesday, wearing a deeply plunging, nipple-freeing Stéphane Rolland Haute Couture gown with a large chain detail at the chest.

Cyrus, 23, paired the clingy back open-front design with tights and black heels to match her Morticia Addams-like locks, and rocked bleached eyebrows for a spooky look.

The star showed off multiple outfit changes in just a couple of days, wearing a printed catsuit to sit front row at Marine Serre’s show, a bejeweled strapless gown at Miss Sohee and a sheer pleated gown layered over a bedazzled bikini at Alexandre Vauthier.

She also posted a series of Instagram photos from the Arturo Obegero show, clad in a transparent baby blue gown with a crossover neckline and nothing beneath.

Fans joked about the singer’s daring ensemble in the comments.

“eye brows [sic] and bra gone…..,” one person said. Another asked, “Why does she look like Lady Gaga had a baby with Marilyn Manson?” and several commented about the frigid temperatures on France.

Miley Cyrus’ younger sister has never been shy when it comes to her body; she celebrated her 23rd birthday earlier this month by posting a series of photos of herself flashing her breasts, her nipples covered by star emojis.

After starting 2023 with a bang, we can only imagine what Noah has in store for the rest of the year.