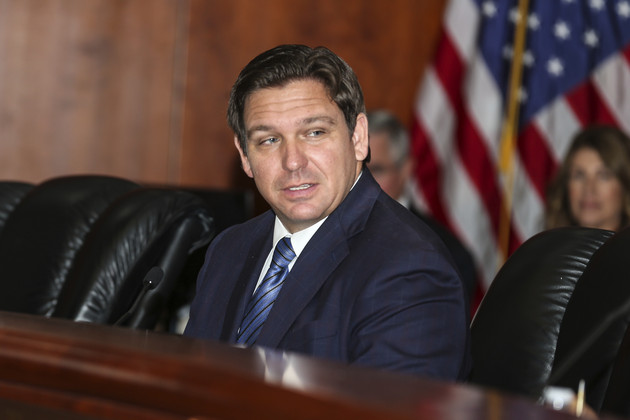 The number of adults and children who received Medicaid coverage for behavioral therapy, hormone treatments and, in rare cases, surgery for gender dysphoria increased from 593 enrollees in 2018 to 1,209 in 2021, according to new data from Florida’s chief Medicaid regulator. Gender dysphoria refers to the feelings of discomfort or distress some transgender people experience when their bodies don’t align with their gender.

Michael Haller, chief of pediatric endocrinology at the University of Florida, said the data only bolsters claims that the state’s ban on Medicaid payments for gender affirming treatment is nothing but political theater that blocks people from accessing critical care.

“Our state health leadership is acting like this is the most important issue facing our state, and our kids’ health right now,” Haller said during a Tuesday phone interview. “It’s infuriating because it’s actually affecting people’s access to care.”

Haller spoke on behalf of the Florida Chapter of the American Academy of Pediatrics, of which he is a member.

Florida’s Medicaid regulator, the Agency for Health Care Administration, released the data about three weeks after it blocked coverage for transition-related medical care in early August. The agency’s Medicaid chief released a report in April claiming that there isn’t enough information to confirm the treatments were effective. The agency is responsible for much of the state’s $36.2 billion program, which covers almost 5.4 million people.

RepublicanGov. Ron DeSantis has pushed policies and laws that are seen as antagonistic toward the LGBTQ community, including publicly supporting the state’s new law that prohibits teachers from leading classroom discussions on sexual orientation and gender identity for kids in kindergarten through third grade. His support of such policies has helped increase his national profile as he weighs a possible 2024 bid for president.

DeSantis also signed into law legislation in 2021 that barred transgender women and girls from competing in women and girls’ sports, saying at the time that, “in Florida, girls are going to play girls sports and boys are going to play boys sports.” And earlier this month, the Florida Health Department recommended the state’s medical board consider banning gender affirming treatments for minors.

Florida’s Medicaid program covered treatment for roughly 3,000 people in Florida from 2018-2022 – the only years the state released such data. At least nine other states have implemented similar bans, according to nonprofit research think tank Movement Advancement Project.

A coalition of groups opposing restrictions on gender-affirming care led by the Southern Legal Counsel vowed to file a federal lawsuit to stop the new rules after they took effect Aug. 21.

In a statement, AHCA spokesperson Brock Juarez pointed to an increase in children receiving gender-affirming care, particularly in hormone therapy treatments. For instance, the number of children who received puberty blockers went up from 15 children in 2018 to 55 in 2021.

“This is a concerning statistic and potentially indicative of a medical community increasingly focused on promoting treatments found to be experimental and investigational with the potential for harmful long-term effects,” Juarez wrote.

The data also shows an increase in children receiving behavioral health therapy for gender dysphoria, going from 143 children in 2018 to 233 in 2021. Juarez noted in his statement that 12 children underwent surgical procedures in 2021. One child underwent such surgery in 2018, according to the data.

Haller, however, said the data suggests that there is a need for such therapies and blamed the state for engaging in “culture war politics.”

“This isn’t about money,” Haller said. “Physicians don’t go into pediatrics, one of the lowest paid fields in medicine, for the money.”

Juarez did not provide a total cost associated Medicaid reimbursements for transgender care.

Jay Brown, senior vice president for programs, research and training at the Washington-based Human Rights Campaign, said the data shows that Florida agency would be better served by leaving such a small fraction of Medicaid enrollees alone.

“How someone transitions is their choice, to be made with their family, their parents, and their doctor,” Brown wrote, adding, “not politicians attempting to rile up an extremist base.”

Next
Longtime ESPN reporter M.A. Voepel comes out as transgender