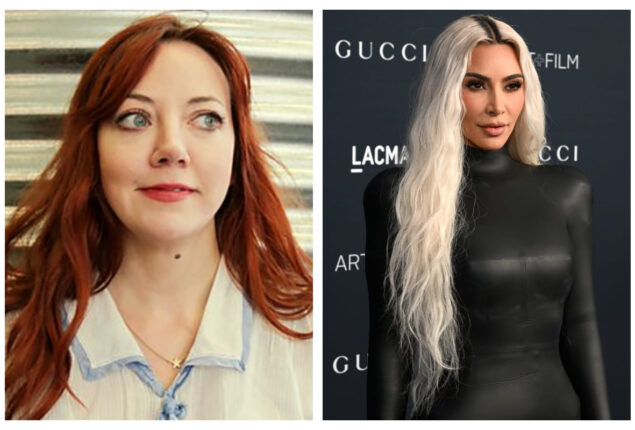 Actress and comedienne Diane Morgan has hit out at Kim Kardashian – comparing her to an egg as she criticises those who use botox to try to keep looking young.

The 47-year-old Motherland star says she doesn’t understand the appeal of going under the knife in pursuit of slowing the ageing process; especially when everyone then ends up looking the same.

Diane says she is embracing her own wrinkles and changing features – and argues she will be a better actress with her natural looks.

But she doesn’t sound overly impressed by reality stars and others who get tweaks and touch ups as they try in vain to slow the ageing process.

Expressing her complaints to The Sun on Sunday, Diane said: “The problem is that people tend to look the same as everyone else. Now everyone looks like Kim Kardashian. . . let’s not all look like her.

“I love looking ugly for a character, the uglier the better. You want to see someone looking grotesque.”

Cuttingly, she then went on to say: “I love seeing people looking characterful on TV. I hate that everyone looks like an egg. I want to see some interesting faces.”

However, showing a never say never attitude, she didn’t rule out not ever having work done as she admits she may one day have surgery to life her features around her mouth.

Reality star Kim, 42, has for decades been dogged with rumours and reports that she has had extensive surgery to change the appearance of her face, body and bottom.

Before and after images online haunt the star as she appears to have changed the shape of her face and her figure over the years.

However, she has been relatively coy herself over how much surgery she has enjoyed – admitting only to the occasional bout of botox and fillers.

Last year, in an interview with Allure, she claimed that she had “a little bit of Botox,” in the space between her eyebrows, adding: “But I’ve chilled, actually.”

Pirates Of The Caribbean Franchise Making A Big Return! Apart From Johnny Depp’s Jack Sparrow, These Two Characters Set For A Grand Comeback?

She then claimed she has had “no filler” and never had any added in her cheeks or lips, claiming: “No filler. Never filled either one, ever.”

She said: “I’m at peace with not being perfect and I wasn’t like that before.

“[Getting older] doesn’t mean that I won’t strive for perfection, but you get to a point where you’re like, ‘Okay, my health is more important than anything else.’”

And she added: “It’s hard to explain because I am at peace, but I would still do anything to look and feel youthful.”

Next
TikTok Fake Celebrity Death Prank Gets Hilarious Reactions, Some Call It ‘Sick’