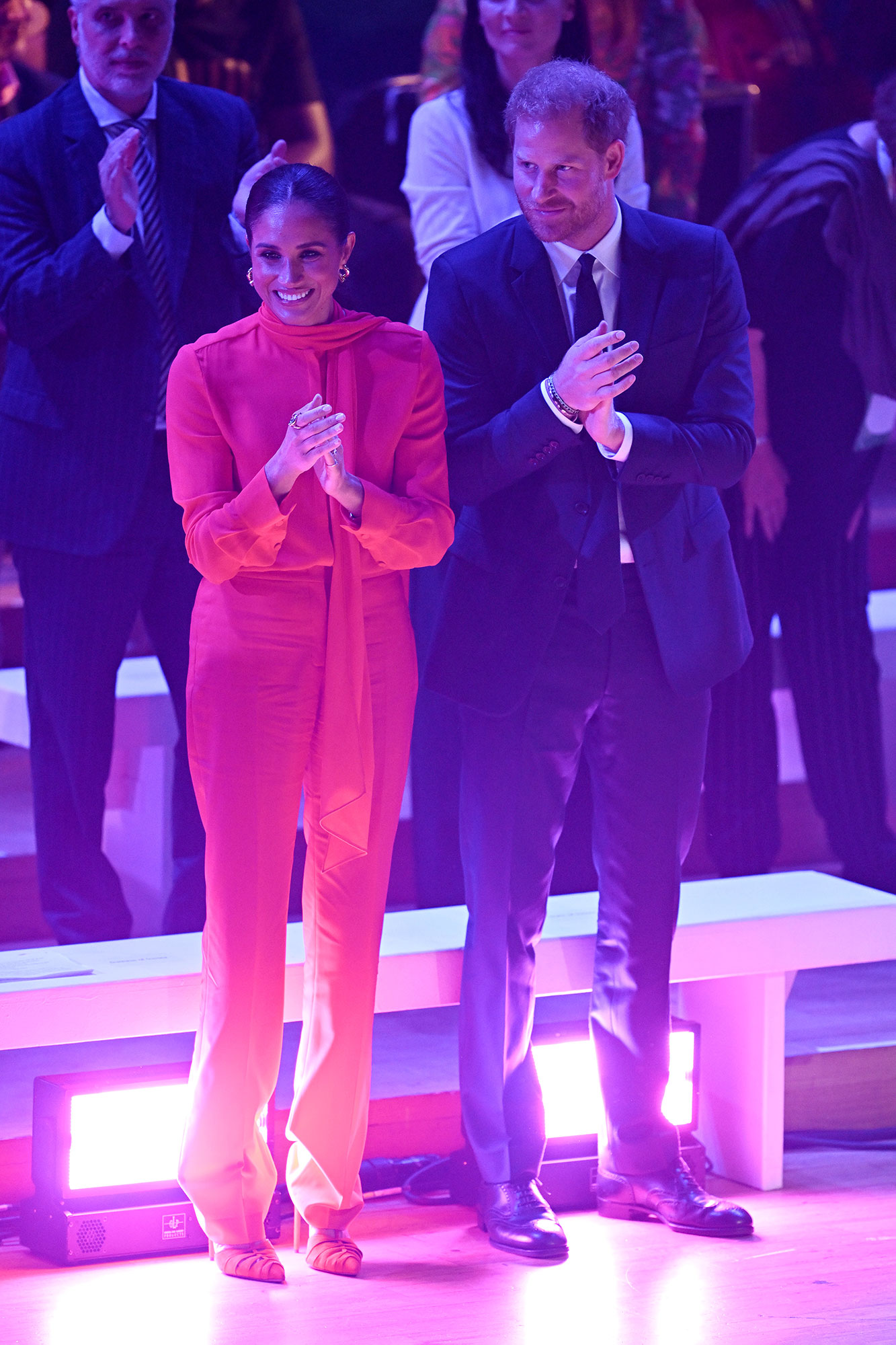 Meghan Markle and Prince Harry Return to U.K. for Charity Event: It’s ‘Very Nice to Be Back’

Share
Home
Celebrity
Meghan Markle and Prince Harry Return to U.K. for Charity Event: It’s ‘Very Nice to Be Back’

Back across the pond! Meghan Markle and Prince Harry returned to the United Kingdom for a charity event three months after their trip for Queen Elizabeth II‘s Platinum Jubilee.

The Duchess of Sussex, 41, and the Invictus Games founder, 37, attended the One Young World Summit in Manchester on Monday, September 5, as part of a mini tour that will also take them to Germany. The Suits alum, for her part, gave her first speech in the U.K. since she and her husband made their final royal appearance in March 2020.

“It is very nice to be back in the U.K.,” the Bench author began, wearing a bright red outfit accessorized with understated gold hoops. “You are the future. But I would like to add to that that you are also the present. You are the ones driving the positive and necessary change needed across the globe now in this very moment. And for that, I’m so grateful to be in your company today.”

One Young World is a charity organization that aims to develop “young leaders to build a fair, sustainable future for all.” Meghan has worked as a counselor with the group since 2014.

Last month, royal expert Christopher Andersen told Us Weekly that he believes Prince William and Duchess Kate will avoid Harry and Meghan during their brief visit to the U.K. “They’re gonna be playing royal hide and seek,” the Day Diana Died author explained, noting that the Duke of Cambridge and his wife, both 40, would be at Balmoral Castle in Scotland during the first part of the Sussexes’ trip.

The BetterUp CIO and the California native are set to head to Düsseldorf, Germany, as the next stop on their tour, but they’ll return to the U.K. on Thursday, September 8, for a brief visit to London. “They’re going to be, literally, a brief stroll from each other on the grounds of Windsor because the Cambridges have to [return in time to get their] kids in school,” Andersen explained.

Meghan and Harry’s latest trip to England marks the couple’s third visit to the country since they announced their decision to step down as senior working royals in January 2020. Most recently, the duo visited London for the Jubilee, which celebrated the 70th anniversary of Elizabeth’s accession to the throne.

During the June trip, the pair introduced daughter Lili, now 15 months, to her great-grandmother, 96, for the first time. The sovereign also got to see Harry and Meghan’s 3-year-old son, Archie, during the visit.

“Spending time with her great-grandchildren and seeing Lilibet turn 1 added some light to her day,” an insider exclusively told Us in June. “She thinks they’re adorable and gave Lili and Archie gifts.”

Keep scrolling for more photos of Harry and Meghan at the One Young World Summit.

The “Archetypes” podcast host and the former military pilot shared a laugh in the audience.

The duo were all smiles at the charity event.

The pair will visit Germany for an Invictus Games event.

The couple’s third and final stop will take them to London for the WellChild Awards.

The twosome recently traveled to New York City, where Harry gave a speech at the United Nations General Assembly.

Next
Over 1,000 LGBTQ elected politicians serving in the U.S. – study