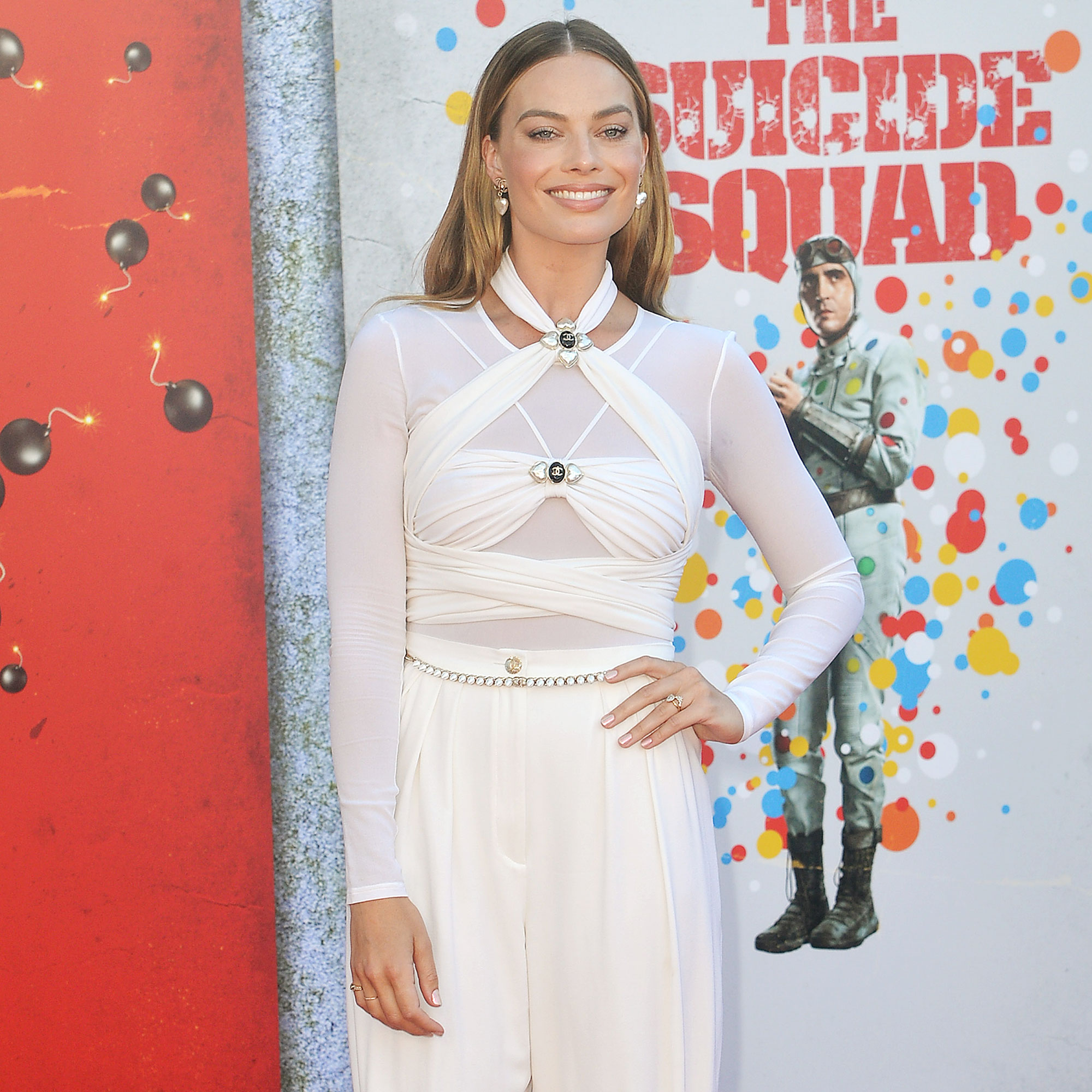 Come on Barbie, let’s go party! While filming the live-action movie about the iconic doll, Margot Robbie celebrated her 32nd birthday in style — and in character.

The actress received a pink Barbie doll cake that read “Happy Birthday Barbie Margot!” in icing on the front, according to photos obtained by Page Six from Saturday, July 2. Robbie was later seen on set with a pink box of Trejo’s Donuts and a party hat in hand.

The Australia native rang in her special day with costars Ryan Gosling, Will Farrell, Kate McKinnon and Simu Liu. Robbie’s husband, Tom Ackerley, was also photographed arriving on set to participate in the festivities.

The Suicide Squad star’s upcoming role has already created online buzz as fans continue to react to the footage from filming. The revamped project, which will be released in July 2023, comes after a Barbie movie was originally set to be created by Diablo Cody.

Even though Amy Schumer was cast in the lead role, the comedian, 41, dropped out due to scheduling conflicts. Schumer later clarified that her decision was influenced by creative differences behind the scenes.

“They definitely didn’t want to do it the way I wanted to do it, the only way I was interested in doing it,” the New York native told The Hollywood Reporter in March, adding that she wanted her version of the character to be an “ambitious inventor” but it didn’t materialize.

The Only Murders in the Building guest star also claimed that the script focused on Barbie inventing high heels made of Jell-O. “I felt like I was disappointing my team by not being Barbie,” she added. “The idea that that’s just what every woman must want, right there, I should have gone, ‘You’ve got the wrong gal.’”

After Robbie was recast as Barbie, the Golden Globe nominee teased how the character’s arc “comes with a lot of baggage.”

“But with that come[s] a lot of exciting ways to attack it,” she told Vogue in August 2021, noting there would be “a lot of nostalgic” connections for viewers “People generally hear Barbie and think, ‘I know what that movie is going to be,’ and then they hear that Greta Gerwig is writing and directing it, and they’re like, ‘Oh, well, maybe I don’t.’”

Previous
Aidy Bryant Found Her Style Through a Decade of Dressing as Other People
Next
How will Roe v. Wade reversal affect LGBTQ rights? Experts, advocates weigh in