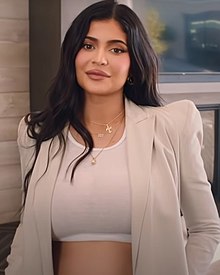 Kylie Jenner Just Made History on Instagram With Latest Milestone

Kylie Jenner may not be posting much to Instagram in the final days of her second pregnancy and the wake of the Astroworld Concert tragedy, but the cosmetics brand founder just hit a major milestone on the platform. Jenner surpassed 300 million followers, becoming the first woman ever on Instagram to do so. As of press time, she has 301,301,790 million followers. Other top followed women Selena Gomez and Ariana Grande both have 289 million followers each.

Jenner’s last Instagram post, shared a week ago, offered a rare look at her pregnancy. “i am woman ?” Jenner captioned it. Over 13.7 million people liked the photo.

Jenner hasn’t revealed the exact due date for her second child or its sex. But the end of August, a source told People that “Kylie is a few months along. She has a cute bump. She is beyond excited. She has been wanting to give Stormi a sibling for a while. She loves being a mom. She is thrilled that she and Travis [Scott, her back-on boyfriend] are pregnant again. She has been enjoying her pregnancy in private. She has only spent time with close friends and family.”

Some fans online have speculated that Jenner may have already secretly given birth given her low profile and recent photos of her boarding a plane in January with a blanket covering herself and what could be a newborn.

Previous
Walking for weight loss—can you really get fit by doing enough steps?

Next
‘Euphoria’ Star Hunter Schafer is in the Mood for Prada