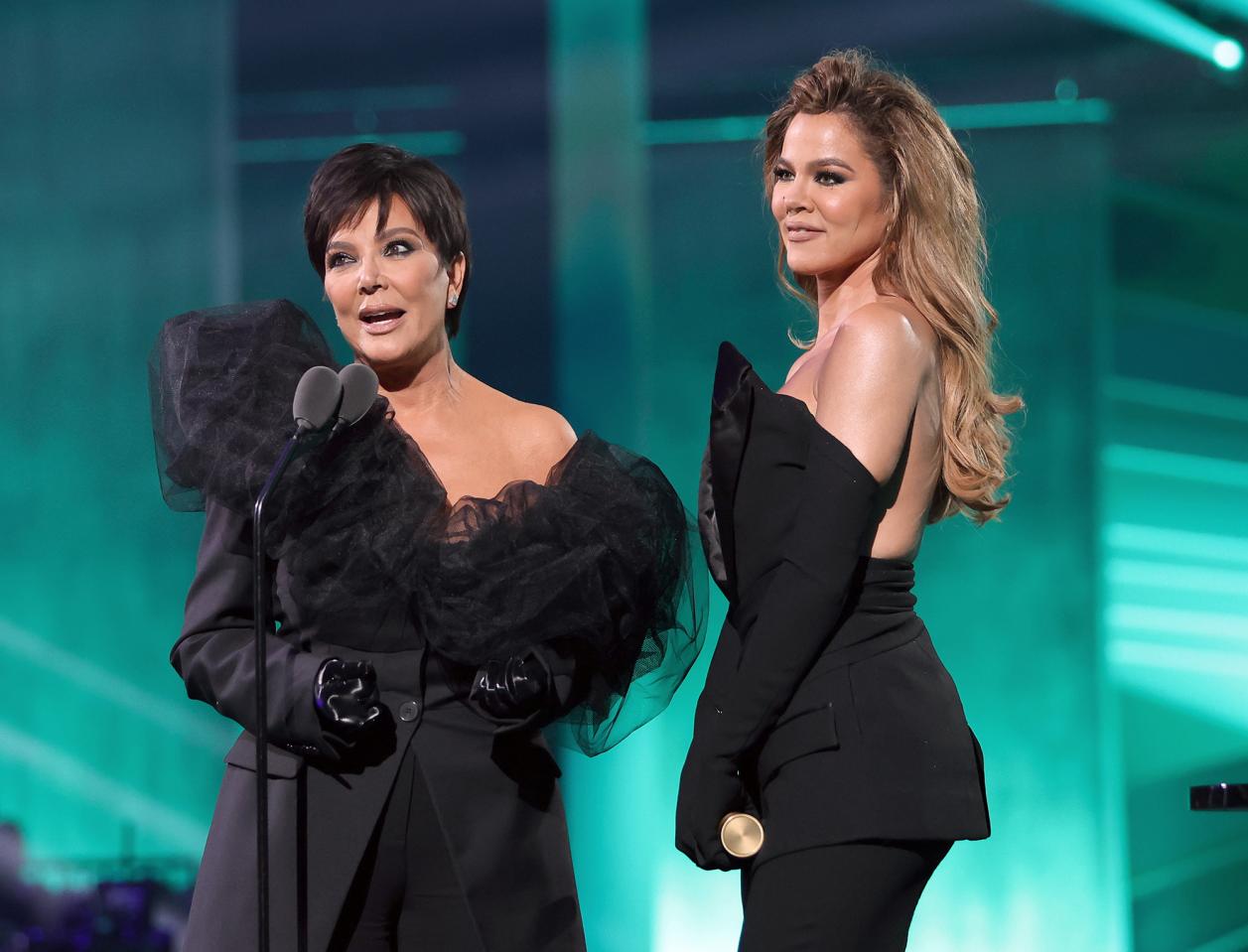 “My outfit broke,” the “Revenge Body” star told her followers in an Instagram Story after the show.

“The whole zipper popped open. So I am sewn into my outfit. I had to pee. So we had to cut the stitching out and sew me back in.”

Kardashian, who wore a black Jean Paul Gaultier suit for the occasion, blamed beauty struggles when she belatedly took the stage alongside Jenner.

“I’m so sorry I’m out of breath. I was trying to fix my hair, oh my god, a girl’s gotta fix her hair,” she quipped at the time.

Turns out, tress troubles were partly to blame for the holdup as well.

“My hair — here, right here — it is a disaster,” the Good American co-founder said on her Story. “But that’s okay. Champagne problems!”

Later in the night, Kardashian posted an update.

“You guys, my hair looks really good now. I’m telling you … I don’t know what happened onstage, my hair was f—ked up and then I was being called. My mom was onstage alone, so I had to run over there and save her, and I looked like a freak,” she said while hugging her friend Malika Haqq.

The style snafu didn’t stop her from celebrating her win. “I’m so f—king happy that I won People’s Choice for the fifth year in a row and that ‘Kardashians’ won as well!” she added.

Khloé’s suited-up look for the show coordinated with Jenner’s black ruffled Alexander McQueen ensemble, proving the Kardashians are experts when it comes to mommy-and-me dressing at any age — fashion faux pas be damned.

Next
Elon Musk Briefly Became The 2nd Richest Person In The World. No. 1 Was…