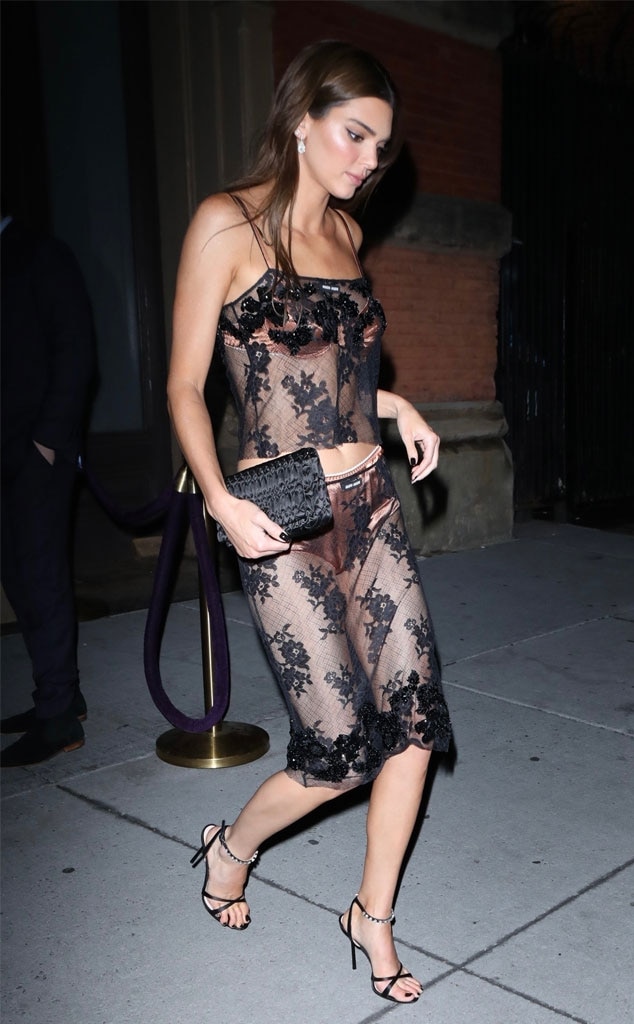 Kendall Jenner has shared the nighttime practices she’s instilled to help her cope with her anxiety. Read on to see how the model “winds down” in the evening.

One routine Kendall Jenner is certainly keeping up with? A nighttime ritual of relaxation with a side of tea.

The Kardashians star—who has open about her struggle with anxiety over the past few years—revealed how she tries to keep the insomnia at bay during the late nights hours. “I like to wind down in the evenings,” the 26-year-old told Vogue in a story published Aug. 19. “I usually drink tea and relax by reading a book or writing in my journal.”

As Kendall explained, “I have struggled with anxiety for years and it can have good and bad days. If I need to wind down, I really make a point to take 15 minutes to meditate to settle my anxiety so I can get a good night’s rest.”

Back in 2018, the model opened up about her experience with anxiety and the impact it’s had on her professional life. “I feel like the life I live is extraordinary in a lot of ways but that it also comes with a lot of responsibilities,” she said in a 2018 interview with Harper’s Bazaar. “I’ve had to grow up pretty fast and deal with situations most 22-year-olds aren’t really put into.”

Added the Kardashians star, “There are days and weeks and months when you just don’t stop.”

Kendall noted that most times, she finds herself anxious over situations that are out of her control. “If something isn’t going the way I planned, I freak out,” she continued. “Some days I just want to go live on a farm and not talk to anyone and just exist in the middle of nowhere.”

Explaining that she has been suffering from “debilitating anxiety,” Kendall also shared the direct affect her struggle has had on her sleep.

“I literally wake up in the middle of the night with full-on panic attacks,” she continued. “Where do I even start? Everything is so horrible; it’s hard to name one thing.”

Kendall, who in addition to starring alongside her sisters on TV, has also seen a notable career as a runway and print model, which as she revealed to Vogue in 2021, added another layer of stress. “I think being overworked and being in the situation that I’m in now is kind of what set it out of control in a way,” she said. “I’ve had times where I feel like I need to be rushed to the hospital because I think my heart’s failing and I can’t breathe and I need someone to help me. Sometimes I think I’m dying.”

And although Kendall said she understood that not everyone would be compassionate towards her since she “lives a very privileged, amazing lifestyle,” she explained that she’s just human at the end of the day.

“No matter what someone has or doesn’t have,” she added. “It doesn’t mean that they don’t have real life feelings and emotions.”

Previous
Everything to Know About the 2022 MTV VMAs: Performers, Nominees and More