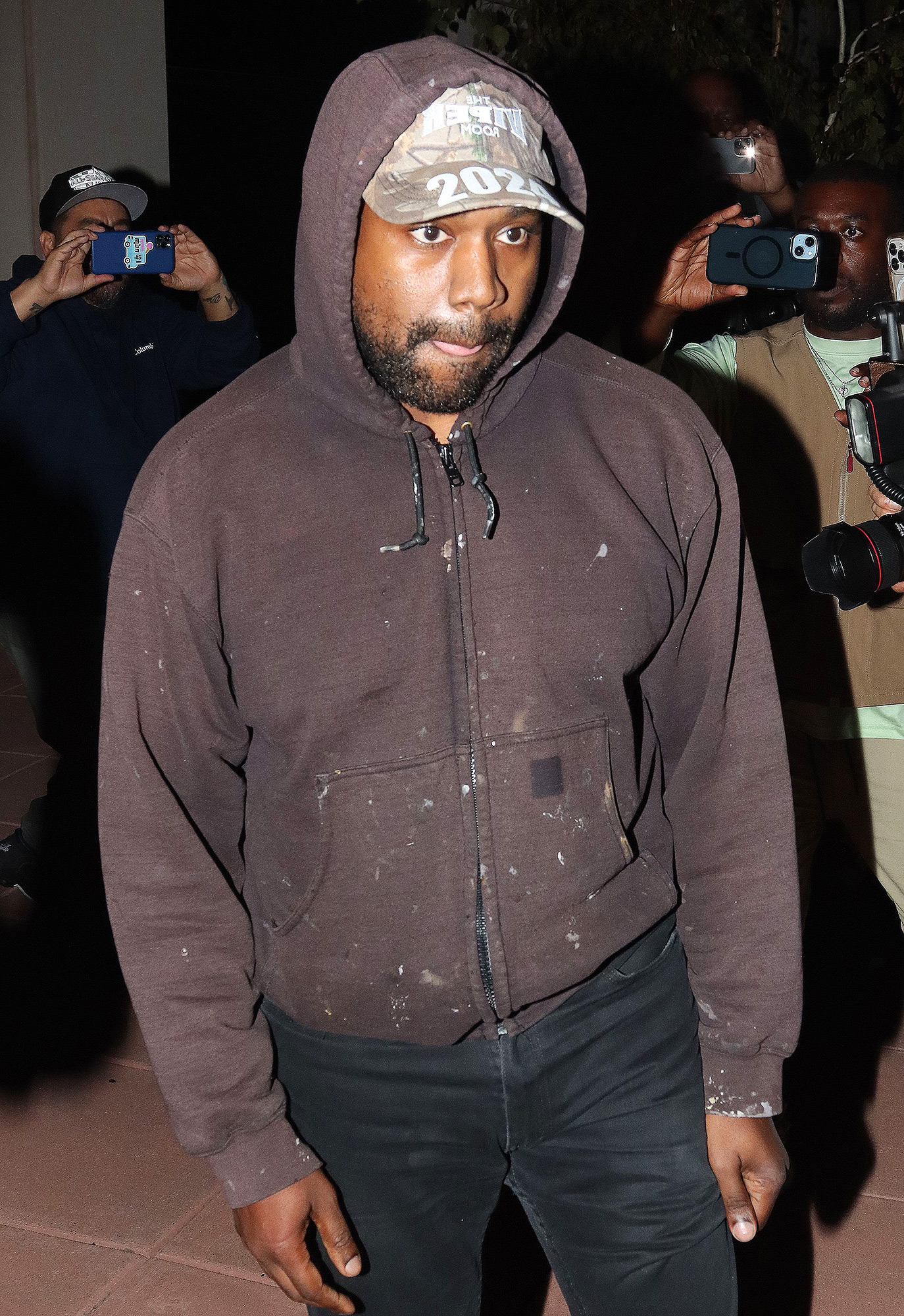 Kanye West’s Anti-Semitism Scandal: Every Brand That Has Dropped Him

Share
Home
Celebrity
Kanye West’s Anti-Semitism Scandal: Every Brand That Has Dropped Him

Kanye West continues to be dropped by major brands as the backlash against his anti-Semitic comments grows greater.

The “Famous” artist made headlines on October 8 after tweeting, “I’m a bit sleepy tonight but when I wake up I’m going death con 3 [sic] On JEWISH PEOPLE. The funny thing is I actually can’t be Anti Semitic because black people are actually Jew also You guys have toyed with me and tried to black ball anyone whoever opposes your agenda.”

The reaction to West’s message was swift. Twitter deleted the tweet and he was temporarily banned from the platform. Instagram also restricted his account. Dozens of celebrities — including his ex-wife, Kim Kardashian — lambasted the Yeezy designer’s words and condemned the hateful rhetoric.

Days after his initial tweet, West appeared on Piers Morgan Uncensored where he apologized to “the people that I hurt” with the message — but stated that he did not regret the remarks.

Still, West said, he “absolutely” did not regret the comments. “Yes, I fought fire with fire,” he stated. “I’m not here to get hosed down. It’s a different type of freedom fighter.”

In the wake of the backlash — which itself came on the heels of West’s Paris Fashion Week 2022 drama — the “Gold Digger” rapper was dropped by multiple brands he’s worked with for years.

Top Hollywood agency CAA (Creative Artists Agency) cut ties with West after his repeated anti-Semitic remarks. “I can confirm that Kanye is not a client,” a rep for the company told CNBC on October 24.

The same day, MRC executives — the studio behind an upcoming documentary about West — announced that the project will be shelved.

“This morning, after discussion with our filmmakers and distribution partners, we made the decision not to proceed with any distribution for our recently completed documentary about Kanye West. We cannot support any content that amplifies his platform,” studio executives Modi Wiczyk, Asif Satchu and Scott Tenley said at the time, per Variety. “Kanye is a producer and sampler of music. Last week he sampled and remixed a classic tune that has charted for over 3,000 years — the lie that Jews are evil and conspire to control the world for their own gain.”

One brand that has yet to fully sever ties with the rapper is Adidas, which announced that their partnership with West is “under review” in a statement shared prior to the Grammy winner’s anti-Semitic remarks. (The statement was made after his “White Lives Matter” T-shirt controversy during Paris Fashion Week, during which he also slammed a Vogue reporter. The magazine is yet another brand to end their relationship with West since the controversy.)

Weeks after Adidas’ statement, West claimed that the company wouldn’t drop him in the aftermath of the scandal.

“I can literally say antisemitic s—t to Adidas and they can’t drop me,” he said in a video shared via social media.

Keep scrolling to see the brands that are no longer working with West in the wake of his anti-Semitic remarks:

On October 25, the retailer said the company is “taking immediate steps to remove Yeezy Gap product from our stores and we have shut down YeezyGap.com.”

In a statement to Us Weekly, Gap added: “Antisemitism, racism and hate in any form are inexcusable and not tolerated in accordance with our values. On behalf of our customers, employees and shareholders, we are partnering with organizations that combat hate and discrimination.”

The Creative Arts Agency dropped West as a client in the aftermath of his anti-Semitic comments. A rep for the talent agency confirmed that the artist was no longer a client as of October 24.

“Balenciaga has no longer any relationship nor any plans for future projects related to this artist,” Kering, the high-end brand’s parent company, told Women’s Wear Daily in a statement on October 21.

Both the fashion outlet and editor-in-chief Anna Wintour have severed ties with West, a spokesperson for Vogue told Page Six on October 21, noting that the brand and Wintour herself have no plans to work with the rapper again following the remarks.

Though the film company’s documentary on West is already finished, it will not be distributed.

“This morning, after discussion with our filmmakers and distribution partners, we made the decision not to proceed with any distribution for our recently completed documentary about Kanye West. We cannot support any content that amplifies his platform,” executives Modi Wiczyk, Asif Satchu and Scott Tenley wrote in an October 24 memo, per Variety. “Kanye is a producer and sampler of music. Last week he sampled and remixed a classic tune that has charted for over 3,000 years — the lie that Jews are evil and conspire to control the world for their own gain.”

“Adidas does not tolerate antisemitism and any other sort of hate speech. Ye’s recent comments and actions have been unacceptable, hateful and dangerous, and they violate the company’s values of diversity and inclusion, mutual respect and fairness,” the German athletic brand said in a statement on October 25. “After a thorough review, the company has taken the decision to terminate the partnership with Ye immediately, end production of Yeezy branded products and stop all payments to Ye and his companies. Adidas will stop the Adidas Yeezy business with immediate effect.”