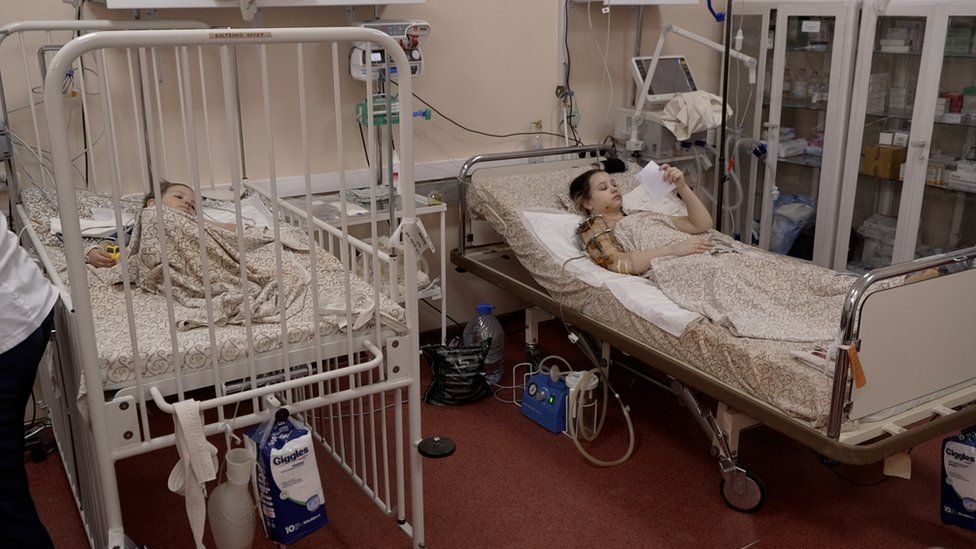 In Mariupol, children bear the brunt of Vladimir Putin’s war

In the next bed to Artem lies 15-year-old Masha, also from near Mariupol. Her right leg was amputated after it was torn apart by the blast from a Russian shell last Tuesday.

The very worst of Vladimir Putin’s war in Ukraine and what the relentless Russian bombardment has done to the people trapped in the besieged city of Mariupol, can be seen at the Regional Children’s Hospital in the nearby city of Zaporizhzhia.

Hundreds of people have been evacuated here. Their physical wounds are obvious and may, to an extent, heal. The psychological trauma will live with them for ever.

Doctors here and the children’s surviving relatives, asked us to tell their stories, among them Dr Yuri Borzenko, head of the Children’s Hospital. He can’t hide his contempt for what Russia has done.

“I hate Russia,” says Dr Borzenko, without a flicker of emotion on his face. “The girl who lost her leg (Masha) was so traumatised she wouldn’t eat or drink for days. She couldn’t mentally handle what had happened. We had to feed her intravenously.”

“Another boy,” says the doctor, “a six-year-old, with shrapnel in his skull described – without any tears or emotion – watching his mother burn to death in their car after it was hit. Two days later he said ‘dad buy me a new mum, I need someone to walk me to school’.”

What is happening in Mariupol is a humanitarian disaster, even – perhaps – a war crime. An estimated 90% of the city’s buildings have been damaged or destroyed. After last week’s destruction of a theatre where more than 1,000 people were sheltering, reports today that an arts school, with 400 people inside, has also been attacked.

Those who’ve been able to escape Mariupol talk of unimaginable horrors. First-hand accounts of bodies lying in the streets, of homes destroyed. Carrying those memories they put as much physical distance as they can between themselves and what they went through.

In a café in the central city of Dnipro, which itself has come under Russian fire, we met Oksana Gusak. With her husband Andrii, and her parents, Oksana fled Mariupol last week through mined roads and a dozen hostile Russian army checkpoints.

Just drinking a glass of water now feels like a luxury for Oksana, after they had run out of everything in Mariupol. They all politely turn down our offer of coffee, saying it would be an insult to the family members they left behind in parts of Mariupol from where it was impossible to flee.

Her husband, Andrii, told me there was no water supply in the city, no power, no heating and no communications so they had no choice but to go.

“Absolutely we were taking a risk but at that point I didn’t care whether I’d die in Mariupol or die trying to get out,” says Oksana.

“We knew there was a chance, we’d be targeted and we realised we had to take that chance. If we would have stayed, the chances of surviving would be zero.”

Andrii and Oksana are fortunate to have escaped unharmed and with each other. They know that.

At Zaporizhzhia’s Children’s Hospital, I came across one grief-stricken, inconsolable father whose family had been completely torn apart.

His daughter Natasha, who was 26, and his 4-year-old granddaughter Dominica, were killed when a Russian shell landed near the shelter where the whole family was seeking refugee from the bombardment of Mariupol.

“I looked at the ground and there lay my little granddaughter with her head completely torn to pieces,” says Vladimir. “She lay there without a single breath and right next to her was my daughter with her legs fractured, open fractures.”

Dominica – whose pictures her grandfather almost caresses on his phone – was killed instantly. Her mother died from her injuries the next day.

As broken as he is, Vladimir is trying to stay strong for his second daughter, Diana. She was also critically wounded in the blast and was about to undergo emergency surgery.

But he could not hide his pain. “God, why would you bring all this upon me? I was not supposed to bury my children, my lovely girls, I failed to protect you.” 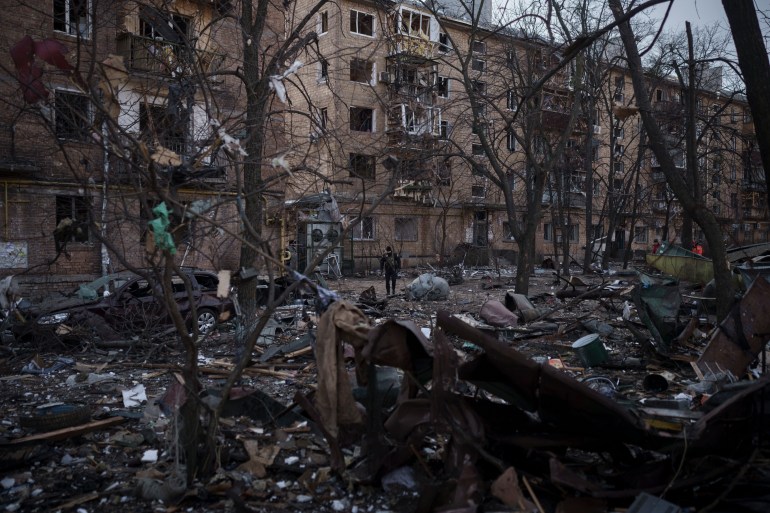