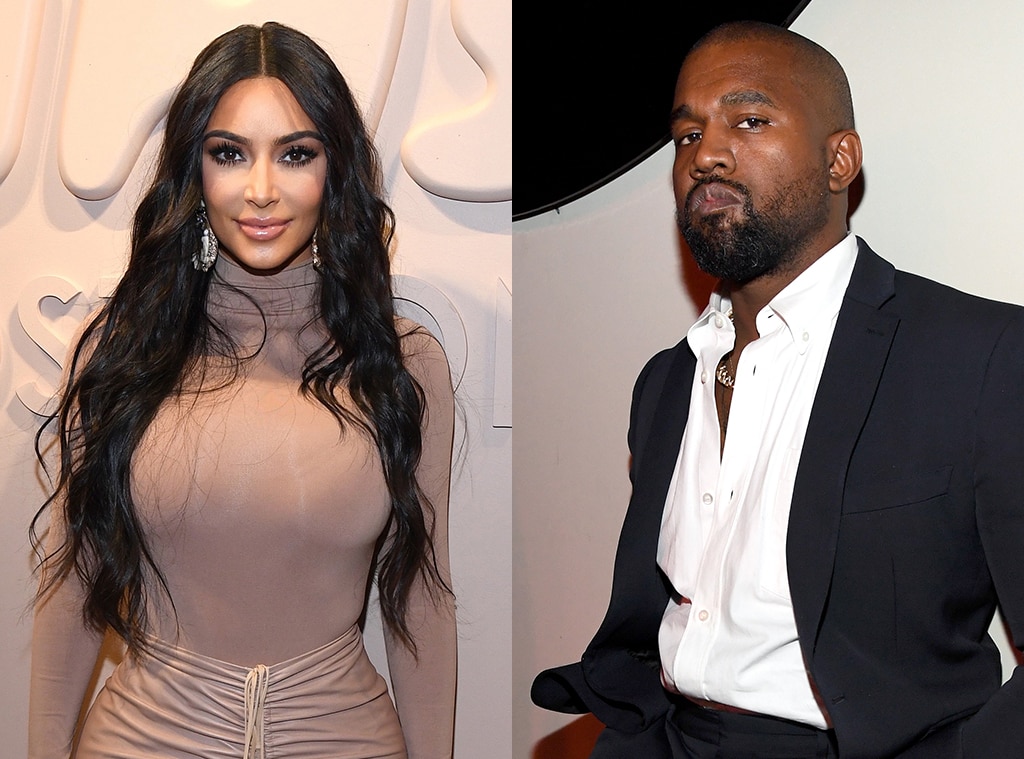 Kim Kardashian isn’t keeping up with Kanye “Ye” West‘s public affection for her.

In recent weeks, the Grammy-winning rapper has professed his love for the former Keeping Up With the Kardashians star. Whether Ye is still calling Kim is his “wife” 10 months after she filed for divorce or pleading for her to “run right back to me,” the Donda musician has made it clear that he’s hoping to reconcile their relationship.

So how does the SKIMS founder feel about the 44-year-old artist’s public pleas?

A source close to Kim tells E! News that she “tries not to pay attention” to his impassioned shoutouts and tries to “ignore it when he does this.”

However, the insider explains that the 41-year-old reality TV star understands Ye is someone who “wears his heart on his sleeve and says exactly what he wants to say.”

“Nobody is going to stop him,” adds the source, “and Kim knows that.”

Despite the Yeezy designer’s public cries to repair their romance, Kim has seemingly moved on. Not only did she recently start dating Pete Davidson, but she has also asked the court to spring into action over her and Ye’s divorce.

In court documents obtained by E! News on Dec. 13, the KKW Beauty founder’s lawyer stated that she “has no desire to reconcile” their relationship.

“Irreconcilable differences have led to the irremediable breakdown of the marriage, and there is no possibility of saving the marriage through counseling or other means,” the documents stated. “The continued maintenance of technical marital status between [Kim] and [Ye] serves no useful purpose, and there is no reason to maintain the legal relationship.”

In addition, the court documents reveal that Kim is asking the court to change her marital status to legally single due to Ye and his lawyers allegedly being “non-responsive” in her attempts to “move this case forward to a speedy and amicable resolution.”

She is also requesting to drop “West” from her last name and revert back to her maiden name.

According to the documents, Kim has agreed to “any conditions” that the court plans to impose in order for her to officially divorce the “Jesus Is King” rapper.

E! News previously reached out to Kim and Ye’s lawyer for comment.

Even though the exes are in the midst of a divorce, they have remained cordial and committed to co-parenting four kids: North, 8, Saint, 6, Chicago, 3, and Psalm, 2.

Just last weekend, Kim and their two eldest children attended Ye’s “Free Larry Hoover” benefit concert at the Los Angeles Memorial Coliseum. According to a separate source, “It seemed to mean a lot to him that they were there—especially that Kim was there” at the concert.”

“It was very important to him that Kim was all good and he made it clear that was a priority,” the second insider added. “He’d been talking about how he just wants his family back.”

The KUWTK alum also appeared at Ye’s Donda concerts in the fall. He returned the favor and supported Kim ahead of her Saturday Night Live hosting duties in October. But no matter how friendly they remain, another source previously told E! News that Kim “tried for a long, long time” to make their marriage work, but she ultimately “reached her breaking point.”

Next
Does Female Privilege Exist?