Eating and drinking too much over Christmas is inevitable. Don’t even think of fighting it. There is, after all, nothing much else to do. But now, with the new year upon us, is the time to tighten your belt. Decadent though it seems, I always find the idea of gastronomic restraint peculiarly attractive after periods of massive gluttony and overindulgence. It’s not that I want to do penance, but boredom-induced overeating is as burdensome as it is bloating. It’s almost a relief to give it up.

I don’t suggest the culinary equivalent of a hair shirt: I have always found self-denial one of the more charmless of the virtues. I suggest, rather, a streamlined voluptuousness – in food and, as it happens, forme. With dedicated forethought and rigorous preparation, it isn’t hard to eat well while eating less, but I wouldn’t want to make any exaggerated claims for low-fat or low-calorie eating. On the whole, it’s best done alone, or with a friend.

I love food too much not to eat a great deal of it: and anyway, we all know that the more you try not to eat, inevitably the more you think about it. Put that to good use and think constructively, not obsessively. It helps not to feel deprived if you make each meal last longer. Staggering the various components rather than eating them all on the same plate at the same time gives you a sense of eating more than you are. On the whole this means using vegetables to bulk out a meal. I buy them ready scrubbed, peeled, and chopped from Marks & Spencer so that there isn’t even an excuse to eat something easier and quicker instead.

Start with courgettes, sliced lengthways, and cooked on a griddle till they are tigered brown then sprinkled with chopped herbs – dill, mint, coriander, or parsley – and sea salt, and spritzed with lemon juice. Follow with a small, thick fillet steak, studded with coarse-ground pepper, or a venison steak with the peppercorns ground along with some juniper berries, and a bowlful of cooked but still crunchy broccoli with either soy sauce or lemon juice to point up its sweetness; then a tomato salad, leafy with basil, and dressed with just a few drops of good balsamic vinegar.

The trick is not to become bored and therefore to use as varied a collection of vegetables as possible. Fennel can be sliced thinly and baked in a little stock in a moderate oven for about 40 minutes, or eaten as a salad with lamb’s lettuce and lemon juice. And leeks cut into about 10cm lengths can be added to an equal amount of white wine and salted water – about a couple of glasses of each, which has been brought to the boil – and cooked until tender. Alternatively, chop any vegetable that comes to hand and cook by a method that combines stir-frying with steaming: pour a small amount of stock into a wok, place over a high heat and add ginger, garlic, spring onions, sugar snap peas, broccoli, fennel, carrots and baby sweetcorn.

Make a soft, soused tangle of peppers to keep on standby. Put red, yellow and orange peppers under a hot grill until the skin is blistered and black and then put in a bag for 15 minutes. Peel the burnt skin off while holding the peppers over a bowl to catch the juices, then slice into wide strips, dress with balsamic vinegar and a squirt or two of orange juice; dot with anchovies that have been preserved in salt (not oil) which you’ve soaked in milk before rinsing, squeezing dry and tearing into pieces; drop in a small handful of black olives in brine, cut in half or chopped into jagged pieces. If you can’t get the salt-packed anchovies, stir in a teaspoon of anchovy essence. This oil-less peperonata also makes a fabulous sandwich filling.

You don’t need me to tell you how to eat lean, grilled meat and fish. But the trouble is that most domestic grills are just not hot enough to prevent lean cuts from drying out before they are cooked. This is where the griddle comes in. I use a Le Creuset one, ridged for vegetables and meat on one side, smooth for fish on the other, which – pinching a trick from Sue Kreitzman – I spray first with an atomiser bought from Boots which I have filled with eight parts water to one part olive oil.

It may seem to be stating the obvious, but the secret of losing weight is portion control. For this reason packaged, pre-prepared food can often be the easiest way to restrict intake painlessly. If you love food, it is hard to give yourself small helpings of it, but shop portions are notoriously mean. I don’t refer simply to the carefully itemised low-fat food on sale now, but the normal stuff. A Marks & Spencer steak and kidney pudding, for example, is hardly low in fat, but you would probably never give yourself such a small helping were you to make one yourself. Since many people feel that the easiest way to stop overeating is to spend as little time as possible in the kitchen, ready-cooked foods can help. I am not one of these people, but I concede that there are times when it is best just to plonk something down and eat it before, with weakening resolve, you reach for something that you ought not to.

Similarly, if you’re someone who has to eat ice cream, buy the Loseley Farm individual 100ml cartons. There is no way anyone could ever give themselves that amount of ice cream from a big tub and feel anything but deprived – it would hardly cover the bottom of the bowl – but when it constitutes an entire serving, it somehow seems more reasonable.

Ready-made meals are a help, but they can never replace real food. On the other hand, plain, grilled food can become boring, and eating low-fat food that tastes low fat is of limited appeal. There are alternatives. Here are some.

This is a recipe from Sue Kreitzman’s Low-Fat Vegetarian Cookbook, which is so utterly virtuous I rather regard it as eating that doesn’t count, food that takes one back to nought, as it were. I don’t cook it for other people; it’s what I keep for myself to balance out a week of intense going out or overeating at home. The amount given here makes enough for six huge portions, which I freeze individually and thaw when required. If I am being very severe I eat this just with a raita (taken from the same book) made with the best lowest-fat fromage frais, chopped spring onions, grated fresh ginger and chopped mint and coriander. If following a middle path, I add some plain couscous, or if I feel I have nothing to atone for, I buy a hot, soft nan from my local Indian takeaway to mop up the aromatic juices. This recipe is, I admit, time-consuming and labour-intensive, but it is the low-fat culinary equivalent of a key text.

Put the onion pieces, garlic, spices, and 300ml of the stock into a heavy-bottom saucepan. Cover, bring to the boil, and boil for 5-7 minutes. Uncover and stir in the peppers, carrots and mushrooms. Reduce the heat slightly and simmer, stirring frequently, until the vegetables and spices are “frying” in their own juices, and the vegetables are tender. Leave to cool slightly. Purée half the mixture in a blender or food processor, then return the purée to the pan. Add the turnip, cauliflower, parsnip, fennel, and celery. Stir well. Add enough stock almost to cover the contents of the pot, season with salt and bring to the boil. Reduce the heat, cover and simmer for 15 minutes. Uncover, squeeze in the lemon juice, and add the courgettes and beans. Simmer uncovered for 10 minutes more, or until all the vegetables are tender.

A low-fat risotto may sound suspect, but this one works because of the intense, mushroomy depth of flavour. Risotto is best made just for two people, since it needs constant attention and has to be served immediately. I cook this often when I have a girlfriend over for lunch or dinner, and I cook it while we’re talking. I have specified the packaged mushrooms from Marks & Spencer because it can be difficult to find loose, wild mushrooms and the fact that there’s already butter in the package (usually about 18g of it) means you do not have to buy a whole, tempting pack of it.

In a small frying pan or medium saucepan, melt the pats of garlic and herb butter from the infelicitously named Mushroom Medley packet in a pan. (If you are feeling the need for extreme restraint, use only one of the pats and throw the other one away, immediately.) Fry the onion gently in the butter until soft but not brown. Add the mushrooms and cook for a few minutes. Throw in the wine and let the rice soak it up. Add a ladleful of hot stock and cook, stirring until the liquid has been absorbed. Carry on adding ladlefuls and stir over a low to medium heat until all the stock has been absorbed and the rice is creamy and just cooked but still firm to the bite. Stir in the Parmesan and chop some fresh parsley over it.

This is one of the few recipes that is genuinely good enough to serve without apology or excuse. You could make it for a dinner party. Crab meat is so intensely flavoured that fat is not required to give it depth. The recipe might seem to be masquerading as an Italian dish, but that is not the intention: the flavours are really borrowed from Thai and Korean crab cakes, but they make a wonderfully resonant pasta sauce. Frozen crab meat, thawed, can be used, if you can’t get fresh. Don’t worry about the small quantity this recipe makes: the pasta should be dressed, not smothered, in the sauce. If sparsity of fat is not relevant, I’d add a bit more oil just after the pasta is tossed in the sauce to add gloss and lubrication, but it’s still lovely without.

Put water on for pasta. When almost boiling add salt, then start the sauce. Sweat the garlic, chilli, half the coriander, half the lime zest, and spring onions in olive oil until softened. Add the brown crab meat and white wine and simmer for about 10 minutes, stirring occasionally, until it reduces and thickens to an almost sludgy texture.

Allegra Stratton, And The Weaponisation Of Female Tears 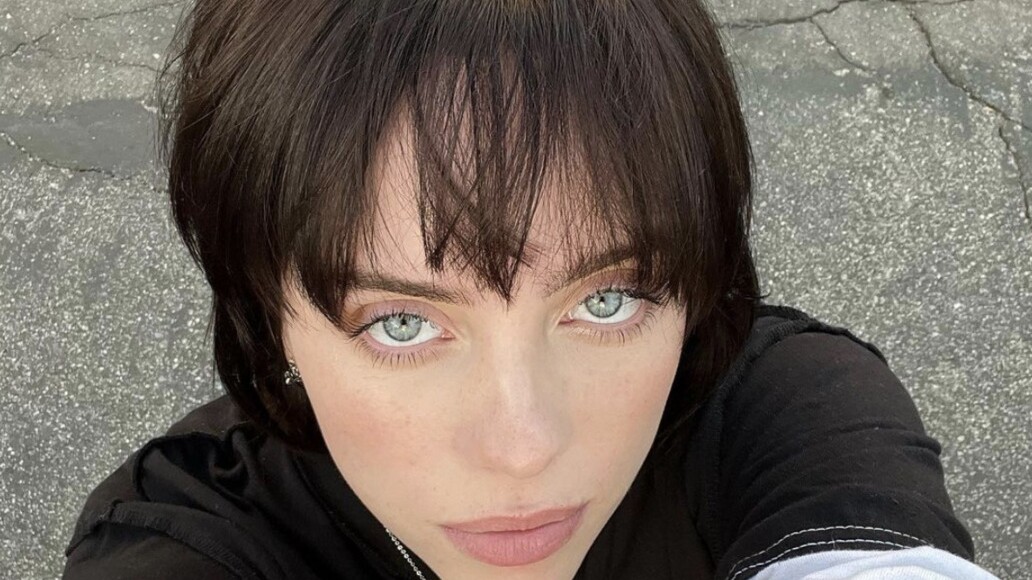 Previous
Billie Eilish Was a Redhead for a Week and Nobody Knew It
Next
From Metabolic Flexibility To Boxing, The 7 Fitness Trends To Know Now