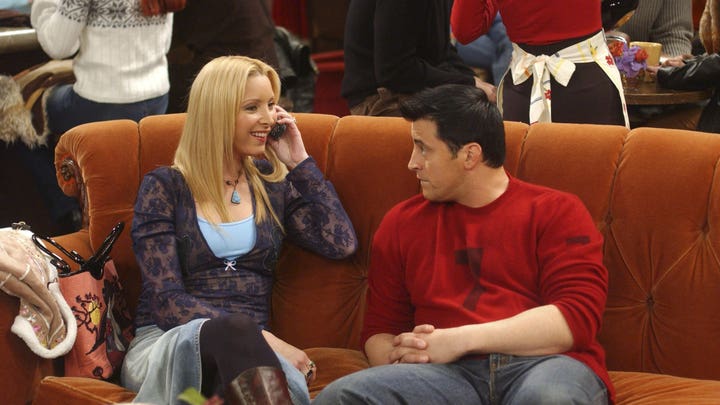 ‘Friends’ star Lisa Kudrow slammed by Spencer Pratt: ‘One of the worst humans I’ve come in contact with’

“Friends” actress Lisa Kudrow has been labeled “one of the worst humans” by “The Hills” star Spencer Pratt.

Chalk this one up to things you thought you’d never hear. If you’re confused — rightfully so.

In an effortlessly raw TikTok, the reality star, who is known for his candor and sarcasm, was asked to comment on the rudest celebrity he had ever met.

He shared, “Well that’s easy, Phoebe from ‘Friends.’ Hands down, one of the worst humans I’ve ever come in contact with, by far.”

In a follow-up post, Pratt recalled a ritzy party in Malibu hosted by the chairman of NBC in 2009. He and his wife, Heidi Montag, were enjoying their “first real A-list elite party” but it was “clear when we got there nobody wanted us there.”

He continues, “as we’re sitting there consuming a little caviar, Phoebe approaches, which was a little shocking since nobody had talked to us at all at the party.”

Pratt, who refuses to call Kudrow by her actual name, then alleges, “We’re standing near the buffet, that’s when Phoebe Buffay rolls up, and right in front of me, she tells Heidi that she needs to get away from me as fast as possible, cuz I’m gonna murder Heidi and that I have the eyes of a serial killer.”

If you’re wondering if this is satire, you’re not alone.

Pratt says, “Heidi waits to see if it’s a joke. Maybe this is a bit, a skit … no laughs, she just walks away. And that right there is the rudest moment I’ve ever encountered with a human being.”

Chanel, Kate Moss And Babyshambles: The Noughties Through The Eyes Of It-Girl Irina Lazareanu

Pratt’s video, which has amassed thousands of likes and comments, offered a revealing glimpse, albeit entirely true or false, into the crossover between reality television and Hollywood’s elite.

During the MTV show, Pratt and Montag’s relationship was portrayed as tumultuous, however, the couple has clarified on several occasions that the conflict was amplified for cameras. At the time of the supposed encounter, “Speidi” were married. They have been since 2008 and are expecting their second child together, due in December.

Kudrow has not commented on the assertions made about her in Pratt’s video.

Neither a representative for Pratt nor one for Kudrow responded to Fox News Digital’s request for comment in time for publication.