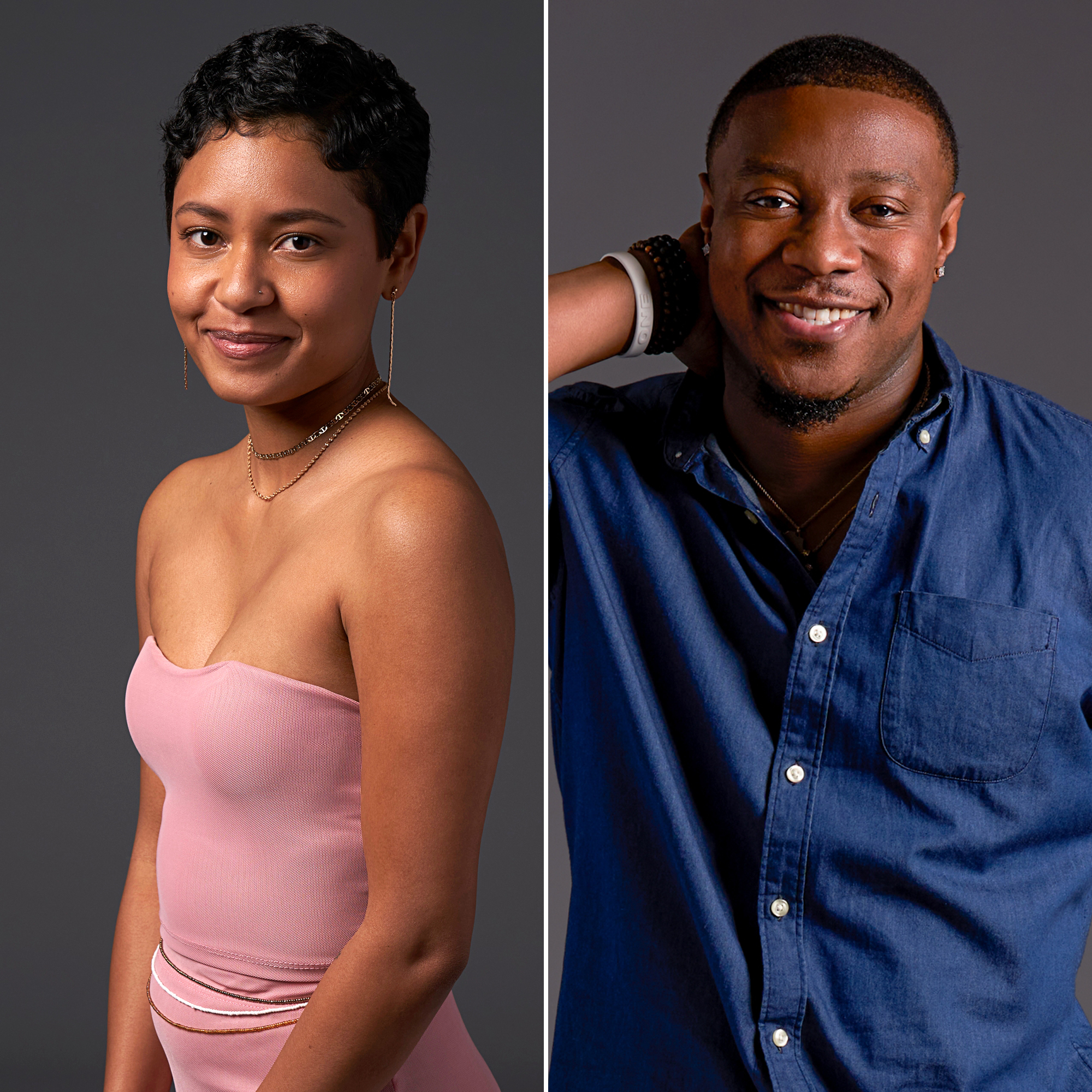 Everything Love Is Blind’s Iyanna McNeely and Jarrette Jones Have Said About Their Split, Going Through a Divorce

Share
Home
Entertainment
Everything Love Is Blind’s Iyanna McNeely and Jarrette Jones Have Said About Their Split, Going Through a Divorce

After one year of marriage, Iyanna McNeely and Jarrette Jones have called it quits as they navigate the single life once more.

“After much thought, we’re saddened to share that we have separated and will begin the process of divorcing,” the Love Is Blind alums — who met during season 2 of the Netflix hit — captioned a joint Instagram statement in August 2022. “While we have love for each other, our lives are going in different directions and that’s OK. Coming to this decision was far from easy and we will always wish each other the absolute best.”

The program coordinator instantly hit it off with Jones while in the pods during the reality TV show’s second season, which premiered in February 2022. After Jones weighed his connections with both McNeely and Mallory Zapata, he eventually popped the question — sight unseen — to the Kennesaw State grad. (Zapata, for her part, found a deep pod bond with Salvador “Sal” Perez, but they called off their engagement ahead of their wedding.)

“[Iyanna is] a better fit for me because she’s everything that I needed,” the health care consultant previously told Us Weekly in March 2022 of choosing his then-wife. “On paper, me and Mal would’ve worked out. … I think with Iyanna — she was vastly different and I think those differences are things that I needed in my life to help me grow and be a better person and be a better husband.”

After navigating their new normal as spouses — and filming Netflix’s Love Is Blind: After the Altar special — McNeely and Jones eventually came to the conclusion that their lives were headed in separate directions.

“I’m OK and getting better. There’s a lot of transition happening right now on top of knowing that After the Altar is coming out,” McNeely admitted during a September 2022 appearance of the “Diary of an Empath” podcast. “So, I’m going to have to relive a lot of stuff, which is the hardest part of it.”

She added: “Every time something like the season premiere coming out or After the Altar coming out, there’s always the knowing that, like, the security of our marriage will [have] a spotlight again. And so with Jarrette and I going through the issues that we were — even as of late before we made the decision to separate — it was just heavy in my mind.”

Scroll below for McNeely and Jones’ most candid quotes about their split and healing:

The two Chicago residents announced their split in an Instagram statement, just two months after celebrating their first wedding anniversary. They noted that their “lives are going in different directions,” which was one of the primary reasons for their breakup.

“We hope you all will give us some space as we close this chapter of our lives. Thank you to our close friends and family for loving us both through our experience,” their Instagram note concluded. “To the Love Is Blind family and Netflix, thank you for this unforgettable opportunity and support.”

“I should’ve [done] what Jarrette did and turned off the comments to begin with,” McNeely recalled of announcing their split during an August 2022 episode of her “Feel in the Blank” podcast, noting she received a lot of negative comments. “But I just couldn’t help myself, and by the end of that day, I went to sleep crying.”

She continued: “[People] are so mean! It’s making assumptions about people that you don’t know. After that day, though, I learned my lesson. I turned off all of my notifications and I’ve been fine ever since.”

It’s ‘Heavy’ to Watch Back

“So with Jarrette and I going through the issues that we were, even as of late, before we made the decision to separate, it was just heavy on my mind again, we’re going to have to explain ourselves, we’re going to have to relive everything that was put on TV,” she noted during her “Diary of an Empath” appearance of rewatching their journey. “It was more of a push to kind of just make a final decision. Is this going to work or not?”

Filming ‘After the Altar’ Played a Factor

While the twosome navigated their marital struggles, they reunited with their fellow Love Is Blind alums to tape the reunion special. (After the Altar drops on Netflix on September 16, 2022.)

“We’ve given it a year, we’ve experienced the same issues repeatedly,” McNeely said during her September 2022 “Diary of an Empath” appearance. “I think if the cameras weren’t there or if we didn’t have to deal with After the Altar then I think we would have just had a lot more time to figure it out.”

“In a world full of opinions, I have everything to be grateful for,” Jones captioned a cryptic Instagram post days after sharing their split statement. His estranged wife replied: “That’s right. Live ??your ?? life ??.”

‘Glad It Was You’

As After the Altar aired on Netflix on September 2022, McNeely got real about watching the former couple’s “final chapter” play out.

“To Jarrette, I’m glad it was you and I look forward to watching where life takes you ♥️,” she wrote via Instagram. “And to my fans, I love you all and I look forward to getting to know you as I share my journey. You guys are who kept and are keeping me encouraged as I cope with the crazy life I’ve chosen for myself. Thank you for your support!”

McNeely confirmed in a November 2022 TikTok video that the former couple had finalized their divorce.