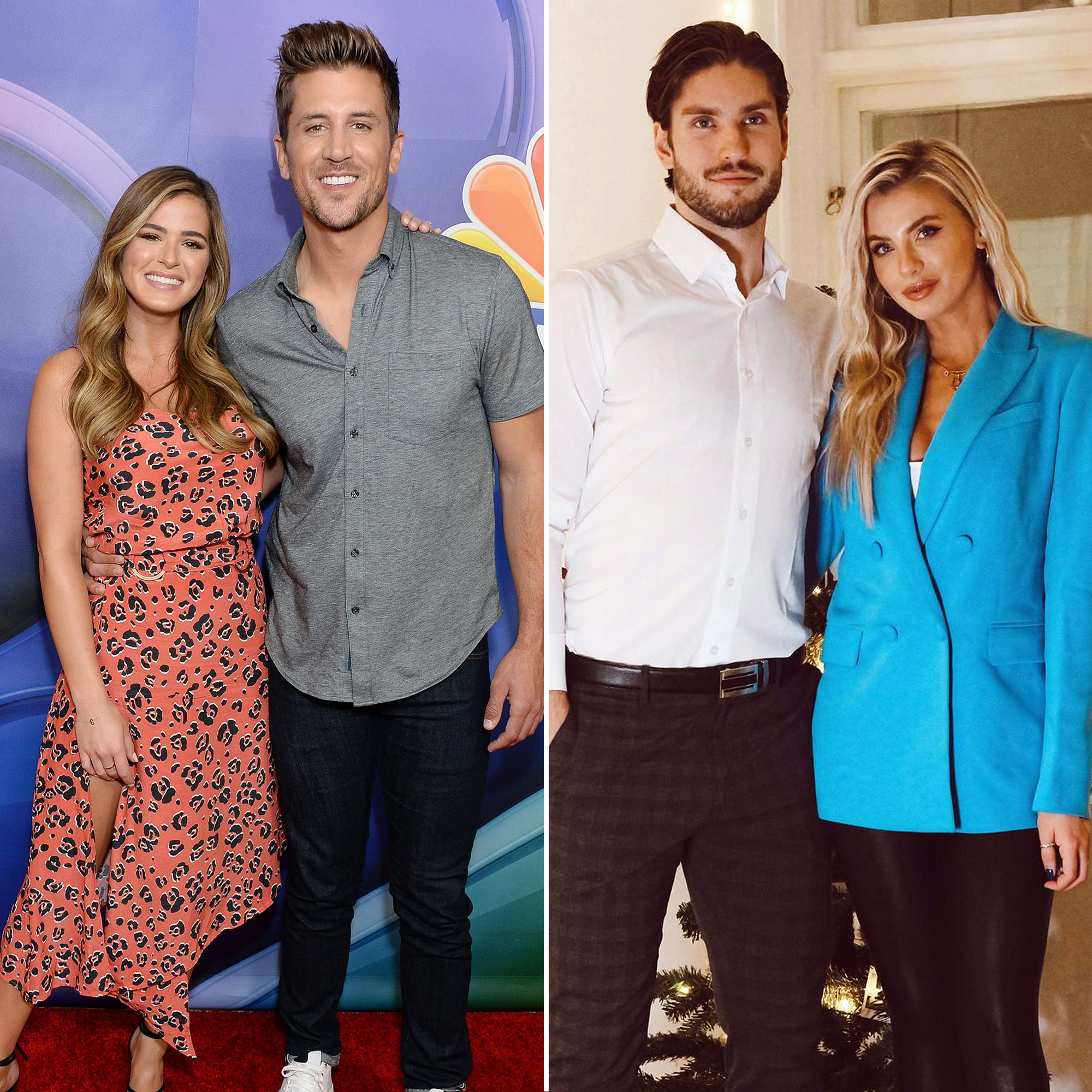 Roses are red! Whether they found love on The Bachelor and The Bachelorette or met their match outside of the show, 2022 has been the year of weddings for Bachelor Nation.

JoJo Fletcher and Jordan Rodgers first fell for each other on season 12 of The Bachelorette in 2016. The twosome got engaged during the show’s finale and Rodgers later proposed for a second time, further cementing their bond.

Despite being ready to tie the knot in May 2020, the couple had to reschedule their big day multiple times amid the coronavirus pandemic. They eventually settled on a May 2022 date — and were ready to celebrate with their loved ones when the time finally came.

“It’s been such a long time coming that, like, getting through the ceremony and walking into the reception to party and have fun with our friends, we’re so excited,” Fletcher exclusively told Us Weekly in April. “We can let our hair down and just be like, ‘We did it! You guys, like, we made it here. We’re doing it.’”

Bachelor alum Becca Tilley served as one of Fletcher’s bridesmaids after the pair became close while competing for Ben Higgins’ heart on season 20 of The Bachelor. Jordan, for his part, had his eldest brother, Luke Rodgers, by his side as he said, “I do” on May 14. The former athlete’s middle brother, Aaron Rodgers, however, skipped the ceremony amid the family’s ongoing drama with the Green Bay Packers quarterback.

“I’m most looking forward to obviously marrying the man of my dreams but also the first dance and father/daughter dance,” Hayley exclusively told Us ahead of her special day. “We have a choreographed dance and then my dad agreed to do a mashup dance where we get to kind of show our personality!”

The Nevada native — who got engaged in May 2021, a few months after Emily did in December 2020 — revealed that it was a “no-brainer” to have her sibling as her maid of honor.

“This is the moment we’ve dreamt about since we were little girls! Having her by my side is such an honor,” Haley gushed to Us. “She has helped me so much that I’m almost sure nothing would have been accomplished without her.”

Scroll down to see which Bachelor Nation stars got hitched this year:

The Bachelorette alum wed Hyland in August 2022 nearly three years after getting engaged.

The Bachelor season 20 alum married the hockey player in Las Vegas on July 23. Amanda Stanton attended the ceremony while Lauren Lane had to send her regrets. “Amanda and Lauren are the only women from our season we remained close to. I’m thankful for their friendship,” Emily gushed to Us exclusively ahead of her wedding.

The Bachelor host wed the model for a second time in July. The twosome, who got engaged in 2019, canceled their nuptial plans twice amid the COVID-19 pandemic before eventually eloping in Connecticut in June 2020.

“I got to marry the love of my life AGAIN but this time in front of our immediate family,” Fardo gushed of their Provence, France, ceremony via Instagram on July 14. “It was a dream come true and the most beautiful and emocional [sic] day of my life! I’ll never forget it.”

The Twins: Happily Ever After? alum said “I do” on June 11 in her hometown of Las Vegas. She and the NHL player tied the knot one year after they got engaged.

The Texas native and the sports broadcaster got hitched in California on May 14, after having to postpone their nuptials twice amid the COVID-19 pandemic.

The season 14 Bachelorette alum wed his longtime love in Texas on January 15. “Seeing her for the first time — we didn’t do a first look — and seeing her [walk down the aisle] in her dress, [I started crying],” Kimball exclusively told Us two days later. “Ever since that moment, I’ve realized how important she is to me. I mean, to cry in front of lifelong friends and family and everything — I’ve never loved her as much as I do today.”

More than one year after Peth proposed to the British model in November 2020, the couple secretly tied the knot. The season 4 Bachelor in Paradise alum announced their union via social media on January 14, sharing a photo of their wedding bands. “Mr. & Mrs. Peth !!!” the couple captioned the snap.