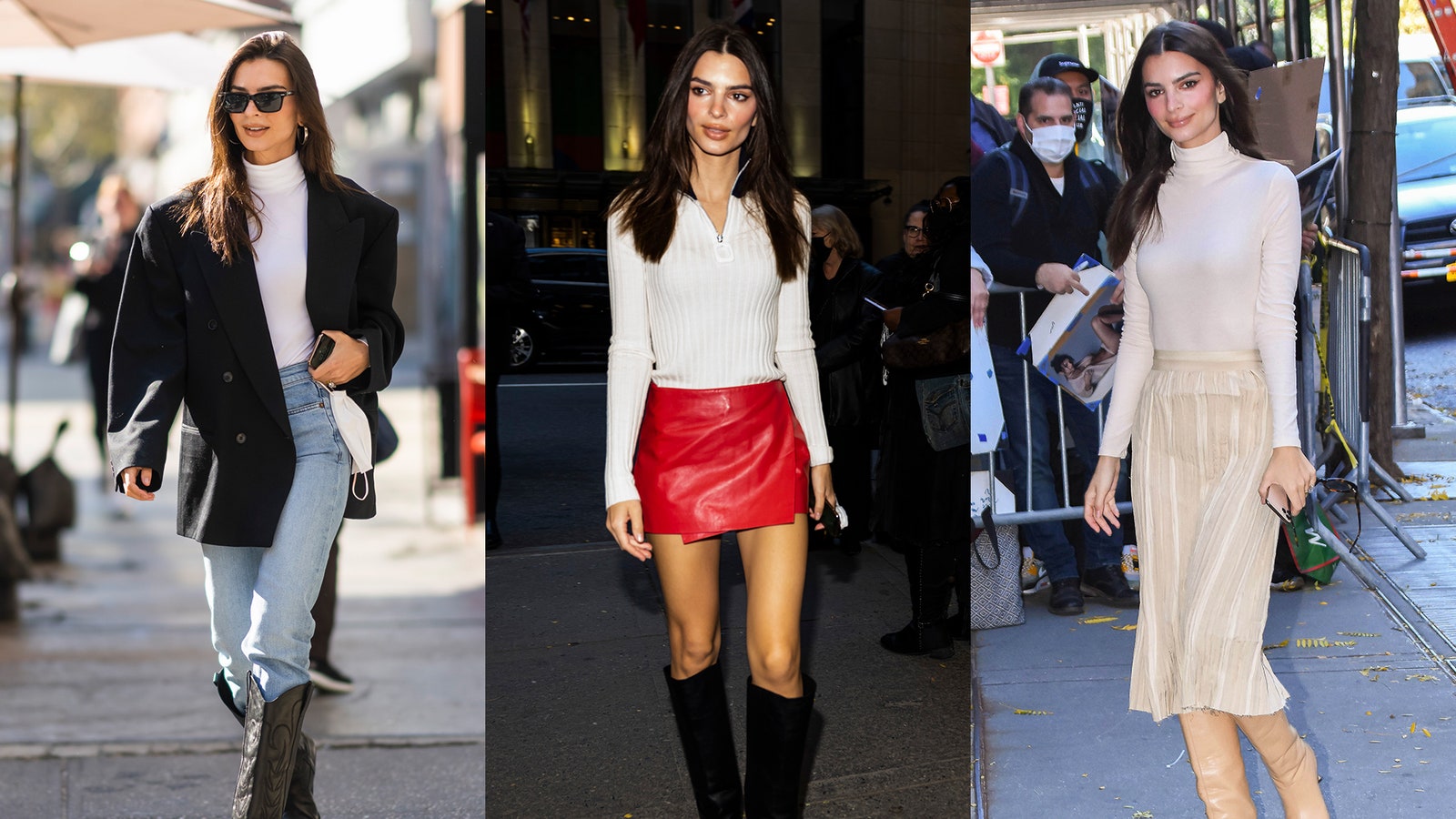 Emily Ratajkowski is a certified sneakerhead, but her obsession with boots also runs deep. The supermodel-businesswoman’s wardrobe full of knee-highs rivals her beloved trainer collection.

Since the start of the year, she’s worn no less than 16 pairs of tall boots. From classic black boots – like her low-heel Jimmy Choo Cadees or Isabel Marant Lestanys – to funkier styles, such as her embossed Paris Texas pairs, no boot style is off bounds.

Knee-highs have been high on the fashion agenda during her book tour. For an appearance on Saturday Night Live, she wore a feathered Saint Laurent top, Citizens of Humanity jeans and pointed boots from Schutz. Later, she was photographed wearing By Far Stevie boots and Paris Texas Kiki boots, followed by a memorable pair of cowboy boots from Zara.

EmRata loves a classic black boot, but she’s no stranger to a pop of colour.

Of course she got on the #Ranchcore hype with a pair of cowboy boots.

She’s a fan of various styles from By Far, including its cream Stevie knee-highs.

Jimmy Choo’s Chadee boots are another cherished style in her collection.

She’s a sucker for styles from boot specialist Paris Texas.

On the New York stint of her book tour, Emily looked the epitome of retro-chic in a pristine pair of white Neous boots.

Isabel Marant’s shapely Lestany boots have been a hit for Emily.

Next
7 Female Warriors You Wouldn’t Want to Mess With