Argentina goalkeeper has previous form saving from the spot and, however contentious, is the ultimate difference-maker

Only Aurelién Tchouaméni knows for certain whether Emiliano Martínez got into his head. With France on the back foot after the Argentina goalkeeper had saved from Kingsley Coman, it was the 22-year-old midfielder’s turn in the shootout to determine the winners of the World Cup.

Alone with his thoughts, Tchouaméni made the long walk from the centre-circle while Martínez stood in wait, ball in hand as he whipped the crowd behind the goal into a frenzy. Rather than hand the ball to Tchouaméni, he tossed it to one side, forcing the youngster into an unwanted detour as he reached the penalty spot. As if to say: “I’m calling the shots here but you have to take one.”

Tchouaméni’s spot-kick was poor, pulled wide to leave France needing snookers they would not get. In the spirit of the unfair play that had preceded it, Martínez riffed on his opponent’s obvious pain with a celebratory sashay across his six-yard box, rolling his shoulders in an exaggerated manner reminiscent of that famous Harry Enfield sketch in which truculent teenager Kevin’s best friend Perry returns from Manchester having morphed into a mini-Liam Gallagher.

The World Cup finally won, the man they call “Dibu” would later provoke more controversy with his lewd celebration involving the aesthetically hideous Golden Glove award and his crotch, while standing alongside a Qatari dignitary who looked deeply disappointed. Martínez was clearly playing to the gallery for yuks but, as visual metaphors for this stained tournament went, one could argue it could scarcely have been more inappropriately appropriate.

Argentina’s goalkeeper has no shortage of previous in the field of gamesmanship and it could be seen on Sunday even before he tried to mess with Tchouaméni’s mind. As first Kylian Mbappé then Coman placed the ball for their kicks, Martínez brazenly attempted to disrupt their preparations by insisting the referee, Szymon Marciniak, check each one was definitely on the spot.

Last year, during his side’s semi-final shootout against Colombia at the Copa América, a tournament Argentina would go on to win, Martínez subjected each opposition penalty taker to a barrage of trash talk, the kind of taunting that almost certainly played a part in three Colombians missing.

A couple of months later Martínez played a crucial role in helping Aston Villa to a rare victory over Manchester United at Old Trafford, repeatedly begging Cristiano Ronaldo to take a spot-kick the home side had been awarded in added tim e as the designated penalty taker, Bruno Fernandes, was forced to stand and wait. It was Fernandes, not Ronaldo, who sent the ball sailing high over the bar, prompting an inflammatory Martínez jig in front of the Stretford End.

After Argentina’s shootout win over the Netherlands in the World Cup quarter-final, Martínez was at it again, celebrating wildly in front of his own fans after saving from Steven Berghuis and giving Louis van Gaal and the referee both barrels in a post-match interview that somehow did not earn him a semi-final ban.

For all Martínez’s gamesmanship, it has not gone unobserved that Tchouaméni could have been spared any potential torment if his own side’s goalkeeper and captain, Hugo Lloris, had retrieved the ball after each Argentina penalty and handed it to whichever of his teammates was next up.

Although a subsequent attempt by Martínez to put off Randal Kolo Muani earned a booking, the yellow card was produced too late, long after the psychological damage had been done. Kolo Muani, despite scoring, would end up being the losing side’s final penalty taker. “I did my thing, what I dreamed of,” Martínez said of his shootout chicanery. “There could not have been a World Cup that I have dreamed of like this. I was calm during the penalties.”

One man’s dream, another nation’s nightmare. It will be intriguing to see whether football’s lawmakers crack down on the kind of shenanigans for which the name “Martínez” has in recent years become a byword. Although his antics during these deciders may not be to everyone’s taste, it is worth remembering that we got to witness them on Sunday only because of his remarkable save from Kolo Muani in the final minute of extra time. While he is an undeniably massive shithouse, Argentina’s goalkeeper can certainly play. 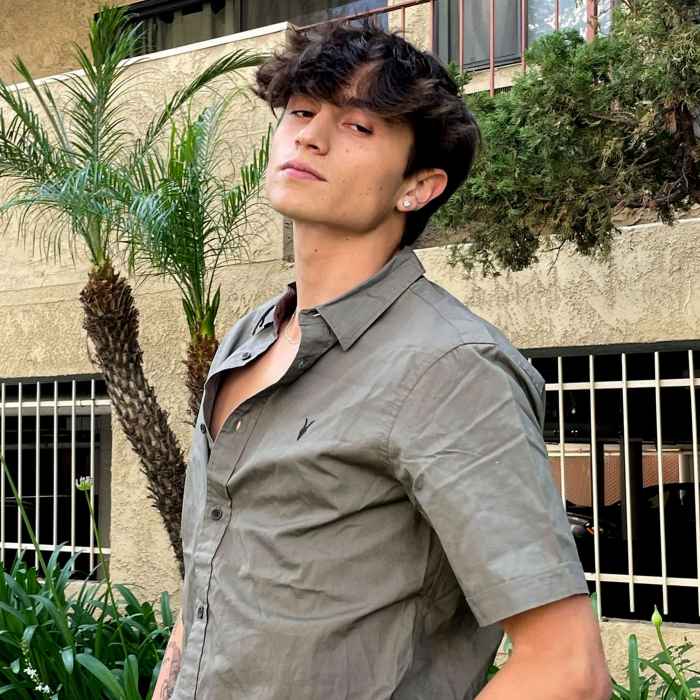 Next
TikTok Star Cooper Noriega’s Cause of Death Revealed