Amber Heard’s attorney Elaine Bredeohft has spoken out about why she believes Amber Heard largely lost her in the defamation trial with Johnny Depp.

Bredeohft appeared on The Today Show after the verdict was announced yesterday (1 June), when it was determined Depp should be awarded $15 million (£11.9m) in damages while Heard would receive $2m (£1.5m).

The Aquaman actor described herself as ‘disappointed’ with the verdict in a statement released following the conclusion of the trial, and during her interview today Bredeohft claimed Depp won because an ‘enormous amount of evidence was suppressed’.

The lawyer drew attention to Depp’s unsuccessful 2020 libel case against The Sun, saying the court in that case found Depp had ‘committed at least 12 acts of domestic violence, including sexual violence’, and that Depp’s team had learned to ‘demonise Amber and suppress the evidence’.

Though the legal teams had to keep some information from the jury, Bredeohft expressed belief the seven people responsible for delivering the verdict would have had their opinions skewed by social media.

The jurors were encouraged not to look at details of the case outside of the courtroom, but Bredeohft commented: “How can you not? They went home every night. They have families. The families are on social media. We had a 10-day break in the middle because of the judicial conference. There’s no way they couldn’t have been influenced by it.”

Describing the social media coverage as ‘horrible’, the lawyer claimed posts appeared to largely favour Depp and turned the case into a spectacle.

“It’s like the Roman Colosseum, you know?,” Bredeohft said. “How they viewed this whole case. I was against cameras in the courtroom and I went on record with that and argued against it because of the sensitive nature of this. But it made it a zoo.” Heard’s immediate reaction after the verdict, Bredeohft said, was her sorrow for women ‘in and outside the courtroom’.

The lawyer claimed the verdict indicated victims of abuse would struggle to receive support, saying: “Unless you pull out your phone and you video your spouse or your significant other beating you, effectively you won’t be believed.”

Bredeohft made clear Heard plans to appeal the decision as she commented: “Oh, absolutely [she will appeal]. And she has some excellent grounds for it.” 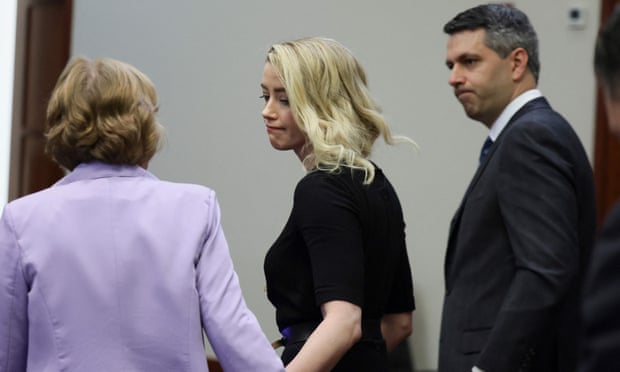