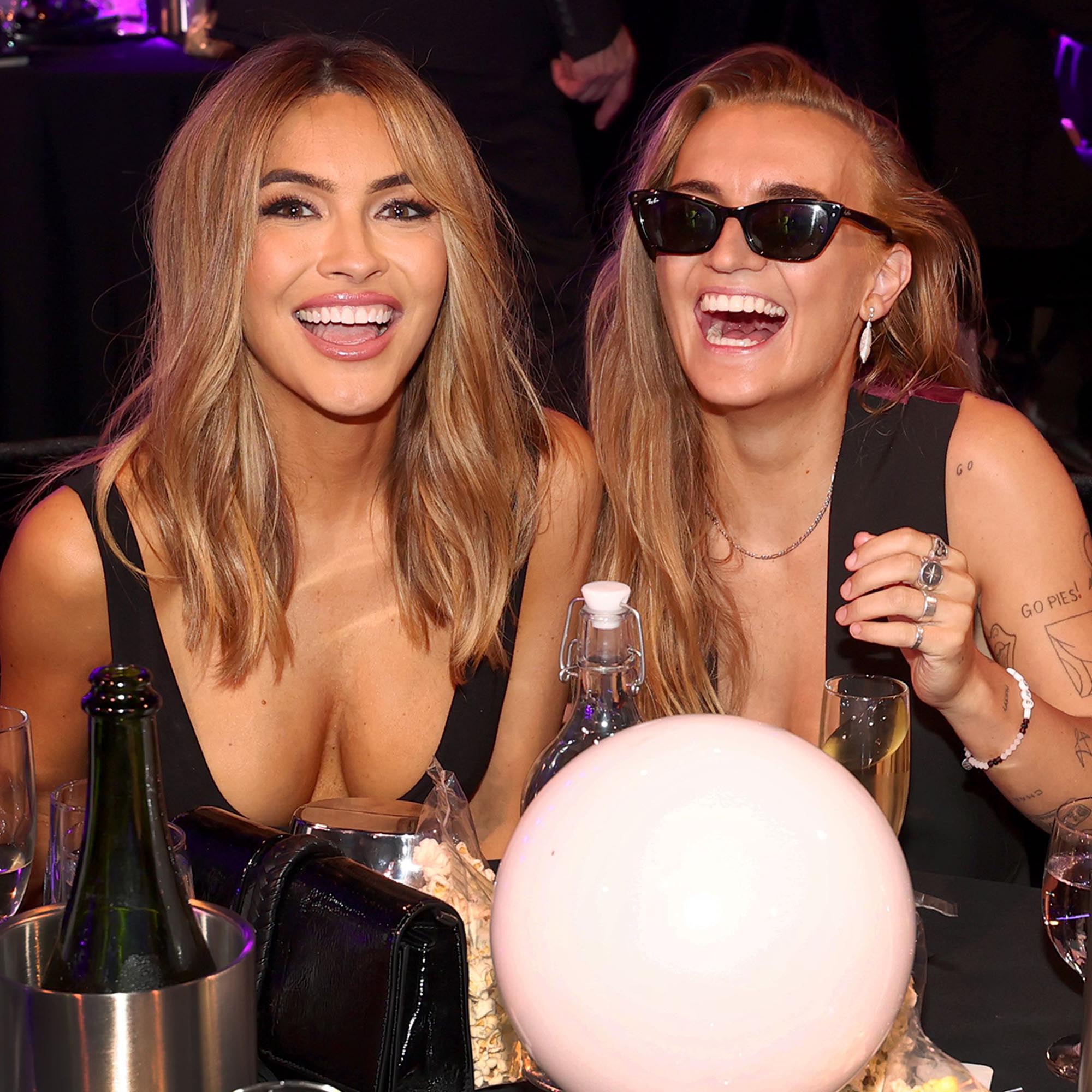 A perfect pairing. Chrishell Stause and G-Flip are “still going strong” despite taking a step back from sharing their relationship on social media.

“They’ve been more low-key about their romance since there’s been a lot of speculation about their relationship, so they want to keep it more private on social media,” a source exclusively tells Us Weekly about the couple, who went public with their relationship in May. “[There’s] never a dull moment for them — they’re always finding fun ways to keep the spark alive.”

Stause, 41, began dating the Australian musician, 27 — who is nonbinary and uses they/them pronouns — earlier this year after appearing in their “Get Me Outta Here” music video. Though the pair are both busy with their respective careers, the insider added that they are “both completely understanding” of each other’s busy schedules and are “OK with being apart for a few weeks at a time.”

The source continued: “They’re supportive of each other’s careers and put the effort into maintaining a happy relationship. They really balance each other out.”

Things are going so well between the couple, in fact, that there’s “a good chance” that G-Flip will appear on the upcoming season of Selling Sunset with their girlfriend. “It would make sense that G Flip films Selling Sunset with Chrishell, especially if they’re together and cameras are around,” the insider told Us. Though filming “hasn’t started yet,” it seems likely that the “Killing My Time” songwriter will likely play some role in the upcoming episodes.

G-Flip, for their part, previously confessed that they were “hesitant” about appearing on the Netflix reality show, despite wanting to support Stause. “I never thought of my life as being on a reality show. I think I want to stick to the music,” the songwriter told Entertainment Tonight in July. “I don’t want people to know me as a reality star rather than, like, the musician, because my whole life I’ve been playing music. Since I was 9 years old, that’s always been my dream. I always just want to be in studios or onstage playing drums and stuff. So I don’t think it’s really for me.”

They continued: “[But] I’ve met the whole cast of Selling Sunset and the creators behind it, and they’re all such rad, awesome human beings. They’re so great. They’re so fun.”

Stause surprised her costars when she announced her relationship with G-Flip during the Selling Sunset season 5 reunion, which aired earlier this year. “I’m still very attracted to masculine energy and a good human,” the real estate agent said of the “Killing My Time” singer at the time. “I heard people talk about these things and they’re like, ‘I knew from a young age.’ That’s not me. I’m just, I’m very open to good energy. I don’t know what my future holds. … I know being in this position, we get judged constantly, but at the end of the day, I’m so happy.”

The twosome sparked engagement rumors last month when Stause was spotted wearing what appeared to be a large diamond ring on her left hand, though a rep for the All My Children alum told Us that it was “just a ring and nothing else. They are in fact not engaged.”

Prior to dating G-Flip, Stause was married to Justin Hartley from 2017 until 2019, and their messy divorce played out over the course of Selling Sunset season 3. She moved on with costar and Oppenheim Group boss Jason Oppenheim in July 2021, before they called it quits the following December.

With reporting by Diana Cooper