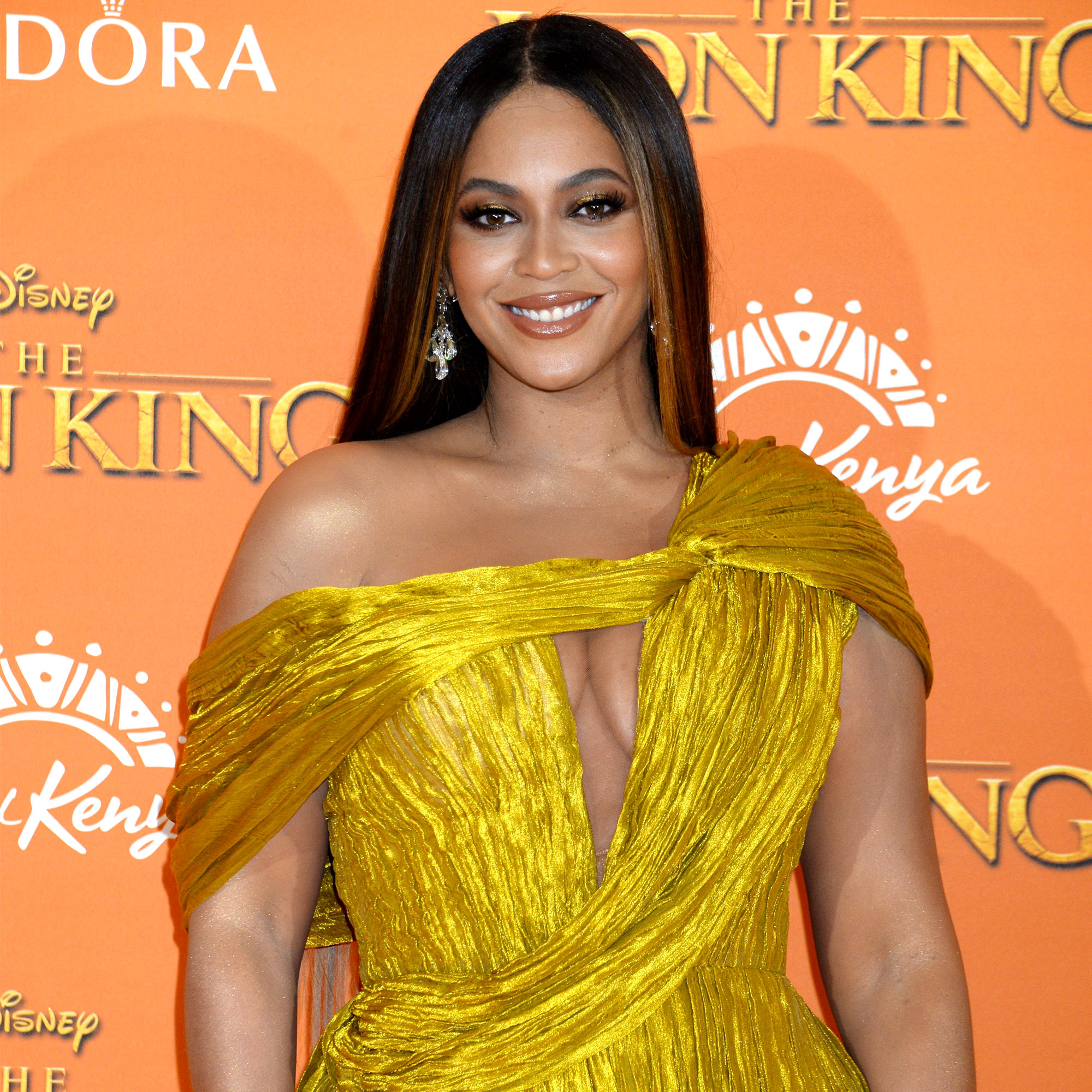 Celebrities Who Have Revealed Baby Bumps at Awards Shows

Bump, there it is! Carrie Underwood, Beyoncé and Emily Blunt all shown their pregnant bellies at awards shows. Take a look back at some of the most memorable photographs through the years.

The country singer cradled her stomach at the 2018 American Music Awards, walking the red carpet two months after announcing her and husband Mike Fisher’s pregnancy news.

“Mike and Isaiah and I are absolutely over the moon and excited to be adding another little fish to our pond,” the “Before He Cheats” singer, who was already the mom of son Isaiah, captioned her August 2018 Instagram reveal.

After the songwriter gave birth to Jacob five months later, a source exclusively told Us Weekly that the Oklahoma native had “always wanted a little girl” and was considering baby No. 3.

The insider explained that Underwood was a “PTA mom,” gushing, “She attends school functions and sports games. … Carrie does still talk about adopting children because she truly does want a large family and wants to be a mom to several kids.”

The American Idol alum initially didn’t think that she’d do well with children at home, she revealed in her 2020 Mike and Carrie: God & Country series.

“I was never good with other people’s kids,” Underwood explained at the time. “Why would I be good with one of my own?” Fisher, for his part, knew that he “wanted a lot of kids” from the start.

While the pair often share their sons’ milestones via social media, Blunt and Beyoncé, for their part, have chosen to keep their family lives more private from their followers.

The actress doesn’t ever show her and John Krasinski’s daughters Hazel and Violet’s faces, while the Grammy winner only occasionally gives updates on her and Jay-Z’s daughter Blue Ivy and twins Sir and Rumi.

Both of these stars, however, have not shied away from showing their baby bumps on red carpets in the past. Blunt attended the 2016 Academy Awards with her budding belly on display in a pink gown, while Queen B performed pregnant at the MTV Video Music Awards in 2011.

“Tonight I want you to stand up on your feet. I want you to feel the love that’s growing inside of me,” the “Love on Top” singer told the audience before unbuttoning her blazer and rubbing her stomach.

Take a look back at more expectant stars getting glam for awards shows through the years, from Kerry Washington to Cardi B.

The fashion designer showcased her growing baby bump in a sparkly, pink Jenny Packham gown while walking the red carpet at the 2022 Oscars, just one month after news broke that she and husband James Rothschild were expecting their third child.

The Doctor Who alum showed her bump in a Cimone dress at the February 2022 Brit Awards. “The dress is all made from end of life materials and was created specifically to incorporate her pregnancy, while allowing Jodie to retain her sense of self,” designer Carli Pearson wrote via Instagram at the time. “We’ve worked with Jodie before and love the energy she brings to our pieces. For this occasion, we wanted to make something both structured and yet playful and this is the result!”

The “WAP” rapper surprised the BET Awards audience in June 2021 with a baby bump reveal, rocking a bodysuit that showed her budding belly through sheer fabric.

The Superstore star rocked an Alberta Ferretti gown at the 92nd Academy Awards in February 2020, one month after announcing her and her husband Ryan Piers Williams‘ second pregnancy.

The pregnant Fosse/Verdon star posed for pictures with her fiancé, Thomas Kail, at the 2020 Screen Actors Guild Awards in January while wearing a black Louis Vuitton gown.

The Superstore star cradled her baby bump at the 2020 Screen Actors Guild Awards in a Paule Ka dress.

Thomas Rhett’s wife cradled her baby bump at the CMA Awards in November 2019 while posing for pictures with the country singer and their daughters, Willa and Ada.

The Grammy winner rocked a blue gown at the CMA Awards in November 2019, one month after announcing that she and husband Ryan Hurd are expecting a baby boy.

The actress, who is expecting her first child with boyfriend Steve Kazee, showed off her growing curves at the People’s Choice Awards in November 2019. The former World of Dance host has a daughter, Everly, with estranged husband Channing Tatum.

The Real Housewives of Beverly Hills star cradled her baby bump on the red carpet at the People’s Choice Awards on November 10, 2019. The Bravo star revealed in September that she was expecting a baby girl, her third child with husband Edwin Arroyave.

The pop diva made history at the MTV Video Music Awards when she revealed she was pregnant with her first child. “Tonight I want you to stand up on your feet. I want you to feel the love that’s growing inside off me,” she gushed before her performance of “Love on Top.” At the end of the song, she dropped the mic, unbuttoned her blazer and started rubbing her belly. The Grammy winner and her husband, Jay-Z welcomed daughter Blue in January 2012, while Beyoncé showcased her baby bump for pregnancy No. 2  at the Grammy Awards in February 2017 before welcoming twins Rumi and Sir in June of that year.

Bursting with happiness! The Scandal alum showed off her growing belly in a Balenciaga gown at the 2014 Golden Globe Awards in January. Washington and her husband, Nnamdi Asomugha, welcomed Isabelle in April 2014, and Caleb in October 2016.

The Mary Poppins actress, who is married to John Krasinski, revealed a tiny baby bump at the 2016 Academy Awards. In July of that year, baby Violet joined big sister Hazel.

The Desperate Housewives alum showcased her belly in a figure-hugging velvet gown at the Golden Globes in January 2018. Longoria welcomed her first child with her husband, Jose “Pepe” Baston in June. They named the little boy Santiago.

The country singer’s belly stole the spotlight at the American Music Awards in October 2018. Two months earlier, Underwood surprised fans, when she announced on Instagram that she and husband, Mike Fisher, would be “adding another little fish” to their pond. The couple welcomed their son Isaiah in 2015.

One month after her announcing her pregnancy, the model attended the CFDA Awards in June 2018. Iman and her football player husband, Sterling Shepard, welcomed their daughter Cali Clay in August.

Surprise! Clint Eastwood’s daughter shocked fans when she hit the Environmental Media Association Awards in May 2018 with a baby bump. The actress and her model boyfriend, Alexander Wraith, became parents of son Titan in Septembe

Michael Bublé’s model wife made her bump debut at the Juno Awards in Vancouver in March 2018. The four-time Grammy winner and Argentina native welcomed their third child, a baby girl named Vida, on July 26. She joined brothers Noah and Elias.

The Greatest Showman actress unveiled her baby bump at the British Academy Film Awards in January. She gave birth to a baby girl in July.

The then-pregnant supermodel turned heads in a Balmain gown at a Golden Globes after party in January 2018. Kerr and her husband, Evan Spiegel, welcomed their son, Hart in May. The former Victoria’s Secret Angel is also mom of Flynn with former spouse Orlando Bloom.