Rapper Cardi B is clapping back at Rolling Stone, saying that the magazine’s claims of queerbaiting put pressure on artists like her.

On Friday, the music magazine posted an article online about queerbaiting, i.e. the practice of implying non-heterosexual relationships or attraction (in a TV show, for example) in order to engage or attract an LGBTQ+ audience without ever actually explicitly depicting such relationships or sexual interactions, and the many artists who are perceived to engage in the practice. It mentioned Cardi B as one of the most recent examples of artists queerbaiting after her appearance in the music video for “Wild Side,” a feature she did with pop star Normani.

“Most recently, Normani was criticized on Instagram by a user and accused of something similar, which was later shared across Twitter,” the article reads. “In her recent video for her song ‘Wild Side,’ featuring Cardi B, the two are pictured naked and gyrating against one another.”

Cardi B’s appearance on the Rita Ora, Charli XCX, Bebe Rexha song “Girls” is also mentioned as another example of queerbaiting — but Cardi wasn’t having any of that.

“Uuummmm @RollingStone queer baiting? You do know we was trying to hide a whole baby bump right?” the pregnant rapper tweeted, offering an explanation for the poses. But she didn’t stop there.

“I’m married to a man, but I have expressed soo much about my bisexuality and my experiences wit girls,” she added. “All of a sudden ‘queer baiting’ is the new word & people use it to the ground!”

Cardi continued, saying that she has a problem with the term “queerbaiting” overall. “I don’t like this new ‘queer baiting’ word,” she tweeted. “I feel like it pressure artist to talk about their sexuality or their experiences that they don’t feel comfortable speaking about. If a artist kiss a girl on a video does that means she gotta show videos & text wit other women?”

When “Girls” came out in 2018, Cardi B said that she had had several “experiences” with “a lot” of women and that the track reminded her of those experiences.

These comments are similar to the ones Ora made back when “Girls” initially came out. “‘Girls’ was written to represent my truth and is an accurate account of a very real and honest experience in my life,” Ora wrote in a statement at the time. “I have had romantic relationships with women and men throughout my life and this is my personal journey.”

Bebe Rexha has also come out since the release of “Girls” and the queerbaiting accusations that song got. “Have I gone out with girls before? Yes. Have I dated girls? Yes, I have. And famous ones, but I’m not naming them,” she told Gay Times this year.

Queerbaiting has long been a popular term that is often used to describe fictional media, with TV shows like Supernatural, Sherlock, Supergirl, and The Falcon and The Winter Soldier often being brought up. Most recently, it’s also been used by many to describe the animated film Luca. While every interaction between character Luca and Alberto in the film is layered with gay subtext and budding romantic feelings, the movie’s director said it’s about a “pre-romance” time in a boy’s life, and thus, not actually a queer romance. But is the term still helpful when it comes to discussions that involve real-life experiences that people have had?

The term is definitely still useful as a tool for critiquing media, but maybe we should rethink how we use it. Maybe it’s even time to drop the term “queerbaiting” when talking about real people, and only use it when talking about fictional characters? 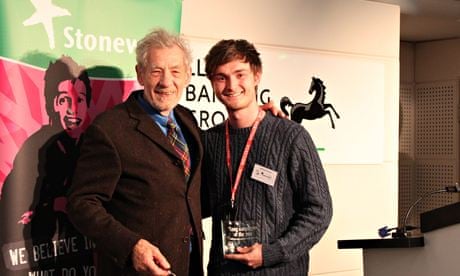 Previous
Advice for teens coming out