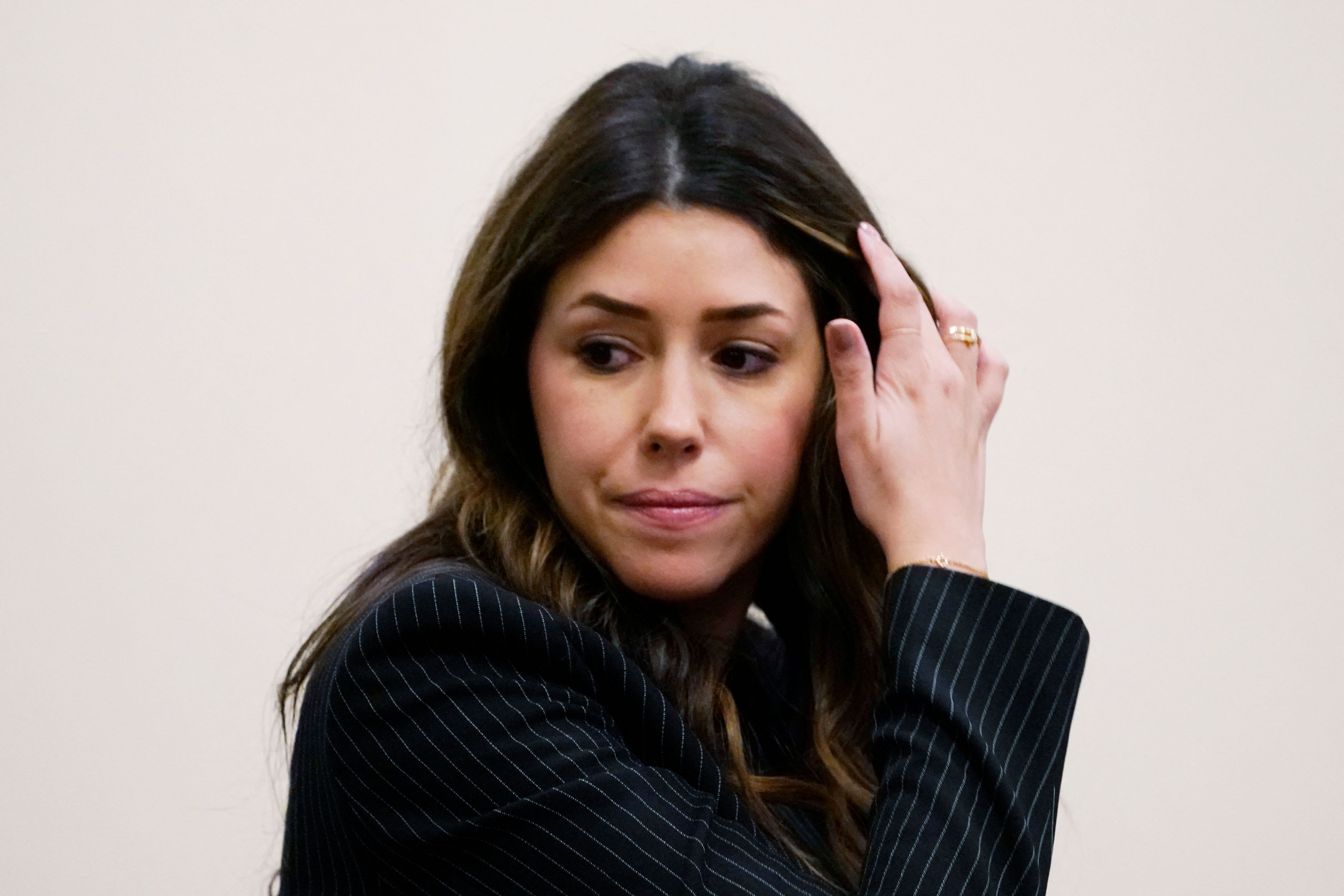 Camille Vasquez: who is Johnny Depp’s lawyer in Amber Heard trial, age, and who is the rest of his legal team?

Share
Home
Celebrity
Amber Heard
Camille Vasquez: who is Johnny Depp’s lawyer in Amber Heard trial, age, and who is the rest of his legal team?

The defamation lawsuit between actors Johnny Depp and Amber Heard, which began in April, is now in its final week.

One of Depp’s lawyers, Camille Vasquez, has cross-examined Heard after she gave evidence on the stand.

So, who is Camille Vasquez, what did Heard say in her testimony and what did Vasquez ask her in cross-examination?

Here’s what you need to know.

Who is Camille Vasquez?

Camille Vasquez is a member of major international law firm, Brown Rudnick, which is representing the Pirates of the Caribbean actor.

Her bio on the Brown Rudnick website states: “Camille is adept at formulating offensive and defensive litigation strategies for private clients.

Vasquez, aged 37, has gained a lot of interest from social media users throughout the Depp vs. Heard lawsuit so far thanks to the tough nature of her questioning.

What is the defamation case about?

Depp launched the defamation case against Heard in 2019, after she wrote an opinion piece published in the Washington Post in December of 2018 in which she described herself as a victim of domestic abuse and thereby implicating him as an abuser.

Depp’s lawyers claim that the article falsely implies that Heard was physically and sexually abused whilst she was married to him.

The article doesn’t mention Depp by name, but he claims it has cost him acting roles and is suing Heard for $50m (£40m).

She has counter-sued him for $100m (£80m), claiming Depp defamed her when his legal team referred to her claims as “fake” and a “sexual violence hoax”.

The former couple have both accused each other of being physically violent during their relationship, and they each deny the other’s claims.

Depp and Heard met while they were filming the 2011 film The Rum Diary, in which they played lovers, and the two married in LA in February 2015.

In May 2016 Heard obtained a restraining order against Depp after accusing him of abuse, which he denied. Their divorce was finalised in 2017.

What did Amber Heard say during her testimony?

Amber Heard took to the stand this week, during the sixth and final week of the trial, to give evidence.

On Monday 16 May,  jurors saw photos of Heard with red marks and swelling on her face after the couple’s alleged final fight before their divorce, and heard her testimony about her expertise in covering up bruises with make-up.

Heard said the marks came when Depp threw a phone at her face, and it was that confrontation that caused her to file for divorce in 2016.

Heard also strongly denied an accusation from Depp that she left excrement in the couple’s bed after a fight for a prank.

Heard said it was the couple’s teacup Yorkshire terrier had left a mess in the bed, and that it had a history of bowel problems because it accidentally ate some of Depp’s marijuana.

She said: “Absolutely not. I don’t think that’s funny. I don’t know what grown woman does. I was not in a pranking mood.”

She finished her evidence by saying that she receives daily accusations from Depp’s supporters that she’s lying about the abuse, and that hearing them is “torture” for her.

She said: “I want to move on with my life. I want Johnny to move on. I want him to leave me alone.”

What did Camille Vasquez ask Amber Heard during cross-examination?

Vasquez asked Heard about various times she claims Depp hit her, including the occasions on which he allegedly broke her nose, split her lip and punched her repeatedly in the head.

She then presented multiple photos of Heard, taken days after the alleged incidents, with no visible signs of injury to the court.

‘No Way Back For Heard In Hollywood’: Amber Heard Looking At Career End, Bankruptcy, Experts Say

In response, Heard said she had used make-up to cover the injuries she said Depp had inflicted on her.

She discussed her make-up routine during her evidence and said she would use a colour correction wheel which she called her “bruise kit” to cover up marks on her face.

She said she learned over the years to use green shades on the first day of a bruise to cover up redness, and switch more to orange shades as the bruise turned blue and purple.

She said: “I’m not going to walk around LA with bruises on my face.”

She added that she had no medical records of any of her alleged injuries as she did not seek medical help for them.

Heard had pledged to donate the full amount to charity but has so far only donated a portion of it.

Heard said that she’s been unable to fulfil her pledge yet because Depp has sued her for $50m, but acknowledged that she had received the $7m from Depp months before he filed the lawsuit.

Earlier in the trial, there were rumours on social media that Depp and Vasquez were dating.

However, a source told American online newspaper TMZ that this is just speculation and there is no truth to it.

It is not known if Vasquez has a partner or a husband.

Who are Johnny Depp’s other lawyers?