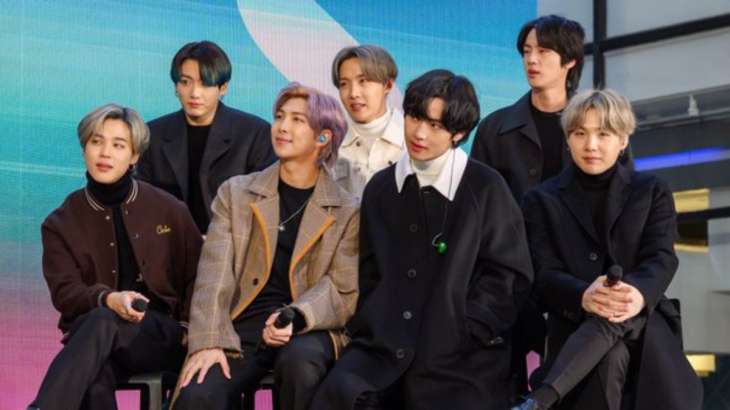 BTS military service: Jin, Suga, J-Hope, RM, Jimin, V aka Kim Taehyung and Jungkook will be completing South Korea's mandatory military service. But when will they come back together? Will BTS members reunite? Find out.

BTS military service: Ever since it was announced that BTS members Jin, Suga, J-Hope, RM, Jimin, V & Jungkook will be going for mandatory military service in South Korea, ARMY has one question in mind — When will BTS reunite? Fans have been wondering if the septet will get back together after a gap of over 2 years. Well, it’s a piece of good news for BTS fans. They will reunite after they complete their military service.

As Big Hit Big Hit Music said the band’s oldest member, Jin, will revoke his request to delay his conscription at the end of the month and undertake the required steps, the entertainment company added that the six other BTS members also plan to serve in the military and are “looking forward to reconvening as a group again around 2025 following their service commitment.”

No further information on the timing of their service was given. The band members performed together in Busan over the weekend in support of the city’s EXPO bid, which will be their last concert as a group until they finish serving in the military, according to their label.

Talking about BTS’ Busan concert, the free concert by K-pop sensation BTS in the South Korean city was viewed by close to 50 million people. The free-of-charge ‘BTS ‘Yet to Come’ in Busan’ concert was held in support of the Korean city’s bid to host the 2030 World Expo and represented an attempt to introduce Korean culture to a global audience.

After a change of venue, the physical component was held at the city’s Asiad Main Stadium and attracted some 50,000 in-person guests.

An additional 10,000 people in the city watched a live retransmission at the Busan Port, and a further 2,000 gathered in Haeundae, the tourist area that recently played host to the Busan International Film Festival.

The concert began with ‘Mic Drop’ and continued with ‘Run BTS’, running to 19 songs in total. For the unit performances, Jin, Jimin, V and Jung Kook performed ’00:00 (Zero O’Clock)’ and ‘Butterfly’ while RM, Suga and j-hope staged ‘Ugh!’ and ‘BTS Cypher PT.3: Killer’. The seven-man act continued the show with hit songs including ‘Dynamite’, ‘Butter’, ‘Burning Up (Fire)’, ‘Idol’, and ‘Spring Day’.

“The setlist comprised songs that best represent the band and anyone – beyond ARMY – can easily sing along,” said Hybe in a statement.

— with inputs from agencies