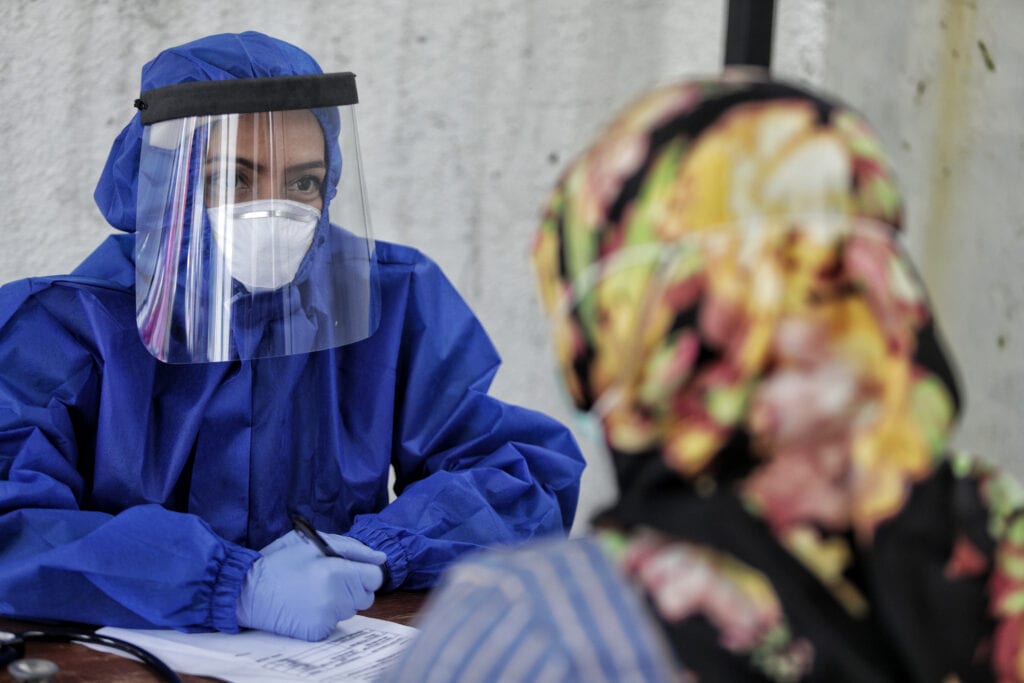 It’s not often that something innovative and potentially game-changing comes along in the field of strengthening human rights, particularly when it comes to the rights of women and girls.

Launched earlier this year by The George Institute for Global Health and the UNSW Australian Human Rights Institute, the United Nations Convention on the Elimination of All Forms of Discrimination against Women (CEDAW) Implementation Map is a unique tool that measures government responses to CEDAW health recommendations on women’s health across 30 countries in Asia-Pacific.

Universally ratified in 1979, the UN CEDAW has been celebrated as one of the most powerful mechanisms for encouraging state action to eliminate violence against women and reduce gender inequities globally. Countries that have ratified the Convention, considered an international bill of rights for women, commit to changing their laws to uphold women’s rights, including health-related rights, through reviews and recommendations provided by the UN CEDAW Committee every four years.

Yet there has been no systematic analysis of the effectiveness of the review system in motivating government action. In other words, there has been no assessment of which recommendations have actually been acted upon by governments to improve women’s health in the Convention’s 42-year history.

By collating all health-related recommendations and analysing the extent of their implementation, as reported by participating governments, the CEDAW Implementation Map on Women’s Health provides regional insight into how governments are acting or failing to act in meeting their obligations to alleviate health inequities experienced by women.

A total of 368 UN CEDAW recommendations (61%) were either not implemented or unacknowledged, with the largest proportion falling into the categories of legislation and policy change (23%), access to justice (19%), health system strengthening (11%), awareness campaigns (9%) and data collection (8%).

Such a high number of unacted upon recommendations suggests the need for stronger follow-up processes in UN CEDAW reviews to ensure that more action is taken by governments to address their women’s rights shortcomings.

Enough excuses
There is often an assumption that well-resourced, politically stable countries are better and more diligent in implementing UN recommendations. Interestingly, the Map did not find this to be the case. Asia-Pacific countries that have been in crisis were fully implementing 40% of the recommendations to eliminate discrimination against women, compared to 34% in countries not in crisis.

Some high-income countries faired particularly poorly in the analysis such as Australia, which had fully implemented only 25% of recommendations – far behind lower resourced countries such as The Philippines (60%), Indonesia (38%), Cambodia (71%) and Thailand (44%).

Such findings clearly demonstrate that not only is it entirely possible to implement international human rights obligations in low-resource settings, but that there is a greater need to shine critical spotlights on high-income countries who fall behind in responding to CEDAW recommendations.

If countries experiencing a humanitarian crisis can establish a human rights programme and develop women’s health programmes, there can be little justification or excuses from high-income countries that fail to meet their human rights obligations.

The Map also highlights areas where the UN CEDAW review system itself could be improved. Recommendations include improving accountability mechanisms, addressing civil society’s concerns regarding the design and implementation of initiatives, and increasing the number of recommendations relating to women’s leadership and empowerment. Only 2% of more than 600 recommendations provided by the UN CEDAW Committee involved women’s leadership and participation and none incorporated timeframes or benchmarks to facilitate government accountability during subsequent reviews.

US cancels trip by LGBTQ envoy to Indonesia after objection

The Map also found that there was limited focus on women who are experiencing intersectional or multiple discrimination, whether from living in rural areas, in poverty, or belonging to an ethnic minority. This suggests the need for the Committee to deepen its understanding of how women experiencing cumulative discrimination may be disproportionately disadvantaged compared to other groups.

The CEDAW Implementation Map comes at a crucial time. The COVID-19 pandemic and global responses to it have worsened inequalities for women and girls, and risk setting back human rights progress by decades.

By providing a much-needed tool to hold governments accountable, the Map’s findings can help prompt effective action to address poorly designed laws, policies and programmes that increase women’s vulnerability during the pandemic in Asia-Pacific – home to 60% of the world’s population and 2 billion women and girls.

The Map’s up-to-date analysis of the strengths, weaknesses and implementation gaps specific to the region can also guide governments to design effective legislation, particularly in countries where existing initiatives are inadequate, poorly funded or unacceptable to the affected women.

The project team, led by Dr Janani Shanthosh, are working on linking government action based on CEDAW recommendations to the UN Sustainable Development Goals (SDGs) to better understand how the review process aligns with SDG targets, and where it is helping to improve government accountability on SDG implementation.

Ultimately, the Map’s aim is to help facilitate constructive dialogue among governments, human rights advocates, global health researchers and the many other actors working to advance women’s health, as well as improve the efficiency and effectiveness of UN agencies involved in strengthening women’s rights – all of which is welcome news at such a critical time when effective strategies are urgently needed to protect and advance women’s health.

The team also plan to develop a global database to extend the Map’s insights to every region of the world and are seeking support from interested organisations and social investors. If you would like more information about the project or how you can support its expansion, please contact Dr Janani Shanthosh at jshanthosh@georgeinstitute.org.au.

Next
Why Does Food Stick to Your Stainless Steel Pans? (And an Easy Way to Avoid It)