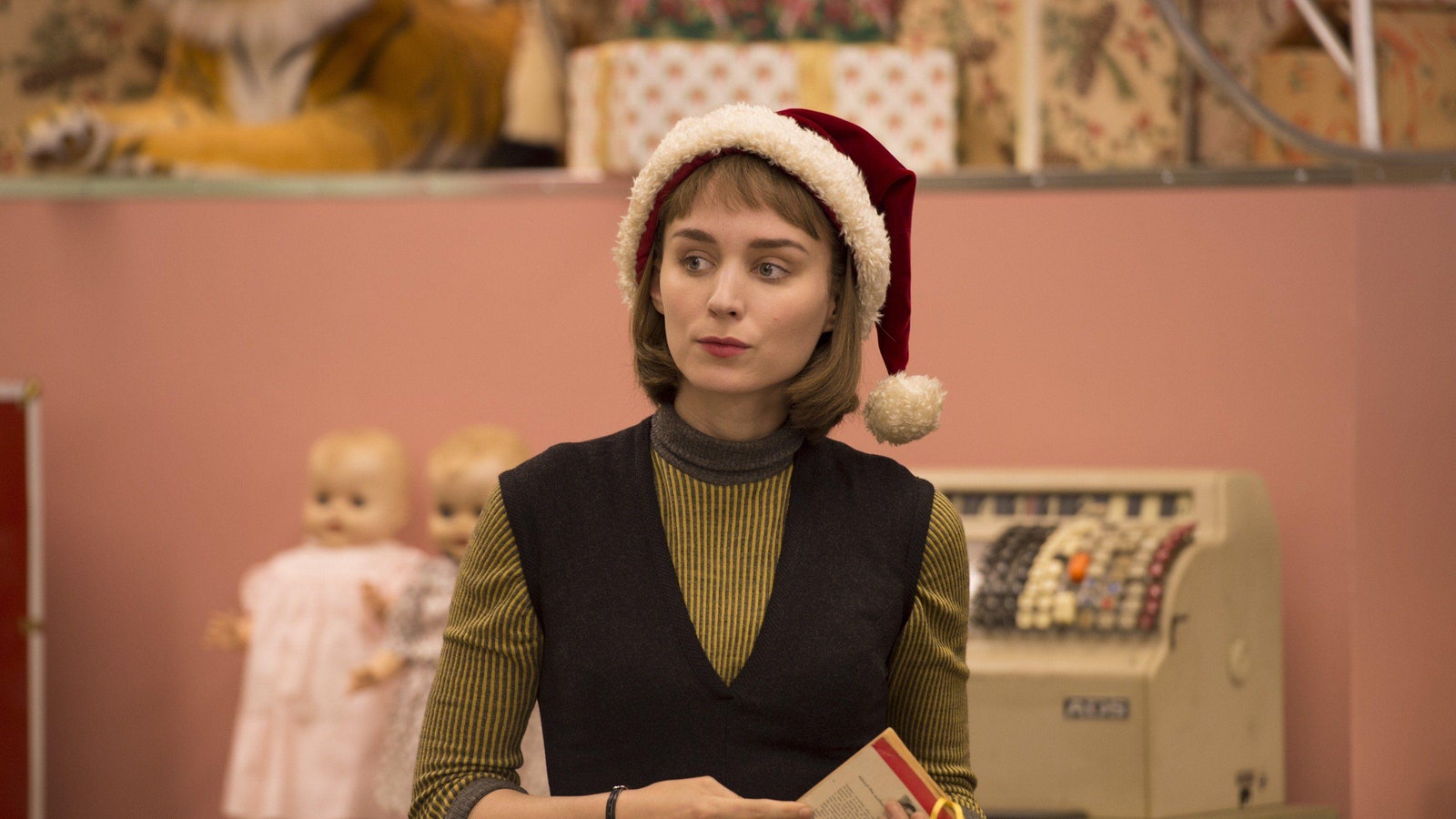 Even if you’ve never been a fan of the peculiarly schmaltzy genre that is the Christmas film, this is 2021 – meaning that, after almost two years of uncertainty and existential dread, watching one of the best Christmas movies of all time while downing a vat of mulled wine might just be the best way to get into the festive spirit. Of course, you should start with the real classics, like the ’50s Hollywood adaptation of A Christmas Carol as well as It’s a Wonderful Life – but there’s also a number of more contemporary releases to work your way through, from the Kristen Stewart-led charmer Happiest Season to Emilia Clarke’s romcom with a twist, Last Christmas.

Below, 21 of the best Christmas movies to binge watch now.

While You Were Sleeping

A pitch-perfect ’90s rom-com, While You Were Sleeping begins when lonely Chicago Transit Authority worker Lucy (Sandra Bullock) saves handsome commuter Peter (Peter Gallagher) from being crushed by the L train on Christmas day. In the almost Shakespearean confusion that follows, the now-comatose Peter’s family assumes that Lucy is his fiancé – a mistake she fails to correct – until she ends up spending more and more time with Peter’s equally charming brother Jack (Bill Pullman), and things get even more complicated.

Famously shot by Sean Baker on his iPhone 5, Tangerine centres on friends Alexandra (Mya Taylor) and Sin-Dee (Kitana Kiki Rodriguez), a pair of trans sex workers who spend Christmas Eve on a quest to find Sin-Dee’s pimp-slash-boyfriend Chester (James Ransone), who’s been sleeping with a cis girl while Sin-Dee has been in prison. This is not your average depiction of the “night before Christmas”, but God it’s an excellent film – and one that turns out to be surprisingly heartwarming.

If you tend to find the schmaltziness of Christmas obnoxious, prepare to fall for Billy Bob Thornton as a booze-soaked mall worker who uses his gig as Santa Claus to cover up his petty thefts. When he meets a desperately awkward (and Christmas-obsessed) boy named Thurman Merman, though, he ends up taking him under his wing, teaching him to stick up for himself with a little help from his girlfriend (played by Gilmore Girls’s Lauren Graham) and sidekick (Tony Cox). It’s still a feel-good movie, but with enough dark humour to keep cynics happy.

The Family Stone might be the most middle-class Christmas film ever made – but it’s still a joy to watch. The simple premise: anally retentive Meredith (Sarah Jessica Parker) heads to her boyfriend Everett’s (Dermot Mulroney) family home in Connecticut for the weekend, where his relatives take against her in a serious way – particularly his mother Sybil (Diane Keaton) and sister Amy (Rachel McAdams). Meredith’s questionable response? Calling in her own sibling Julie (Claire Danes) for back-up, only for Julie to catch Everett’s eye – and Meredith to drunkenly fall into the arms of Everett’s brother (Luke Wilson). Special mention to Meredith’s ill-fated Christmas dish, The Egg Strata.

No, none of the dozens of screen adaptations of Louisa May Alcott’s 19th-century novel is technically a Christmas film – but a) there’s never a bad time to watch a Greta Gerwig movie and b) some of the most memorable scenes from the 2019 version take place in late December, from Jo’s staging of a Christmas pantomime to Marmee’s decision to give the girls’ festive breakfast to The Hummels.

There are a number of brilliant queer Christmas films out there – hello, Home for the Holidays – but Happiest Season is a welcome addition, not least because Schitt’s Creek’s Dan Levy plays protagonist Abby’s (Stewart) Gay Best Friend. Anyone who can get through his speech about coming out without weeping is… a robot. It also happens to be directed by Clea DuVall – who played the girlfriend of Selena’s daughter Catherine on Veep.

Love it or hate it, this saccharine movie has got all the bases covered when it comes to Christmas feels: unrequited love, new romance, handsome strangers in cosy pubs, and a snowy English village that looks like it would be an absolute nightmare for Ocado deliveries. As guilty pleasures go, The Holiday tops the list.

There seems to be umpteen adaptations of Charles Dickens’ story A Christmas Carol in the world, but we think the 1951 version starring Alastair Sim as the miserly Ebenezer Scrooge is the best – with Michael Caine in the Muppets version coming a very close second, of course.

Elf, starring Will Ferrell as Buddy – a grown man who has accidentally been raised as one of Santa’s elves – has become something of a Christmas classic since its release in 2003. If Ferrell’s brand of comedy isn’t for you, then watch the film for Zooey Deschanel’s rendition of “Baby, It’s Cold Outside”. If that doesn’t make you feel Christmassy, then nothing will.

If the measure of a good Christmas film is how much it can make you cry (which it is), then It’s A Wonderful Life is the greatest festive movie of all time. James Stewart as the worn down and depressed family man George Bailey, visited by his guardian angel on Christmas Eve, has us weeping into our cheese board before the opening credits have even stopped rolling.

Richard Curtis classic Love Actually has become such a festive telly staple since its release in 2003 that we can’t remember a Christmas without it. From a young Keira Knightley to a dapper Hugh Grant and the late, great Alan Rickman, it’s a veritable who’s who of British romcom talent. We won’t hear a word against it.

How The Grinch Stole Christmas

Jim Carrey’s turn as the green-haired, pot-bellied, Christmas-hating Dr Seuss character is totally flawless (in our humble opinion). We might have watched The Grinch so many times that we can recite every line, but that only makes it better. And funnier. If you have to watch a kids film, make it this one.

When we were small, the thought of being left at home by our parents or stranded alone in a New York hotel room over Christmas seemed like the scariest, saddest thing imaginable. Now, it feels like it would be the dream Christmas experience (minus the bumbling burglars, naturally).

Christmas Eve starts off perfectly normally in ‘The Santa Clause’ – but when a suburban dad played by Tim Allen hears a noise on the roof, he assumes the worst and thinks the house must be getting burgled. Santa – startled to have been spotted – falls off the roof, and Allen is left to put on the suit himself, take the reins of the sleigh, and get delivering to save Christmas.

How better to lift yourself out of those end-of-year blues than a satisfyingly cheesy film built around the songs of George Michael? Penned by Emma Thompson and starring Emilia Clarke and Henry Golding, Last Christmas is quintessentially British with the biting humour to match. An instant festive classic.

Anyone who’s visited New York City during the Christmas season knows that Santa Claus lookalikes abound – but what happens when one of them is the real thing? In this 1994 remake of the 1947 classic, six-year-old Susan meets Kris Kringle, played by Richard Attenborough. All she wants for Christmas? A dad, a house, and a baby brother.

The festiveness of this Charles Dickens fable dials up to 11 when reenacted by singing, slapstick puppets. Packed with belly laughs, a heartbreaking Tiny Tim in frog form, and Michael Caine as Scrooge, it will make you want a Muppet version of every Christmas story.

The Shop Around The Corner

James Stewart and Margaret Sullavan are delightful as crotchety co-workers who fall for each other through an anonymous correspondence in this tender, low-key romcom shot in luminous black and white. Its Christmas Eve-set denouement is sure to make you swoon.

In the winter of 1952, a shy young salesgirl (Rooney Mara) recommends a model train set to a glamorous housewife (Cate Blanchett) searching for a present for her daughter. So begins a forbidden love story which plays out in snowy Christmas tree farms and low-lit tearooms.

Meet Me In St Louis

Hearing Judy Garland crooning “Have Yourself a Merry Little Christmas” is reason enough to watch Vincente Minnelli’s spirited account of the Smith family’s exploits in the run up to the World’s Fair. It’s visually dazzling, emotionally satisfying and tinged with melancholy.