Talk about a blonde bombshell. To follow up her infamous head-to-toe black look at the September 2022 event, Kardashian paid homage to an icon. The Kardashians star wore  Marilyn Monroe’s iconic crystal embellished gown that she wore to sing “Happy Birthday” to President John K. Kennedy to the Met Gala. To achieve the look, Kardashian dyed her hair platinum blonde and revealed that she lost 16 pounds in two weeks to fit into the dress, a revelation that courted controversy.

Her Marilyn moment continued to make headlines when it was alleged that Kardashian had damaged the gown. However, the Ripley’s museum, who purchased the dress for $4.8 million in 2016 and gave her permission to wear it, defended Kardashian. In a statement the brand wrote that the SKIMS mogul “did not, in any way, damage the garment in the short amount of time it was worn at the Met Gala.”

How the red carpet has not been renamed the Zendaya, we do not know. And while choosing a favorite fashion moment from the Dune star is nearly impossible, it was her two-piece look at the Oscars that was truly euphoric.

You best believe Swift was still bejeweled when she attended the 2022 MTV Video Music Awards and used her time on stage to announce that she would be releasing her 10th studio album, Midnights. She can still make the whole place shimmer.

All of Rihanna’s maternity looks deserved a round of applause, but we still have love on the brain for the ‘fit the singer wore to confirm she was pregnant—a half-buttoned Chanel coat ovr bare skin, a gold cross necklace and low-rise jeans. Mother!

The superstar delivered not one, but two instantly iconic fashion moments when she donned dual designer gowns to marry Ben Affleck in a surprise Las Vegas ceremony on July 16.

But the one J.Lo began the celebration in was a sleeveless white number with a classic boatneck neckline that she revealed was actually a “dress from an old movie.”

Leave it to the “Montero” singer to deliver a look this hair-raising at the MTV VMAs.

The “Juice” singer was the whole damn meal and dessert at the Emmys.

Moore was definitely more when the Oscar winner graced the Venice Film Festival in a stunning sheer Valentino gown and cape.

While Hathaway had arguably her most fashionable year ever, it was her homage to The Devil Wears Prada with this monochromatic Michael Kors ensemble that really stood out. That’s all. 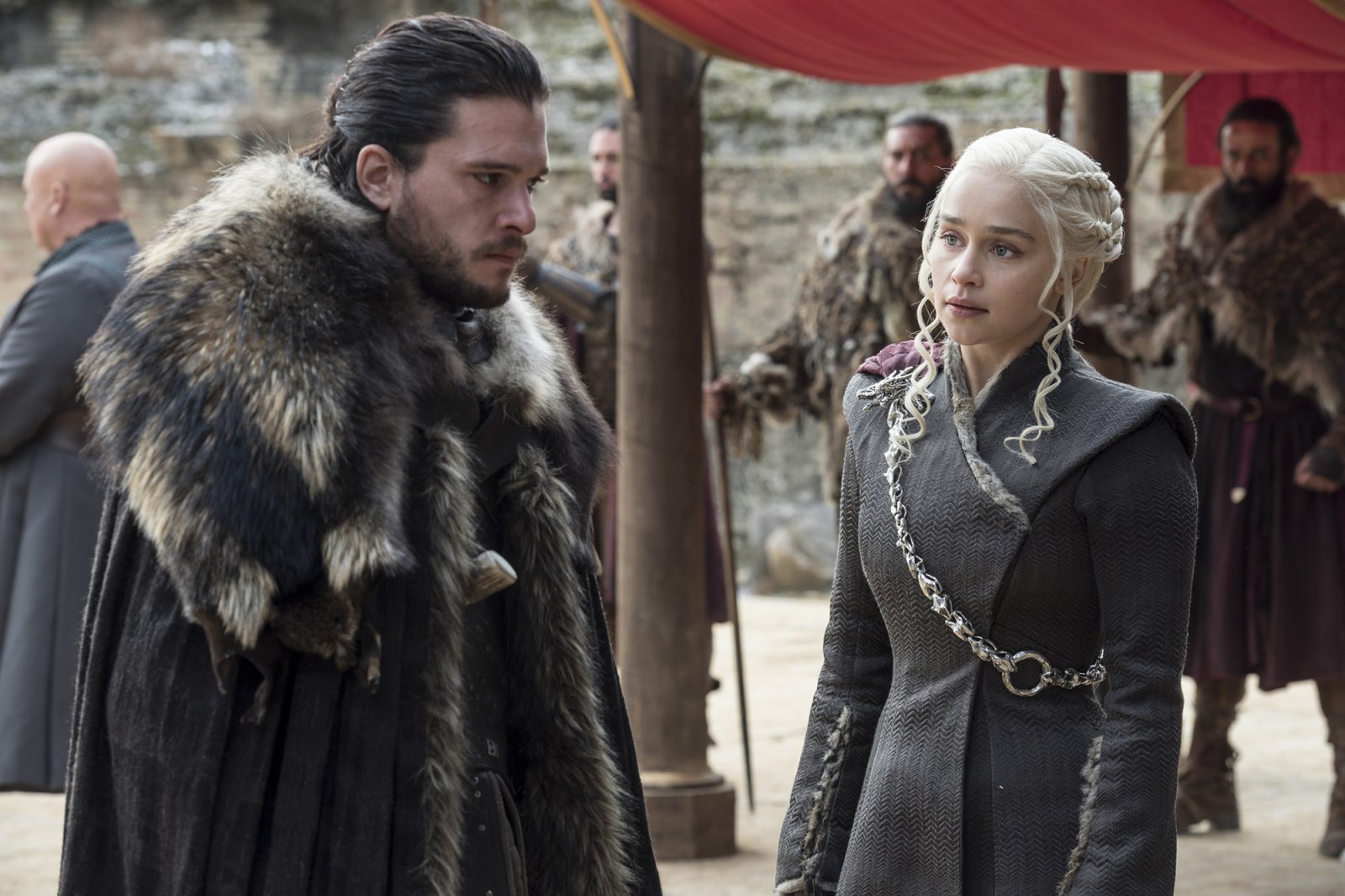 Previous
‘Game of Thrones’ Cast: What They Look Like Off Screen