Last year, in my early 50s and perimenopausal, I lost 20 pounds. I did this the old-fashioned way — by eating less and exercising more — and I enjoyed feeling my muscles become stronger and my jeans become looser. I never took my measurements, so I’m not sure what my waist size was at the beginning of the year and what it was at the end, but if I had to guess, I would say that I lost about a half of one centimeter in my waist. My thighs became thinner, and so did my hips, my butt, and even my face — but my belly fat barely budged thanks to menopause.

How is it possible, I wondered, that I could lose 20 pounds and still have the same waist size I did before? Was the problem aging? Lack of estrogen? Belly bloat? Or simply too many low-fat ice cream treats and not enough time at the gym?

There were only three ways to find out — and by that, I naturally mean: Read health and scientific articles and books, do more abdominal exercises, and study the Instagram account of Halle Berry.

What happens to belly fat during menopause?

Perimenopause is the time period (anywhere between two and 10 years) when estrogen and progesterone levels decline and menopausal symptoms ensue, but before actual menopause — which is defined as 12 consecutive months without a period — starts.

As estrogen levels fluctuate and drop, body fat is redistributed from the hips, thighs, and buttocks to the waist, and as progesterone levels decrease, cortisol levels increase, which can also cause the body to hold onto stubborn menopause belly fat.

In other words: Ugh.

Why Belly Fat During Menopause Is More Than Just a Bummer

There is more at stake than just bikinis and vanity when it comes to having a “meno-pot.” You may or may not like having big thighs, but they pose no health threat; belly fat, on the other hand, comes with an increased risk for mortality even with a normal BMI, and with an increased risk for heart disease, breast cancer, uterine cancer, diabetes, hypertension, stroke, sleep apnea, and many other serious and life-threatening diseases.

Your waist-to-hip ratio is a quick way to gauge your risk. Measure around the fullest part of your buttocks. Then measure around the narrowest part of your waist. Divide your waist measurement by your hip measurement. A healthy ratio is less than 0.8; the ideal is 0.74. A ratio greater than 0.85 is associated with the health risks listed above. Or, you can just go by the following guideline: According to the National Institutes of Health, a waistline of larger than 35 inches for women signals a significant increase in heart disease and diabetes.

How to Get Rid of Belly Fat From Menopause

There’s a reason “bulge” and “budge” are only one letter apart: the meno-bulge doesn’t budge very easily. But it only took obsessing over Halle Berry’s Instagram account for me to figure out that belly fat over the age of 50 is not inevitable. Berry, who was diagnosed with diabetes at 19, and who gave birth at 46, has a healthy diet that includes bone broth and no sugar. She posts videos of herself boxing with her personal trainer, who says she has the body and stamina of a woman half her age.

So as much as I wanted to throw in the towel and say, “Oh, well, I guess there’s nothing to be done! Might as well skip the gym today and have another Skinny Cow,” Halle Berry and her abs (darn her!/darn them!) made me feel I couldn’t justify doing so. Sure, she has wealth, fame, a personal trainer, great genes (wait, where was I going with this? Oh, yes…), but she still has to make great choices to be that fit.

So I decided to learn exactly what those “great choices” are to find out how the average woman’s menobulge can budge.

In The Hot Guide to a Cool, Sexy Menopause, author Barb Dehn writes that in her work as a nurse practitioner, she sees many women who basically starve themselves in order to reduce their menopausal weight gain in their stomach, and their bodies respond by slowing down and storing fat. She suggests eating frequent, small meals throughout the day to speed up metabolism.

Dehn also suggests keeping a food journal to eat mindfully rather than emotionally. Studies show that people who keep food diaries are more successful at losing weight and keeping it off than those who don’t; one study showed that those who kept a diary six days a week lost twice as much weight as those who only journaled once a week. This practice might be especially helpful for women going through peri/menopause, as we are definitely dealing with many emotional issues related to hormonal changes.

Sorry to disappoint anyone who was hoping to look like the Bond Girl and Academy-Award-winning star by eating French fries for lunch, but Halle Berry says that she avoids sugar and processed foods. This is also the advice authors Chris Crowley and Henry S. Lodge, MD give to women in their book Younger Next Year for Women: “Do not go on a diet, but quit eating crap.” They urge cutting out sugar and white starchy, processed foods and tell us to eat protein, fruits, vegetables, and whole grains instead. They add that if we’re exercising regularly, we’re automatically going to cut down on portions.

In general, aim for eating a diet of about 40 percent protein, 35 percent low-glycemic-index carbs, and 25 percent fat, writes Christiane Northrup, MD in The Wisdom of Menopause. (Note that it’s important these fats be “good fats” such as avocado, nuts, and olive oil.)

To eliminate or reduce menopause belly bloat, Dr. Northrup suggests eating three to five small meals per day, eating fruit alone rather than with protein, eliminating all breads and baked goods for at least a week (to see if you are gluten-sensitive), drinking plenty of water, taking probiotics and digestive enzymes, stopping eating at least three hours before bed, and eliminating alcohol.

The CDC recommends 150 minutes of moderate-intensity cardio per week to stay healthy; studies have also shown that cardio can fight menopausal belly fat.

Along with cardio, add strength training to your workouts. This is crucial to revving up your metabolism, as the more muscle you have, the faster your metabolism works — and as we age, we start to lose muscle mass if we’re not actively working to replace it. Strength train at least three times per week by using bands, weights, going to classes, using machines at the gym, or your own bodyweight with moves such as push-ups, lunges, etc. (In other words, not having a gym membership is no excuse not to strength train. I read about a woman who started with soup cans and moved up to gallon water jugs!)

It has taken me a little while, but I have come to truly enjoy the abdominal work I do on my own at the gym, imitating the fitness routines of female gurus on YouTube and Instagram, as well as the abs exercises we do at the end of my local barre class. I think it’s because while I may not always be able to see or measure it, I can definitely feel my progress: My abdominal muscles are becoming stronger. And according to David Zinczenko, author of The Abs Diet for Women, this is definitely a good thing. He reports that in a recent study of more than 8,000 people of over 13 years, researchers found that those with the weakest abdominal muscles had a death rate of over twice as high those with the strongest midsections.

While many studies have shown that poor sleep can cause weight gain, I am sure that telling poor sleepers to “get a good night’s sleep” is about as helpful as telling people with anxiety to “relax.” Luckily, these doctor-approved tips for how to get more sleep actually do work.

Stress — and menopause — lead to increased levels of cortisol, which is related to increased belly fat. Yoga has been proven to reduce stress. So make your spouse and kids do the after-dinner dishes: you have yoga class to attend. It’s for your health!

Full disclosure: I don’t take any of these supplements. (I would rather spend my hard-earned money on products that are scientifically proven to work, you know, like super expensive hair loss prevention shampoos, so I can’t personally vouch for their efficacy.) But after researching menopause belly fat supplements, I am listing a few I found on Amazon that have at least 4 stars and at least 250 customer reviews, so rest assured that at least many other consumers have had positive experiences with these products: Estroven Weight Management Menopause Relief Dietary Supplement ; Havasu Nutrition Extra Strength DHEA 50 mg Supplement ; and DrFormulas Menopause Supplements for Relief, Support and Weight Loss .

The decision to take hormone replacement therapy should be made seriously and with a doctor’s close consolation. But for those who find HRT might be right for them, there are advantages in terms of losing menopause belly fat. Mache Siebel, MD, author of The Estrogen Window, writes that researchers at the University of Colorado gave medication to a group of pre-menopausal women to temporarily induce menopause. Half the group was then given a placebo; half the group was given estradiol (an estrogen replacement medication). The women who did not take estradiol developed more belly fat. This study showed researchers that belly fat is not just a matter of aging, and that HRT can help fight menopause weight gain in the belly.

After following most of the advice listed above, I’m happy to say that my waist-to-hip ratio is at a healthy number and my waist size is well below the number that is so dangerous for diseases and mortality — so at least we know the bulge can in fact budge. I may or may not have Halle Berry’s washboard abs, but since my own Instagram photos are fully clothed, often wearing fall coats, carrying the pug (who would make anyone look svelte, bless her heart), the world will never know.

Previous
Halsey Has a Buzzcut Again 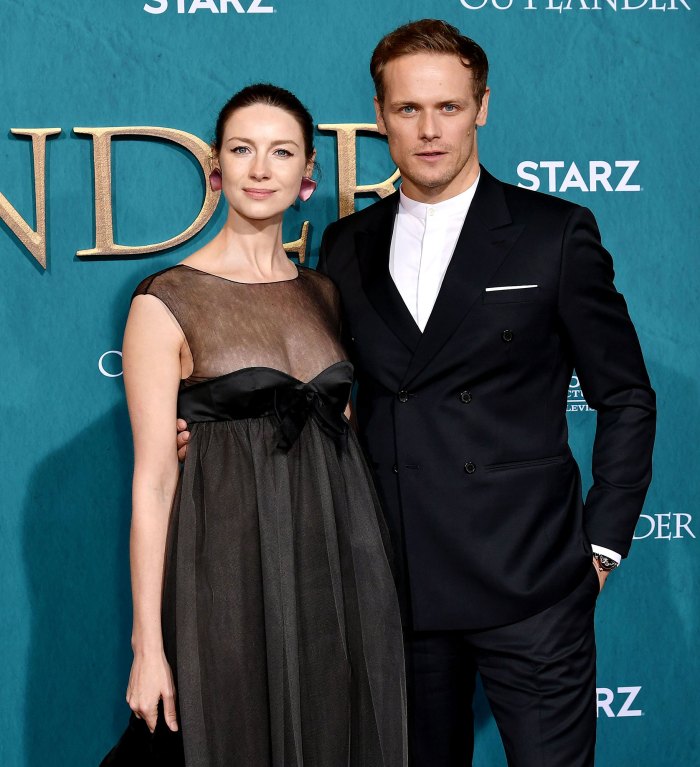