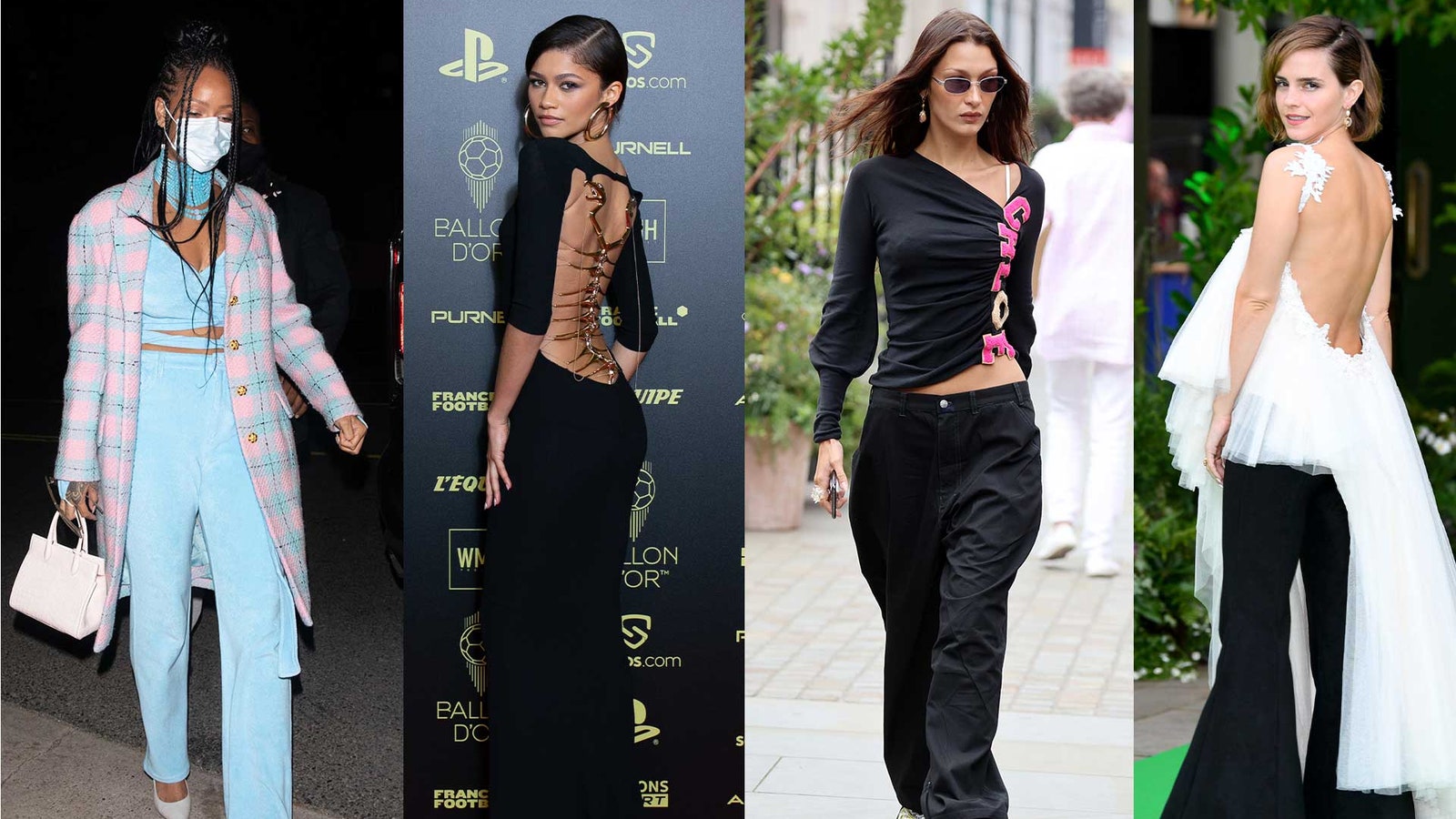 10 Stars Who Flew The Flag For Sustainable Fashion In 2021

2021 has seen the fashion industry ramping up its efforts to reduce its impact on the planet. But it’s not just brands that are taking action, with a number of celebrities, too, flying the flag for sustainable fashion this year. Whether by wearing vintage or opting for an eco-minded designer, A-listers have a powerful role to play in influencing our shopping habits, and making conscious fashion the norm.

Below, we round-up 10 stars who championed sustainable fashion this year.

Bella Hadid is well-known for her love of vintage, with her penchant for archival Jean Paul Gaultier, Comme des Garçons and Stella McCartney-era Chloé only continuing to grow this year. She’s also added some more unexpected brands into the mix, including a micro skirt from Noughties favourite Abercrombie & Fitch.

Another JPG obsessive, Kendall Jenner has given us some of our favourite vintage looks of the year, including this printed sheer number by the French brand. The model is also a fan of eco-conscious brand Havre Studio, which restores and refits vintage men’s suits found at flea markets in Mexico City.

From Chanel to Dior by John Galliano, Rihanna’s shown off a series of envy-inducing vintage pieces in 2021. She’s also continued to champion New York-born and London-based designer Conner Ives, who repurposes vintage jerseys and silk scarves as part of his approach.

Angelina Jolie is known for her environmental work, so it’s no surprise that the actor and activist has taken a conscious approach to her wardrobe this year. For a trip to Paris in July, she opted for looks from both Gabriela Hearst and Chloé, the latter of which gained B-Corp status this year. Later on, her children appeared on the red carpet wearing past looks from her wardrobe, including her 2014 Oscars gown.

Another star known for her environmental activism, Emma Watson has also championed a number of eco-minded brands this year. The actor wore an upcycled Harris Reed dress to the Earthshot Prize ceremony, while opting for an Emilia Wickstead look made using recycled yarn to meet Al Gore. Watson also later chose a full-look by Scandi upcycling brand Rave Review during Cop26, the United Nations climate conference, in November.

Zendaya has delivered some of her best looks to date in 2021, including a series of vintage pieces – ranging from ’90s Versace to Noughties Roberto Cavalli. With the British Vogue October issue cover star revealing she’s creating an archive with stylist Law Roach, it just goes to show how a slice of fashion history can make a real statement on the red carpet.

It’s no secret that Timothée Chalamet sets the internet alight with every look he steps out in – which is why it’s great news that he’s been championing sustainably-focused brands. They include Stella McCartney, a favourite of his, as well as pieces from Prada’s Re-Nylon range – made from discarded fishing nets and other plastic waste

‘Harry Potter’ Stars: Where Are They Now?

Lorde showed her commitment to sustainable fashion by wearing not one but two eco-minded looks on the night of the Met Gala. First came the embellished separates by Emily Bode, which celebrated craft and featured charms, beads and pennies dating back to the 1890s. Then, there was the after-party dress by Collina Strada (a brand that she also chose for her “Solar Power” video).

The Duchess Of Cambridge

Arguably the most famous repeat-wearer out there, the Duchess of Cambridge chose to rewear two Jenny Packham gowns (including one that was a decade old) for her appearances at the Earthshot Award ceremony and Royal Variety Show this year. Away from the red carpet, Kate also championed sustainability, opting for a recycled vest from Ganni during Cop26, and a top-handle bag from British brand Tusting earlier on in the year.